Today, Ana continues with her attempt to READ ALL THE THINGS BY DIANA WYNNE JONES! with The Homeward Bounders and Black Maria, both really, really good additions to her keeper shelf. 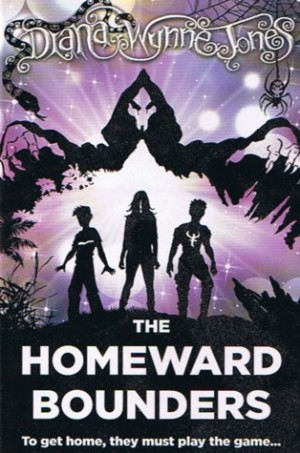 “You are now a discard. We have no further use for you in play. You are free to walk the Bounds, but it will be against the rules for you to enter play in any world. If you succeed in returning Home, then you may enter play again in the normal manner.”

When Jamie unwittingly discovers the sinister, dark-cloaked Them playing games with humans’ lives, he is cast out to the boundaries of the worlds. Clinging to Their promise that if he can get Home he is free, he becomes an unwilling Random Factor in Their deadly, eternal game.

Jamie travels alone until he teams up with Helen and Joris, determined to beat Them at Their own game. But Their rules don’t allow Homeward Bounders to work together.

They are always watching and when Jamie discovers just exactly what They are doing, it is already too late. They are playing a game with all of our lives and Jamie is now a discard, a random factor, cursed to travel through worlds until he is able to go back Home once more. Years go back in which Jamie goes from despair and loneliness to creating connections with other discards – until the final confrontation against Them.

I am thinking that The Homeward Bounders (Harper Collins; first published in April 1981) is perhaps, the darkest Diana Wynne Jones book I’ve read so far. But incredibly optimist in a roundabout way? It’s complex- just as complex as the world-building, the relationships that develop between Jamie and other discards and the themes explored in the novel are. This is a story that deals with multiple aspects concerning religion, slavery, arbitrary forces influencing and/or controlling the lives of common people and free will in that context. More importantly, there is an examination of hope and how hoping can be both a positive and negative thing.

The ending is particularly heart-wrenching and it came like a punch to the gut – it’s inevitable and fits the story perfectly but oh boy, was it hard to read. 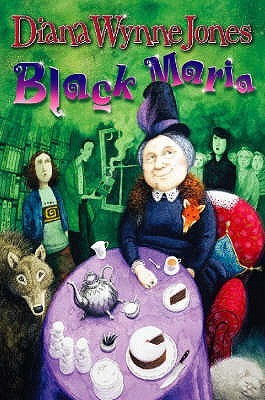 In Cranbury-on-Sea Aunt Maria rules with a rod of sweetness far tougher than iron and deadlier than poison. Strange and awful things keep happening in Cranbury. Why are all the men apparently gray-suited zombies? Why do all the children — if you ever see them — behave like clones? And what has happened to Mig’s brother, Chris? Could gentle, civilized Aunt Maria, with her talk and daily tea parties, possibly have anything to do with it?Diana Wynne Jones once again has created a fantastic, magical world. Her brilliant storytelling and wonderful sense of humor totally involve the reader in the lives of a lovable young heroine and a villainess readers will love to hate.

After her father dies in a car accident, Mig’s family go to visit Aunt Maria over the Easter Holidays in the small town of Cranbury-on-Sea. Soon after their arrival, Aunt Maria starts to show a manipulative side that only Mig and her brother Chris seem to notice. More than that, they see that there are other weird happenings all around them: all the men in town behave like zombies, and the women orbit Aunt Maria, coming every day for tea and cakes – and perhaps more sinister things.

One of the things I like the most about Diana Wynne Jones’ books is how they always surprise me. Take Black Maria (Also published as “Aunt Maria“; Harper Collins, first published in 1991) for example. There I was reading what seemed like a book about a young girl named Mig and her insufferable elderly great-aunt Maria. Until it became a book about a very sinister woman, about a town beholden to magic, with a story that offers a powerful examination of gender roles at its core and as if those weren’t enough, THERE IS ALSO TIME TRAVEL. Mig’s narrative – her autobiography as a budding novelist – is perhaps the best thing about the book. Funny and astute, questioning and thoughtful, Mig is a great, pro-active heroine. She keenly observes and investigates what is going on in Cranbury-on-Sea and the unveiling of its mysteries kept me turning the pages as fast as I could.