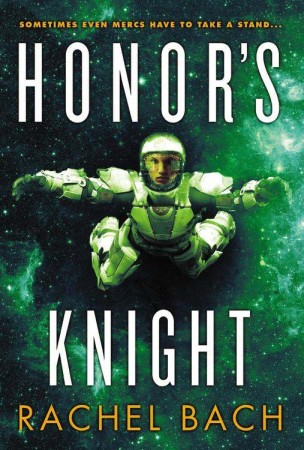 Devi Morris has a lot of problems. And not the fun, easy-to-shoot kind either.

After a mysterious attack left her short several memories and one partner, she’s determined to keep her head down, do her job, and get on with her life. But even though Devi’s not actually looking for it — trouble keeps finding her. She sees things no one else can, the black stain on her hands is growing, and she is entangled with the cook she’s supposed to hate.

But when a deadly crisis exposes far more of the truth than she bargained for, Devi discovers there’s worse fates than being shot, and sometimes the only people you can trust are the ones who want you dead.

Stand alone or series: Book 2 in the Paradox series

Why did we read this book: We both really liked book 1 in the series, so it was a no-brainer that we’d read the sequel.

**WARNING: This review contains unavoidable spoilers for Fortune’s Pawn. If you have not read book 1 and wish to remain unspoiled, look away!**

When I reviewed Fortune’s Pawn I made three qualifiers about that book: I called it a “fun space opera” with a nebulous Plot of Secrets; I said I loved its main character Devi; and I said I wasn’t entirely convinced by the romance. I really liked that book.

Now, Honor’s Knight? Honor’s Knight I loved. It took everything I loved about Fortune’s Pawn and made it better. It took the elements I wasn’t sure about and developed them in a way that I am now completed on-board for the long run. In my experience, it is a rare thing when a second book in a series is not bogged down by repetitious storylines that seem to work solely as set-up for a third book. Although obviously a part of a trilogy (i.e. not a stand-alone), Honor’s Knight is not a rehash of the first book, its characters’ experience a clear progression and the way the story developed surpassed my expectations.

From the beginning of this book we, the readers, know things that its main narrator Devi doesn’t: we know what happened to her at the end of Fortune’s Pawn and we know that her lover Rupert has tampered with her memories of not only their romance but of the events that took place then. That in itself becomes part of the ongoing story until the moment comes when Devi needs to get her memories back (when it becomes essential for her to impart the information she has with the other members of her crew). The reason behind the latter connects with the ongoing, overarching plot and the secrets kept by the crew of the Fool. In addition, the black stain that covers her hands from time to time, the phantoms that she sees are also equally important aspects of the story.

The interesting thing here is that it’s hard to pick a side because it is easy to see where all of the concerned are coming from. Do you sacrifice the few for the greater good? What happens if you do? What happens if you don’t? Devi is now a central figure in this decision-making that can potentially save or destroy the universe. Although I am not usually a fan of the “One Special Hero To Save Them All”, I found the moral and ethical conundrums that Devi is now facing to be engaging and thought-provoking.

One of the best aspects of it is that Devi is a merc and she approaches her decision-making as a merc. She is fully aware that she is a killing machine – she has no qualms about it. Same thing can be said about other characters, most of them soldiers in an ongoing war. The question of “lines being crossed” is one that affects them all profoundly, regardless of who they are. I loved Devi in the first book, but in Honor’s Knight, I grew to appreciate most of the secondary characters. This book made me feel for them all but especially for Maat and the Daughters.

As for the romance. I was worried about it because Rupert’s actions at the end of book 1 are unforgivable. He tempered with Devi’s memories without her consent and I worried that this would have been brushed off as “he did it for love”. Worst of all, at the start of this second book, he does other things that are equally terrible. I am glad to report that his actions are understood by him and Devi as terrible. Although Rupert is suitably contrite and willing to grovel and make amends, I appreciate how Devi is not ready or willing to forget and trust again. But with everything that is going on in terms of world-building, Devi’s strong personality, Rupert’s motivations and genuine belief in his cause, it is possible for me to not only believe in redemption but to want that redemption to happen.

I will say this thought: the fact that Devi – and as a result, the reader – has access to some of Rupert’s more heart-breaking memories is perhaps a bit too contrived because it creates shortcuts for his redemption when there should have been none.

This is, in other words, the very best kind of SciFi that is equal parts fun (all the action and fighting sequences!) and provocative. Honor’s Knight is a better book from his already good predecessor: it is ambitious, the writing is smoother, the main character’s voice more assured and the romance finally works for me. Can’t wait for the final book in the series. HURRY UP, APRIL.

Like Ana, I highly enjoyed Fortune’s Pawn and getting to know this space merc with a mouth, Devi Morris. I was instantly caught up in the story as she – an ambitious, hyper-competent, unapologetic badass – makes her way aboard the Glorious Fool on a mission to advance her already outstanding career to the next level. I read with heart-pounding excitement as Devi faced obstacle after obstacle aboard the Fool, including but not limited to a pigheaded security partner, a mysterious Cook who is not just a Cook, and secrets upon secrets upon secrets. At the end of Fortune’s Pawn, Devi has really stepped in it – she’s discovered some unsavory truths about her Captain Caldwell and her lover Rupert, leading to some Hugely Devastating Shit to end the novel. That is, Rupert erases Devi’s memories – he does it to protect her and keep her alive because he loves her, but that doesn’t mean it’s a forgivable act.

Enter Honor’s Knight. In book 2, Ana is quite right in saying that this is a new game in which we, the readers, know more than protagonist Devi. We know, for instance, why she feels revulsion and confusion when she looks at the ship’s cook, and we’re seriously worried when Caldwell starts asking Devi what she can remember. I agree with Ana in that this is definitely the better of the two books so far, largely because Devi’s character is given more depth and range (beyond being the angry, abrasive, superstrong mercenary). I’m not talking about vulnerability because she’s lost her memories (although that is true to a certain degree); I’m talking about the fact that Devi starts to make decisions and become proactive, as opposed to reactive, about key issues in the text. This depth applies to secondary characters, as well – for example, Rupert becomes more than just the sexy stranger with a secret (basically his character in the first book), and we see his angst and regret for the things he’s done and for his forever changed relationship with Devi. (That said, personally I’m not a huge fan of Rupert’s – especially not after the last book – and the tense romantic entanglement isn’t doing too much for me.)

While I’m still not completely sold on the romance, the good thing is the depth of character development in Honor’s Knight also applies to a greater sense of worldbuilding and scope of the series overall. We get to see other planets and are exposed to non-human (utterly non-human!) cultures in this book, which is fantastic. I particularly loved that Basil (the plucky – pun intended – avian alien aboard Glorious Fool) is given a little more range as we see his home planet for the first time and understand how removed his alien society is from humanity. More importantly, however, are the much broader plot developments regarding the overall series arc – in which the Good and the Bad sides of the force are actually much closer (and less binary) than one might think. As Ana says, you can see and feel the different sides of this larger, almost apocalyptic-scale conflict. And that is awesome.

Now. I would be remiss if I didn’t point out something that I continue to ponder while reading the Paradox series overall. Like its predecessor, Honor’s Knight continues to explore some very basic tenets of Urban Fantasy (yes, this is outer space, but the plotting and tropes within, down to the narrative style, is very UF). Devi’s character is falls very much in the grand UF tradition of the tough, deadly heroine with a big set of guns/knives; there’s also the tortured romance between her and a supernatural kind of love interest; moreover, in this book Devi is also an amnesiac heroine. That’s not to say that any of this is bad. I love Urban Fantasy and its archetypes! Like any work of fiction, it’s about the journey and how the book plays within those archetypes that determines its success. In this regard, Honor’s Knight does a great job. All of the tropes are present, but the usual amnesiac heroine thing didn’t really bother me because the writing is so good, there are actual consequences for prior actions, and the overall storyarc builds on the tension from book 1. This is all very good stuff. On the negative side, it means that there’s nothing really new or exceptional here. This is just my opinion and my own personal enjoyment level with the book – I appreciate the growth in Devi (and Rupert!)’s character, but I hope that the series will transcend archetypes and do something to blow my mind.

As they say, your mileage may vary.

The good news is, there’s one more book to go in this series, and I for one cannot wait to see how it all shakes out.

Reading Next: The Moon is a Harsh Mistress by Robert Heinlein