Short Story Roundup: The Too-Clever Fox and The Water That Falls on You From Nowhere

It’s SFF awards season! The Hugos and the Nebulas are now open for nominations, and after running through our longlists earlier this week, I found myself appalled at the lack of short stories, novelettes, and novellas I had read and reviewed in 2013.

In order to rectify that discrepancy, I’m attempting to read a bunch of short fiction before ballots are due. Today’s my attempt at two Tor.com originals: The Too-Clever Fox by Leigh Bardugo and The Water That Falls on You from Nowhere by John Chu. 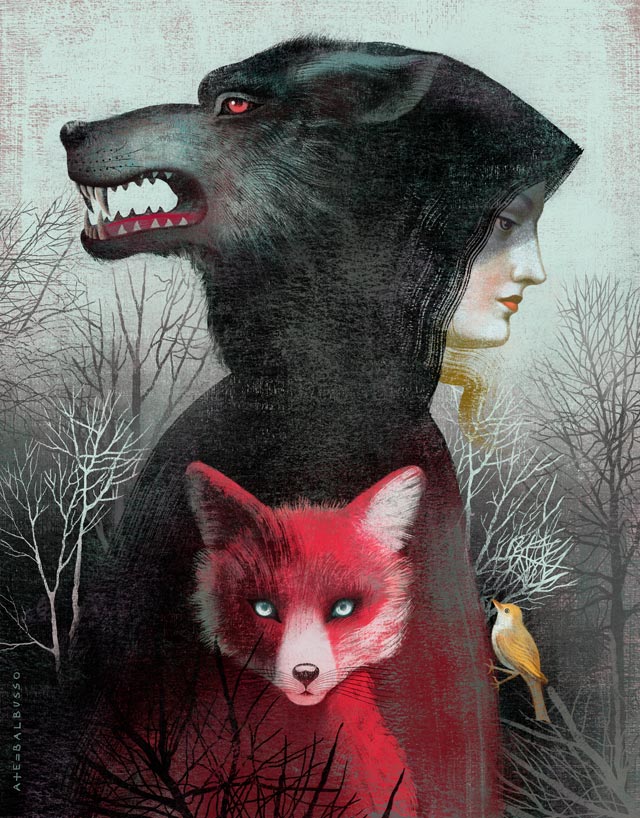 In Ravka, just because you avoid one trap, it doesn’t mean you’ll escape the next. This story is a companion folk tale to Leigh Bardugo’s novel, Siege and Storm, the second book in the Grisha Trilogy, out now from Henry Holt and Co.

This story was acquired for Tor.com by Henry Holt editor Noa Wheeler.

I’m cheating a little bit with this review – while I did read and highly enjoy Shadow and Bone (book 1 in the Grisha Trilogy), I have not yet read Siege and Storm. I figure that by the time I do read that novel, I’ll have an extra layer of insight thanks to The Too-Clever Fox, which is a companion story to that second novel.

In the snowy woods of Ravka, a fox is born. Ugly and small, on his birthday this sickly young kit evades his very first trap – his mother’s jaws. Over the years, Koja (ironically, “handsome”) escapes many such traps by virtue of his cleverness – a hunting snare, a pack of dogs, even a great bear named Ivan Gostov. When a great feared hunter named Jurek, and his beautiful but withdrawn half-sister Sofiya arrive in the woods, however, Koja has met his match.

Bardugo’s tale is a blend of familiar fairy tale staples: the trickster fox, and the too-clever creature (who usually pays the ultimate price for arrogance). The fairy tale elements of The Too-Clever Fox are ultimately very familiar, but this inspires a sense of nostalgia rather than boredom thanks to Bardugo’s beautiful prose and sense of timing. In this reader’s opinion, modern fairy tales often feel recycled and boring because they take too long with the telling. I’m reminded of Philip Pullman’s introduction to his collection Fairy Tales from the Brothers Grimm, in which he says that flowery, excessive language has no place in a fairy tale. These tories must move quickly, with just enough information given to keep the reader engaged and moving forward to the next act.

The Too-Clever Fox does this to perfection. Bardugo trims the excess and tells a neat, powerful and beautifully written fable. (I can only imagine how much better I’ll like it when I know how it relates to the Grisha series!) On its own, The Too-Clever Fox is very, very good. 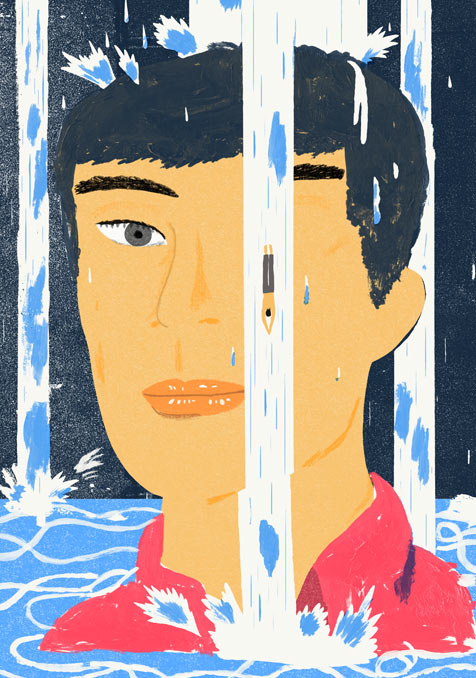 The Water That Falls on You from Nowhere

In the near future water falls from the sky whenever someone lies (either a mist or a torrential flood depending on the intensity of the lie). This makes life difficult for Matt as he maneuvers the marriage question with his lover and how best to “come out” to his traditional Chinese parents.

This short story was acquired for Tor.com by consulting editor Ann VanderMeer.

Naturally, the people of Earth have had to make some adjustments to their daily lives. With every lie comes a deluge of cold, distilled liquid, meaning falsehoods are slightly harder to disguise. For some, the water is a fascinating challenge; for those like Matt, who has a hard time admitting his true emotions or opening up to anyone, the water is an omnipresent force. Matt is in love with his boyfriend Gus, even ready to marry him, but has the problem that he’s never actually come out to his traditional Chinese family. With Gus in tow, Matt makes the journey home for Christmas to break the news and tell the truth – the water from above, waiting.

To sum up my experience with John Chu’s The Water That Falls on You From Nowhere: WOW. Wow. This is the stuff that great short stories are made of. The Water That Falls on You From Nowhere is a sad, sweet tale about a young man coming out to his family and the challenges and fears therein. It’s also a love story between opposites Matt (he of the guarded emotions) and Gus (passionate and spontaneous) – on a deeper level, it’s Matt’s story of taking risks and not being afraid, of either love or reprove. Often, I find it hard to connect with characters in short fiction because a reader’s time with these figures is so brief – but in Chu’s story, one can’t help but immediately sympathize with Matt. His struggles to be truthful with the man he loves, to come out to his traditional mostly non-English speaking family (while his English-only speaking partner watches on) is heart-wrenching, emotional stuff. Another plus: John Chu’s beautiful writing, as the story is told from Matt’s point of view.

The fantasy element here may be slight – it’s just the presence of water that falls on a person when they lie – but the premise is profound. If there suddenly were such repercussions for falsehoods, how would that change the very makeup of daily life, or relationships? The water in this story might be firmly on the fringes of the tale, but it’s an important guiding and irrepressible force; it’s a powerful metaphor for Matt’s coming to terms with his family and honesty.

In that sense, this short story actually feels like it could find an equal home with readers of literary fiction just as it has with lovers of speculative fiction – and isn’t that the mark of a truly great fiction? The Water That Falls on You from Nowhere is a polished, profoundly moving story about family, love, and personal truth, and I loved it dearly. This will absolutely make my nomination ballot for the Hugo Awards this year.

To leave you with a sample:

“Mandarin doesn’t have gender-specific third person pronouns. Well, the written language does, but it’s a relatively recent invention and they all sound the same and no one really uses the female and neuter variants anyway. And it’s not like there aren’t words for ‘boyfriend’ or ‘girlfriend’ but I always refer to you as ‘??.’ It means ‘sweetheart,’ ‘lover,’ ‘spouse.’ And never using your name isn’t all that unusual. Names are for friends and acquaintances. Members of your family you refer to by title—”

When Gus interrupts me, the only thought in my mind is “Did I just tell him that I call him my spouse to my parents?”

“Wait. Slow down.” Gus’s intellect trains on me like a sharpshooter. “The way you talk about me to your family, we might as well be married?”

“Yes.” My stomach is in my throat. The world bobbles around me and I’m stumbling at a cliff’s edge.

“Yes.” His bullet strikes my heart and I’ve just crashed on the rocky shore.

“Hmm.” He wears his “I’m going to fix this” face, but then it hardens into that grim, stony thing that breaks my heart. He nudges himself against me then holds me as if only I can fit in that gap between his arms and chest. “We can’t marry until you’re ready to come out to your family. I’ll wait as long as you want.”