Today, Ana reads her first ever Sarah Waters (I KNOW). 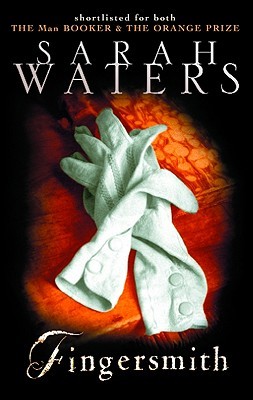 Sue Trinder is an orphan, left as an infant in the care of Mrs. Sucksby, a “baby farmer,” who raised her with unusual tenderness, as if Sue were her own. Mrs. Sucksby’s household, with its fussy babies calmed with doses of gin, also hosts a transient family of petty thieves?fingersmiths?for whom this house in the heart of a mean London slum is home.

One day, the most beloved thief of all arrives?Gentleman, an elegant con man, who carries with him an enticing proposition for Sue: If she wins a position as the maid to Maud Lilly, a naïve gentlewoman, and aids Gentleman in her seduction, then they will all share in Maud’s vast inheritance. Once the inheritance is secured, Maud will be disposed of?passed off as mad, and made to live out the rest of her days in a lunatic asylum.

With dreams of paying back the kindness of her adopted family, Sue agrees to the plan. Once in, however, Sue begins to pity her helpless mark and care for Maud Lilly in unexpected ways…But no one and nothing is as it seems in this Dickensian novel of thrills and reversals.

It was supposed to be the perfect plan, to be executed with precision and simplicity.

Sue Trinder is a fingersmith, a petty thief who learnt about her craft from her adoptive family growing up in a London slum. The head of their household – which doubles as baby farm and fingersmith central – is Mrs Sucksby, the only mother figure Sue has ever known. It is her need to repay all the kindness and protection she received from Mrs Sucksby that leads Sue to say yes to the plan proposed by Gentleman, one of her adoptive “siblings”.

Aided by Gentleman, Sue is to win the position of lady’s maid to one Maud Lilly, a meek, good-hearted gentlewoman who is set to inherit a vast fortune once married. Sue would be then in the perfect position to aid Gentleman – a sophisticated con-man posing as artist – in seducing Maud into marrying him. Once that is achieved and Gentleman gets hold of Maud’s fortune (to be shared with Sue and Mrs Sucksby), Maud is to be disposed of, sent to a madhouse to spend the rest of her days.

So: get in, seduce Maud, get her fortune, send her to the madhouse, get out.

But in between the getting in and the getting out, the “seducing” and the “sending Maud to the madhouse” parts don’t go exactly according to plan. Because once there, Sue starts to first pity naïve, sheltered Maud and then to deeply care for her, inexorably falling in love with the other girl. An unexpected connection forms between them and before long Sue is regretting the role she will – because there is no going back – have in Maud’s destruction.

Then the first part comes to its conclusion and with it, we see the first of many plot twists. The second part starts, and it’s now Maud who narrates. Maud, who might not be as good-hearted and naïve as Sue made her to be.

From the many unexpected twists and gripping narrative build-up leading to the exquisite ending (my heart), everything about Fingersmith is almost tone-perfect. I loved the relationship formed between Sue and Maud especially the way that each of them express their latent love for the other.

In the midst of a lot of misdirection and lies, their mutual desire and growing admiration rang so true (bonus point for including different interpretations of the word “fingersmith”).

Another important, essential aspect of the story is the way that not only personal but also public history inform people’s lives especially how the past can take hold. Both in terms of lived, experienced history that inform one’s actions but also in what we learn and are told about “what happened”. Those directly impact the issue of identity and awareness that become the pinnacle of each character’s growth into fully fledged women in charge of their own history. More specifically: who are Maud and Sue? How much of the way they grew up impact who they are now; how much who they were when they were born means?

Fingersmith is a book that serves a well-filled Gothic spoon too: everything that happens, happens with dramatic excess and to a chilling effect. I think the spoon overflows though when it comes to the mental asylum and treatment of mental illness as portrayed in the book. That, of course, had to be the most horrible place of all time, overseen by crooks and evil nurses bent on torturing the “inmates”. I believe that around the time the book takes place (late Victorian era), advancement had been made in the provision and supervision of institutions such as these which gave a false tone to this particular part of the book – which unfortunately also happened to be its most unnecessarily prolonged part. In fairness though, it is for a reason that the specific place was chosen by Gentleman and it was in a particularly remote location too.

A Historical thriller with a heavy side of Gothic and a narrative that made me think of Wilkie Collins and that features ladies being sneaky and falling in love and in lust, Fingersmith is everything I hoped it would be. I’ve had it on my TBR for years. YEARS. Imagine that: such a brilliant book languishing, forgotten in my shelves without being read. It’s almost too much to bear *inserts dramatic Gothic exclamation*!!

My name, in those days, was Susan Trinder. People called me Sue. I know the year I was born in, but for many years I did not know the date, and took my birthday at Christmas. I believe I am an orphan. My mother I know is dead. But I never saw her, she was nothing to me. I was Mrs Sucksby’s child, if I was anyone’s; and for father I had Mr Ibbs, who kept the locksmith’s shop, at Lant Street, in the Borough, near to the Thames.

Additional parts: So…my first Sarah Waters! It was brilliant! What should I read next?

Also, anyone watched the BBC adaptation? Any good? Or should be avoided? 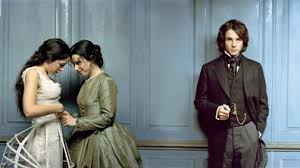 Reading Next: The Deep by Zetta Elliott