Who: Charlotte of the amazingly insightful Charlotte’s Library, a blog dedicated to reviews of fantasy and science fiction for teens and children.

Please give a warm welcome to Charlotte!

Thank you so much for inviting me over, Ana and Thea! I have brought virtual presents for you from the books I read in 2013, by way of thanks–only 2 each, but you can share. To Thea I offer The Witch’s Guide to Cooking With Children, by Keith McGowan, a darkly amusing, twisted (in both senses of the word) fairytale for readers 10ish on up, which makes a very tasty little reading snack in between heavier book courses, and Norse Code, by Greg Van Eekhout, which is the best “Valkyrie in the modern world” book I know about. For Ana I have East of the Sun, West of the Moon, by Jackie Morris (which makes an especially nice present because of the pretty pictures!), and Night
Watch, by Terry Pratchett, because of all the Discworld books this is the one that hit my heart the hardest. 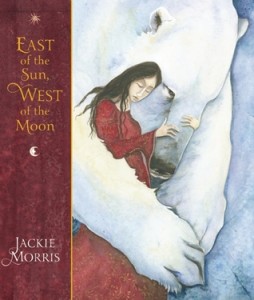 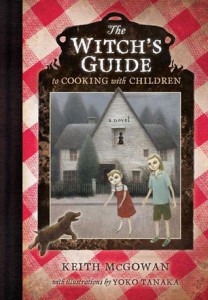 This time last year I myself had only read one Discworld book, Wee Free Men. Then, out of the blue, I was invited to organize a session at this past summer’s North American Discworld Convention (on YA books for Pratchett fans), and I said yes, please, on the strength of that one book….and of course I had to read all the others before July, so that I could know whereof I spoke. I did not know there were 39 of them, only one of which could be called “slim,” or I might have been daunted. In the next six months, I worked my way straight through from the Color of Magic to Snuff, in glorious succession.

I read other things too, of course, but every week I would have two Discworld books on hand. I read them with shear unadulterated pleasure, and oh goodness, it was truly a pleasure–the intelligence of it all, the humor, the characters, the stories, and the fact that
the books that came with no pressure to review them–it was rather wonderful. Sure, there were books in the series that I liked less well than others, but there were some, like Night Watch, that stunned me, and many and various were the small moments that made me stop and think, and maybe even Grow as a Person. So I do not think I will ever have quite so glorious a reading year as this one, and all the other books that I read this past year pale in comparison. I am now amassing a hardcover collection to have on hand when I go off to my nursing home, at which point I hope I will finally have the time to be a re-reader again (unless I get sucked into a giddy whirl of crafts and cards. Our senior center is offering “bow making” this weekend. My son assumed they meant archery…which would indeed be tempting!). 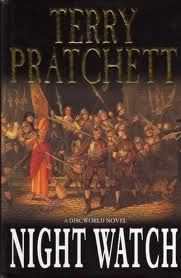 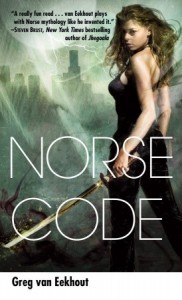 There is also, of course, the new Discworld book, Raising Steam, to look forward to…but the Book Depository is thwarting my plans to ask for it as a Christmas present, because even though it was released in the UK a few weeks ago, the Book Depository refused to admit the UK edition is actually published and available (I suspect the heavy hand of Amazon). I am too cheap on my loved ones behalf to ask for it for Christmas, and have them pay for shipping from over there…and it is not as though I have no other books to read.

Which leads to a guilty confession. I haven’t actually finished reading my Christmas present books from last year (am I alone in this shame?). Sitting on my TBR shelf are Snowfall, by K.M. Peyton, and The Double Shadow, by Sally Gardner, both of which I really am looking forward to, and which I will, damn it, read before I unwrap any new arrivals. I started Snowfall back last winter, but then it fell behind a radiator, from whence it didn’t emerge for months, by which time I had gotten distracted…sigh. Looking back at my Christmasy blog posts of last year, I see that there are two books I gave my husband that I wanted to read as well– Boneland, by Alan Garner, and The Ingenious Edgar Jones, by Elizabeth Garner, Alan’s daughter. But this year I swear I will read my presents within days of opening them…and cleverly thinking ahead to this goal, I have asked for short books.