Another quick round-up of recent reads – Contemporary YA this time (can you tell I am catching up with ALL THE THINGS before the end of the year?) 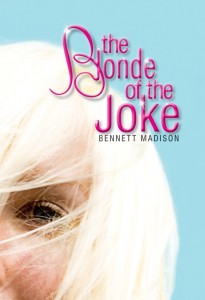 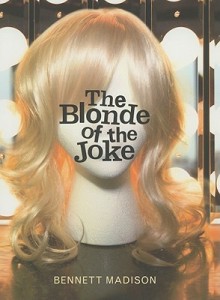 “There are three and only three rules for shoplifting,” Francie instructed me.

From the very first day Val meets the outrageously blond Francie, she realizes that Francie has the gutsy courage and determination Val has always envied. But Francie sees something in Val too–something that Val’s never noticed. “You’ve got that sneaky thing about you,” she says. “I bet you have a dark past.”

And just like that, the blonde and the brunette become partners in crime.

Thanks to Francie, Val is suddenly taking risks, taking charge, and taking what she deserves. But as the stakes get higher, Francie and Val find themselves more and more tangled in a thrilling web of love, lies, and shoplifting. Soon it becomes clear that the darkest secrets have yet to be discovered. . . .

This is the story of the quiet, mousey brunette Val and her newly acquired best friend Francie. Val has always envied the type of gutsy, vivacious appetite for life that the sexy, loud, forward blonde Francie has. So when Francie approaches Val and promises to teach her all about shoplifting, she takes the opportunity to be more, to become more, to have more. After all, isn’t that what she deserves?

The Blonde of the Joke (Harper Teen, August 2009) is quite possibly one of the strangest books I have ever read: is it magical realism? Maybe. What is happening to Val’s brother? Not sure. As the story progresses it becomes clear that this author does not pull punches when he is writing these girls: there is a subversion of the Mean Girls trope, as well as examination of slut shaming and of the smokescreens that people use to face the world which in turn end up becoming “truths” that go unchallenged by others. A thoughtful story that deals with friendship, loyalty, envy and identity.

The holy grail of reading to me: complex girls, beautiful writing, thought-provoking themes. 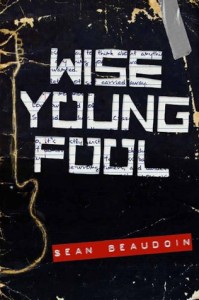 Teen rocker Ritchie Sudden is pretty sure his life has just jumped the shark. Except he hates being called a teen, his band doesn’t play rock, and “jumping the shark” is yet another dumb cliché. Part of Ritchie wants to drop everything and walk away. Especially the part that’s serving ninety days in a juvenile detention center.

Telling the story of the year leading up to his arrest, Ritchie grabs readers by the throat before (politely) inviting them along for the (max-speed) ride. A battle of the bands looms. Dad split about five minutes before Mom’s girlfriend moved in. There’s the matter of trying to score with the dangerously hot Ravenna Woods while avoiding the dangerously huge Spence Proffer–not to mention just trying to forget what his sister, Beth, said the week before she died.

A letter from the “editor” opens this Wise Young Fool (Little, Brown Books for Young Readers, August 2013) with a plea: we are told this is an anonymous manuscript left at the publishers and the editor has been trying to locate the author/narrator, one Ritchie Sudden, Angry Teen Rocker. I am not entirely sure this framing device is at all convincing or even necessary as it doesn’t really add anything other than making the names used in the novel more palatable as the mocking names that they are (Ravenna Woods, Richie Sudden, El Hella, etc) but your mileage may vary. The narrative is epistolary, the “novel” are the pages of a notebook kept by Richie during his 90 day stay in a juvenile detention centre. He tells the story of the year leading up to his arrest alternating with moments behind bars.

This is a novel of voice: Richie’s sullen, angry, douchebaggy wiseass voice that so well captures the self-awareness of a bright young man, tormented by a secret and constantly confronting his own demons. As the story progresses through the Year Before Arrest, we come to learn more about Richie, his love for Punk Rock, how he formed a band with his best friend, had sex for the first time and fucked it up, had sex for the second time and was fucked-over and more.

One of my favourite things about the novel is how even though he narrative is solely Richie’s and the viewpoint is informed by how he views girls by often idealising them, the narrative still allows for the girls to be fully formed on their own and to challenge Richie’s views. Wise Young Fool examines patriarchy, the way we treat girls and boys and one of the most striking things about is how Richie obviously a really intelligent and sensitive guy who often hides those personalities traits. They come through with subtly at first then become more obvious later on as he obviously changes at the end of the narrative.

And if I am not entirely convinced by the “notebook writing”, the novel has enough good things for me to recommend it: cool girls (who are not exactly nice), a focus on a friendship with another boy, Richie’s love for music and for playing guitars and a very interesting (heart-warming) relationship between Richie and his lesbian stepmother.

The Blonde of the Joke