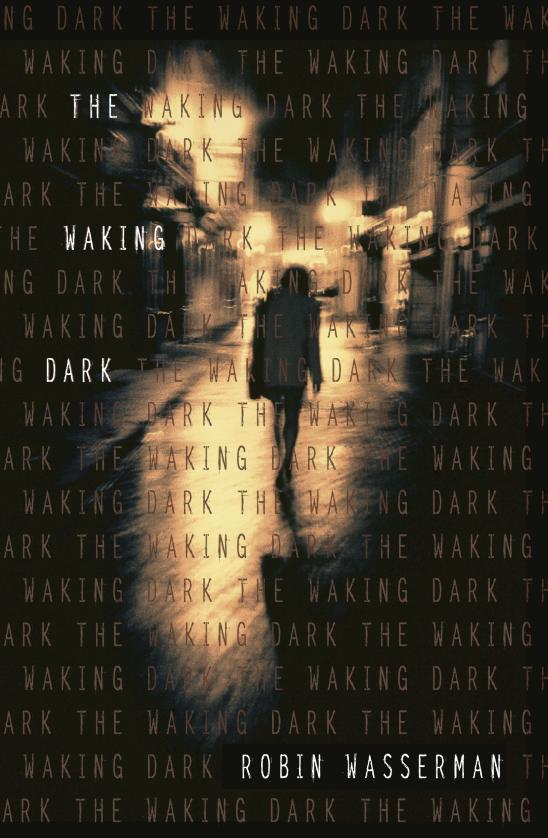 They called it the killing day. Twelve people dead, all in the space of a few hours. Five murderers: neighbors, relatives, friends. All of them so normal. All of them seemingly harmless. All of them now dead by their own hand . . . except one. And that one has no answers to offer the shattered town. She doesn’t even know why she killed—or whether she’ll do it again.

Something is waking in the sleepy town of Oleander’s, Kansas—something dark and hungry that lives in the flat earth and the open sky, in the vengeful hearts of upstanding citizens. As the town begins its descent into blood and madness, five survivors of the killing day are the only ones who can stop Oleander from destroying itself. Jule, the outsider at war with the world; West, the golden boy at war with himself; Daniel, desperate for a different life; Cass, who’s not sure she deserves a life at all; and Ellie, who believes in sacrifice, fate, and in evil. Ellie, who always goes too far. They have nothing in common. They have nothing left to lose. And they have no way out. Which means they have no choice but to stand and fight, to face the darkness in their town—and in themselves.

Why did I read this book: I read and was a big fan of Robin Wasserman’s Skinned (the first book in a trilogy), and I was mildly entertained by The Book of Blood and Shadow. When I read the synopsis for The Waking Dark – with its horrific appeal and the Stephen King comparisons, obviously I was IN.

Oleander, Kansas. With just a thousand residents, Oleander is like any other isolated, sleepy small town in America’s heartland. Most people who are born in Oleander stay in Oleander forever – certainly, this seems to be true for a group of five very different teenagers:

Jule, short for Juliet, is a Prevette, a family of trailer-dwelling trouble-makers, meth dealers, and criminals. An outsider by choice as much as by small town expectation, Jule knows what others think of her because of her family and she’s more than happy to push everyone away with her sharp wit and tough attitude.

Daniel Ghent is another Oleander outsider. With his street preacher father always drunk and out spreading his version of the gospel, Daniel is left to care for his younger brother Marco – working wherever and whenever he can to keep food on the table.

Jeremiah West (“West” to everyone) is Oleander’s golden boy. Star football player, handsome, with a caring family and popular girlfriend, West seemingly has it all. The only catch? West is gay and very much in the closet, harboring a secret affair with fellow high schooler, Nick.

Ellie is a different type of outsider – homeschooled and the daughter of a particularly pious mother, Ellie has embraced religion in the darkest of times and spends her waking hours devoted to becoming a better servant of God.

And then there’s Cass. Pretty, popular, and the girlfriend of football star West, Cass has everything going for her – until the day she kills the infant she’s babysitting. Committed to a mental institution, Cass’s life has been shrunk down to a sparse, cold room from which she has no hope of ever emerging.

Each of these teens have nothing in common, except that they are outsiders in their own way, and they each, directly, have survived the Killing Day – the day when five people randomly committed acts of violence and horror, killing twelve people.

A year has passed since the Killing Day, and little has changed in Oleander. But when a tornado rips through the small town, devastating it once again, Oleander is put under military quarantine and cut off from the rest of the world. And gradually, all of the people trapped in the town without television or cellphone reception or power or the internet, start to turn on each other. The Killing Day was just the beginning – a darkness is stirring in Oleander, and only these five outsiders can stand against it.

I had high hopes when I started The Waking Dark, given the rave reviews I’ve been reading for the book (and the many comparisons to Stephen King). While the novel didn’t quite manage to deliver on this hyperbolic praise, I did enjoy this newest book from Robin Wasserman. With its haunting and atmospheric style, killer premise, and strong writing, I was easily sucked into The Waking Dark. From the novel’s opening strains, an eerie symphony of madness and blood of the Killing Day, I was hooked by the promise of things to come in the book. I loved the distanced choppiness of the alternating character storylines, and that first taste of Oleander and the five teens that become our protagonists. Too, I loved Wasserman’s descriptive prose – not too flowery, not too grotesque, but just right.

That said, these initial strengths become the book’s greatest weaknesses as the story progresses. Instead of focusing on the mystery of the deaths in Oleander, the reason for the Killing Day and government quarantine, the lack of communication and interaction with the outside world following the tornado, The Waking Dark chooses to build on style in lieu of substance. The alternating view points and large cast – an effective technique when handled well – quickly became noisy and unnecessary, detracting from the actual direction of the novel. Very quickly the many character perspectives felt cluttered and haphazard, contributing nothing to the characterization or plot aspects of the book – the changes in storyline are so abrupt as to reduce the characters to caricatures (instead of creating a multi-faceted, layered cast), but so frequent as to detract from any forward movement in the book. Similarly, the book is atmospheric and descriptive, but I feel like too much time was spent showing acts of violence without actual purpose behind it – like a bloated Stephen King story without enough of a payoff for all that bloat (Storm of the Century, I’m looking at you).

Which brings me to my biggest gripe with The Waking Dark: the explanation for the cause of the killings. Ultimately, the fate of this small town boils down to predictable pseudo-science that is both uninspired and unoriginal. Think: a mixture of 28 Days Later and The Crazies, cross pollinated with a dash of of Stephen King’s Under the Dome meets the Gone series by Michael Grant. I love all of the things I just listed (well, maybe not The Crazies so much), but it’s frustrating that The Waking Dark doesn’t break any new ground (and when the reveal is actually made, it’s related data-dump style by a doctor telling the surviving kids what is going down).

Now, I’ve been criticizing a lot of this book which might not exactly be fair – because for all these flaws, The Waking Dark is still a readable, solid horror exercise. I love that the book is unflinching in the face of… well, darkness. We see a teenager use meth for the first time (at the bequest of her uncle, who teaches her how to use a pipe); we see murders aplenty, threats of rape, and plenty of other stomach-turning happenings. It’s a testament to Robin Wasserman’s writing that these scenes do not feel gratuitous or kitschy. Also, while the central protagonists are familiar archetypes (abrasive outsider, religious zealot, etc), I appreciate the attempts at different defining characteristics that deviate from the usual horror tropes – one of the main characters is gay, one is pretty and popular and NOT shamed or immediately murdered in horrific (or sexual) fashion, for example.

Ultimately, I liked The Waking Dark. While it didn’t live up to its great initial premise, there’s enough good stuff here to recommend the book.

(That said, if you’re looking for small town horror in the YA SFF space? Try Michael Grant’s Gone. Seriously. Just do it.)

The Waking Dark by Robin Wasserman by Random Buzzers

You can also read the excerpt online HERE if the embedded sample above doesn’t work for you. OR you can download a free ebook sampler for kindle, NOOK, Kobo & Google Play.

Reading Next: Vicious by V.E. Schwab