Last month, we asked YOU for your favorite old school suggestions – and the response was so overwhelmingly awesome, we decided to compile a goodreads shelf, an ongoing database, AND a monthly readalong/book club. (Note that we’ve removed books that we have already read, or that we selfishly want to review as solos on Wednesday!)

Even though it’s still April, and Terrier by Tamora Pierce is our first-ever OSW Readalong title (to be reviewed and discussed on the last Wednesday of the month on April 24), it’s time for us to open up the poll for our May OSW Readalong selection!

You can vote on which title you’d like to read by using the poll in our sidebar, or following the titles below. Every month, we’ll select 4 titles at random from the OSW suggestions database. We’ll also include the one title from the previous month’s poll – the runner up with the second most votes (last month, that title was The Naming by Alison Croggon). Without further ado, here are the new crop of 5 titles for voting!

The Naming (Pellinor #1) by Alison Croggon 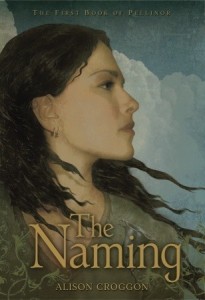 Maerad is a slave in a desperate and unforgiving settlement, taken there as a child after her family is destroyed in war. She is unaware that she possesses a powerful gift, one that marks her as a member of the School of Pellinor. It is only when she is discovered by Cadvan, one of the great Bards of Lirigon, that her true heritage and extraordinary destiny unfold. Now she and her new teacher must survive a journey through a time and place where the forces they battle stem from the deepest recesses of otherworldly terror.

Alison Croggon’s epic fantasy, the first in the Books of Pellinor quartet, is a glittering saga steeped in the rich and complex landscape of Annar, a legendary world ripe for discovery. 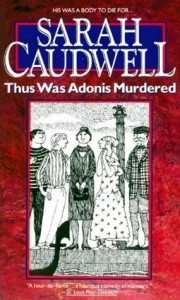 The first mystery in Caudwell’s popular series featuring amateur investigator Hilary Tamar and a cast of clever and trouble-prone young London barristers. When a young man is found dead in Julia Larwood’s bed, her barrister friends are the only ones who can uncover the truth of this masterpiece of murder. 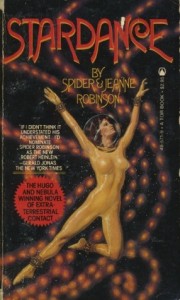 Shara Drummond was a gifted dancer and a brilliant choreographer, but could not pursue her dream of dancing on the Earth, so she went to space, creating a new art form in three dimensions. Then the aliens arrived, and there was only one way to prove that the human race deserved not just to survive, but to reach the stars. The only hope was Shara, with her stardance. 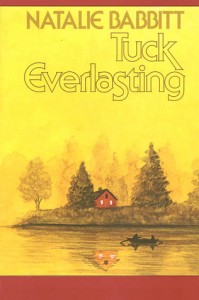 Doomed to – or blessed with – eternal life after drinking from a magic spring, the Tuck family wanders about trying to live as inconspicuously and comfortably as they can. When ten-year-old Winnie Foster stumbles on their secret, the Tucks take her home and explain why living forever at one age is less a blessing that it might seem. Complications arise when Winnie is followed by a stranger who wants to market the spring water for a fortune. 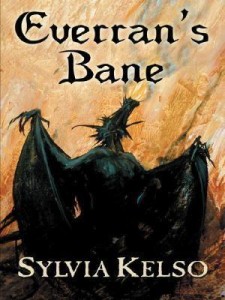 The kingdom of Everran is dying, razed by a dragon that came out of nowhere to burn its oil groves and devastate its vineyards and kill its folk. Legend says, a dragon’s coming always has a cause. Why has the dragon come? What does the dragon know? One man knows the riddle’s answer. No man knows that answer’s cost.

Get voting! And we hope you will join us on May 29.