Today’s guest is Julianna Scott, YA author whose debut Fantasy novel The Holders will be released in the next few days in the UK and the US. 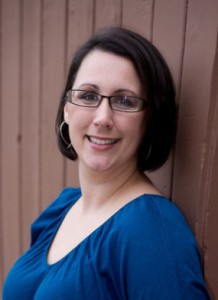 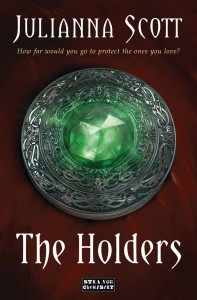 Here to talk about what inspired The Holders, please give it up for Julianna!

“Where do you get your ideas?”

When I tell someone I’m a writer, without fail, that is the next question they ask.

The (honest) answer: I have no idea.

Problem is that no one ever believes me when I say that. They assume that there must be some grand process I go through, or that my methods are some big secret that I don’t want to reveal or something. But in reality, that couldn’t be further from the truth.

Take The Holders for instance. Sure, I’d love to be able to tell everyone that, one morning while sipping tea in a rustic cottage, I happened upon an old book of Irish legends and lore. I pulled the dusty volume down from the shelf and began thumbing through the pages until a story began to weave together in my mind. I’d love to be able to tell people that, because I think deep down that’s what they want to hear. It adds to the ‘romance’ of the imagined life of a writer. The truth: no so romantic. The truth is

I just sort of came up with it. I don’t really know how, and a lot of it came together even as I was writing. I do know that I came across a Celtic jewelry website and took a little inspiration from there, but otherwise, all I can say is I thought about it, then I thought about it some more, then I asked my husband about it, he commented, I thought some more, and a story was born.

However, while I can’t really tell you ‘how’ I came up with the story or ideas in general, there are one or two aspects of it that do have some specific inspirations, one being the setting of Ireland, and the other being our main male lead, Alex.

The setting for the majority of the book is Ireland, specifically central Ireland, in a fictional School called St. Brigid’s Academy. “Why Ireland?” I am asked all the time. Well, one because I like Ireland. I know that may sound odd, particularly since I’ve never actually been there, but for some reason, I have always been attracted to ‘Irish’ things. They have always seemed somehow mysterious, or magical. I really don’t even know why I feel that way or where it comes from, but there you go. Though, my love of all things Irish aside, the Celtic legends and lore worked very well with the story I was trying to tell. There have been countless references made to the X-Men in the reviews for The Holders, and while I absolutely see where they are coming from, what many of them don’t realize is that a lot of the ‘X-Men’ aspects of the story come right from Irish mythology and lore. As far for the foundation of my own world building and lore, there were a lot of things that worked perfectly for me straight out of existing Irish stories, while other things that I had to handle with a bit of creative license, but as a whole, Ireland and all it has to offer were a perfect fit for The Holders.

Now for Alex. The main thing that influenced Alex as a character was my personal need for a nice guy. Not in real life, but in the romantic literary universe; particularly the YA romantic universe. Maybe it was all the books I had been reading around the time that I was writing The Holders, I’m not sure, but all I know is that I was tired of every romantic male lead being a mopey, broody, jerk. Sure, we all love a good tortured hero every now and again, but that is not all there is, and it should not be the sole definition of what is hot or desirable. Nice guys don’t have to finish last, and Alex was my chance to prove that—and not only prove it but make a point. In The Holders, poor Alex has had a horrible childhood and, honestly, has more reason to be miserable and depressed than probably anyone fictional character I’ve come across.

However, even in spite of the horrible things that have happened to him, he is a happy and well-adjusted young man. Instead of letting his past control who he is, he puts his energy into being grateful for the life and ‘family’ he has now. Don’t get me wrong, he is by no means perfect, and yes, he is still haunted by his past—a fact that will come into play more in future books—but the defining characteristic for him is that while his past is part of who he is, it will never define him.

Hope that helped let you into my world a little bit, and thanks so much for having me!

Julianna was born in Pittsburgh, Pennsylvania, and spent the majority of her educational career convinced she would be a musician. However, after receiving her music degree from Edinboro University of Pennsylvania, she realized that she’d been born in the wrong era for her dreams of singing jazz to adoring fans clad in zoot-suits and flapper dresses to come true, and began to wonder if her true calling might be elsewhere.

While Julianna had always excelled in writing throughout school, she’d never considered it a career possibility until about three years ago, when she’d gotten her first story idea and decided to go for it. She grabbed her laptop, started typing away, and has never looked back.