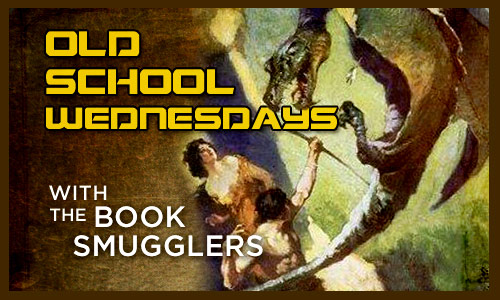 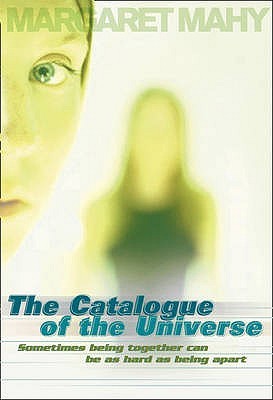 Title: The Catalogue of the Universe

Angela and Tycho seem an unlikely pair — she is beautiful and confident, he is awkward and quietly intellectual. They have long shared a passion for deciphering the universe outside their own personal struggles. Like the great philosophers they study, to Angela and Tycho it seems the universe can be ordered; their own lives cannot.As their family struggles swirl around them, they are suddenly desperate to discover where they fit in. Their answer comes in a way they never imagined — a way so unexpected, and so wonderful, that the world on every level seems to fall into place.

Why did I read this book: I read and enjoyed Mahy’s The Changeover and kept meaning to return to her books at some point. OSW seemed like a good excuse to try this one!

I will start this post with an Old School Wednesdays’ confession: I read Margaret Mahy’s The Changeover a couple of years ago and although I could definitely see its many strengths, specially with regards to the romance and to the main character Laura’s incredible story arc, I did not really fall in love with it like many others did. At that point it was not enough for me to immediately pursue more of Mahy’s writings.

Cut to a few months ago, I was visiting an indie book store, saw a copy of The Catalogue of the Universe and decided to give it a go.

It features a pair of unlikely friends, Angela and Tycho who share the narrative. The story is a straightforward romantic ContempYA, a friends-to-lovers story set to a background of family issues.

“Unlikely” because they are so different: Angela is beautiful, outgoing and confident whereas Tycho is plain, shy and insecure (and hopelessly in love/lust with her). And it’s very, very interesting how this difference is played out, because it stems from a very complex portrayal of these characters.

One the one hand, yes their difference could be said to be only skin deep as it is mostly about beauty (or lack of it) and bottom line is, they are actually very similarly clever and thoughtful and that’s what should matter in the end. On the other hand, the book and the characters examine social constructions and expectations when it comes to beauty or lack of it. So you have Angela being constantly labelled because of her confidence and looks and Tycho feeling inadequate for his lack of it. And they talk about it, and observe that those labels (“beautiful”, “plain”) do matter in the way that they affect individuals psychologically and that it is not easy to deal with.

Angela’s outlook and positive portrayal as a confident, self-assured, sexy girl is extremely empowering and I can’t begin to express how much I appreciated that in the book.

But the romance between the two, although central, is only one of the aspects of the novel and it doesn’t happen in a vacuum. It happens in the context of their household experiences. Tycho’s a messy family, the father out of work because of a disability that affects their social income and the way people behave around them, for example. There is the shadow of Tycho’s older sister who is now married and with a child but still the centre of their parents’ attention. It is interesting to see this being played out because it involves jealously from her brothers but also an increasingly sympathetic understanding of her personality.

Angela has only one parental unit: her mother Dido, a wonderfully complex character on her own. Much of the book’s momentum come from Angela’s search for her father, starting with her “silly romantic notions” about her parents’ relationship (A Story of Impossible Love and Sacrifice”) and leading to an incredibly poignant revision of her own story. Angela and Dido’s relationship is another highlight of the novel.

This is a very short novel that takes places in an extremely short timeframe within a couple of days – and those days are revolutionary for those two kids. As such, it is a deceptively simple story and like all good ContempYA deals with engaging issues. Self-identity, self-worth, labels, family and love, are all here.

Finally, I simply cannot finish this review without mentioned the thing I loved the most about The Catalogue of the Universe: its cleverness. The dialogue, the conceit and the characters themselves are extremely smart. This is a book that never panders or dismisses YA readers as lesser readers because of age, quite the opposite: there are big discussions here, awesome conversations about philosophy, the universe and everything and it’s supremely engaging as well as funny and intelligent. This was published in 1985 and I can totally see it as a precursor to similar works of current authors like John Green, Sarah Rees Brennan (specially Team Human and Unspoken), Karen Healey and Maureen Johnson. All of these write smart teenagers and awesomely empowered girls. Given them a go if you are a fan of Margaret Mahy (or if you are already a fan of these authors, try Margaret Mahy).

I am glad I did give her books another chance because I fell hard for The Catalogue of the Universe and have ALL THE FEELS about it.

Any Mahy fans in the house? What should I read next?

Notable Quotes/ Parts: A favourite moment below (quite spoilery BUT OH SO GOOD)…

“She dropped The Catalogue of the Universe in front of her on the floor. It fell with the sound of a gun shot. “Chance favours the prepared mind,” quoted Angela reading over his shoulder. “Stand on that.”

“Stand on a book?” began Tycho. “Stand on nature read in truth and law?”

“Just do it,” she said, fixing him with an implacable stare.

Tycho obeyed. His eyes were now on level with her own and he looked into a face worked on by various passions. Then Angela put her arms around him and pressed herself against him. In spite of the clothes she was wearing, his own clothes, ill-fitting and thick, it was almost as if she had offered herself naked. Tycho put his arms around her and held her close, feeling he must certainly prop himself up until he got over the thrilling news now delivered to him from all his astonished frontiers. Angela’s breath trembled in her throat and they kissed. The kiss over, they hugged each other furiously and Tycho buried his face in her shoulder.

“I always knew that was a good book,” he mumbled. “From now on I’ll take it with me wherever I go.”

Rating: 8 – Excellent and leaning toward 9

Reading Next: The Best of All Possible Worlds by Karen Lord