Who: The awesome girls of Forever Young Adult, which is quite possibly, one of the funnest blogs out there. 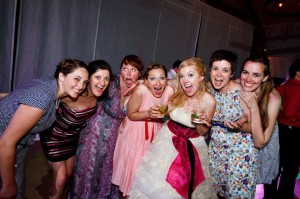 Please give it up for Alix, Meghan, Posh, Megan No H and Jenny!

Thanks ladies for inviting us back to Smugglivus! As our guest post from last year’s Smugglivus can demonstrate, we like to play fast and loose with our post guidelines. This year we thought we would take a look at some of our favorite books and shows that we think don’t get quite as much attention as they deserve, for various reasons. Whether it is because of age, country of origin, not enough marketing or attention or combating just plain stubbornness. (Seriously, do you have idea how hard it is to convince most people to watch a children’s cartoon?) Not all of these were released in 2012, but most of these we were new to us in 2012 (with the occasionally cheat). So while some of these might not be under your radar, we think they are under someone’s radar and want to preach the good word. 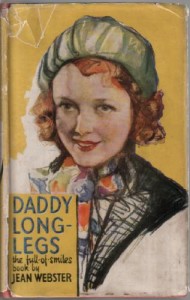 Title: Daddy-Long-Legs by Jean Webster (picked by Alix)
Why You Might Have Missed It: A history of bad cover art, shitty film adaptations, and a weird title
Why You Shouldn’t Miss It: This is your new favorite book. No really, go read it now. It’s free, because it was published in 1912. We first heard about this book through The Book Smugglers (thanks y’all!), and now it’s on our required reading list. Why isn’t this book as popular as Anne of Green Gables or Pride & Prejudice? We don’t know either. The romance is a little creepy, but its heroine, Judy Abbott, is one of the most charming and delightful characters ever written. Trust, y’all. You will love this book. 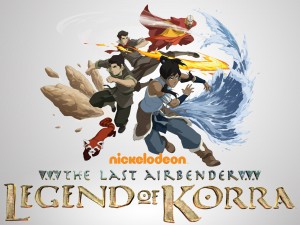 Title: The Legend of Korra (picked by Alix)
Why You Might Have Missed It: You’re “not into that kind of thing.”
Why You Shouldn’t Miss It: Everyone is into this kind of thing. Don’t be put off by either the kiddy cartoon factor or the japanese-inspired animation style. Korra is a show that everyone will like if they try it, just like its predecessor, Avatar: The Last Airbender. There is something for everyone – major swoon, hilarious jokes, heartbreaking tragedy, and nail biting suspense. Above all, the brief glimpse you’ll get of General Iroh II at the end of the season will be enough to convince you that he is one of, if not THE hottest cartoon characters ever created (Don’t pretend like you aren’t attracted to cartoon characters. You totally wanted to get into Shang/Aladdin/Dmitri/Howl’s cartoon pants). 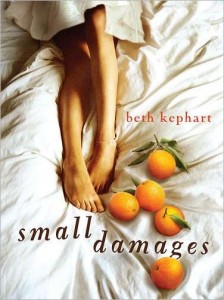 Title: Small Damages by Beth Kephart (picked by Meghan)
Why You Might Have Missed It: It’s not a vampire dystopia with sparkly zombies on the cover.
Why You Shouldn’t Miss It: The most beautiful writing I’ve read in a long time, coupled with a haunting, affecting story that unfolds in little hints and pieces. The setting is gorgeous, you’ll fall in love with the characters, and there’s lots and lots of tasty business. 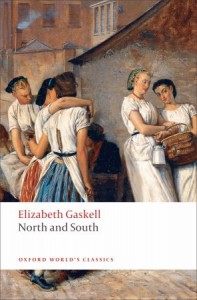 Title: North and South by Elizabeth Gaskell (picked by Meghan)
Why You Might Have Missed It: It’s old.
Why You Shouldn’t Miss It: Written by the Brontës’ biographer and a brilliant novelist in her own right, North and South is full of labor history (from a historically contemporary point of view), religious questioning, and SMOKIN’ HOT romance. Also, you’ll be the smart kid on the block when you’ve read the book that inspired the BBC miniseries that really is hotter than Pride and Prejudice (no lie). 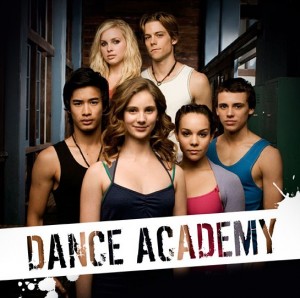 Title: Dance Academy (picked by Posh)
Why You Might Have Missed It: You don’t watch Australian TV, and you can’t possibly fathom a better exploration of teenage ballet than Center Stage.
Why You Shouldn’t Miss It: This show. THIS SHOW! YOU GUYS THIS SHOW. What starts out as cute ballet ABC Family wannabe quickly evolves into a compelling study of teenage archetypes under the pressure of the dance industry. You’ll grow to love the characters to an almost embarrassing degree, and even when they frustrate you, as the heroine Tara does on a weekly basis, you forgive them, because they’re real freaking teenagers. This show offers all of the entertainment essentials: hot mysterious loner dude (it’s cool, ladies, he’s legal); gorgeous scenery (it’s filmed in Sydney); super juicy drama and of course, fantastic dance montages. But what makes Dance Academy special is that it takes these elements of teenage life and treats them with respect and consideration. The writers never shy away from issues like homosexuality, academic pressure and socioeconomic stratification. In fact, they embrace them, and the result is a wonderful, incredibly addictive program that isn’t afraid to dig deep. Dance Academy a sublime blend of light and dark, and you’ll find yourself ranting, raving and dissecting it for days after the credits roll. Pro-tip: You can watch Seasons One and Two on Netflix Instant. Pro-pro-tip: Start stocking up on Kleenex now. 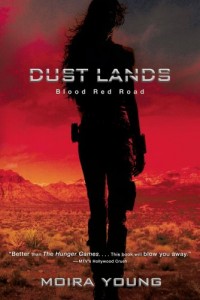 Title: Blood Red Road by Moira Young (picked by Jenny)
Why You Might Have Missed It: You’re burned out on dystopia (OR) you were tripped up in the beginning by the language
Why You Shouldn’t Miss It: Because there’s nothing quite like dystopia done right, and boy howdy, is this ever. With a world that’s a representation of a future both horrifying and believable, the most ass-kickingest female protagonist of all kickass female protagonists, a romantic interest who’s all sexy swagger with a heart of gold, and action out the wazoo, this book will leave you with an incomparable case of TEABS. Lucky for you, the sequel, REBEL HEART, is already out. 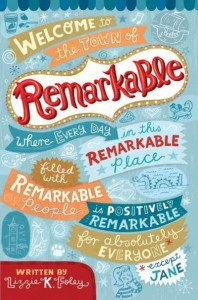 Title: Remarkable by Lizzie K. Foley (picked by Jenny)
Why You Might Have Missed It: It’s technically middle-grade
Why You Shouldn’t Miss It: This is the kind of book that really shouldn’t be limited to the children’s section. It is the kind of book to read to the kids and the adults in your life, out loud, around hot chocolate and frequent hugs. Because it is mischievous, outlandish, laugh-out-loud fun, that will touch even the most callous of hearts. Plus, there’s the bit about the jelly. 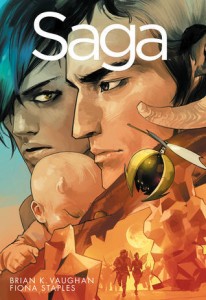 Title: Saga by Brian K. Vaughan (picked by Megan)
Why You Might Have Missed It: If you’re not really into comics or don’t know what’s out there
Why You Shouldn’t Miss It: Brian K. Vaughan already established himself with series like Ex Machina and Y: The Last Man, but this series has the potential to blow them all away. Only 7 issues in, this series already has me gushing about it to anyone who will listen. The story is a space opera following two star-crossed lovers from different sides of warring peoples. with science and magic and robots and bounty hunters and do I really need to go on at this point? Not to mention the artwork is gorgeous.