Who: Caitlen Rubino-Bradway, author of the amazing MG fantasy novel Ordinary Magic. (You looking for a Harry Potter alternative in your life? TRY THIS. Thea *loved* it.) 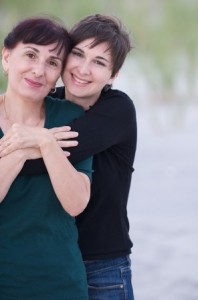 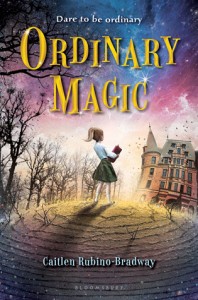 Give it up for Caitlen, everyone!

I freakin’ love the holidays.  All holidays — great and small — but Christmas is one of my favorites.  I love the weeks leading up to it, and the lights, and the decorations. I love the Christmas tree stalls they set up on the street corners here in New York, and smelling the fresh cut pine trees as I walk by.  I love the Peppermint Mochas, which I only allow myself at this time of year; and the Baking of the Cookies, which, yes, does deserve the capital letters; and the official watching of the Best Christmas Movie Ever, which is, of course, Die Hard.  And my books.  Just like the Peppermint Mochas and the watching of Die Hard (and possibly Die Hard 2), there are certain books that I save up for December, to keep them special.  Each in their own way, they help keep me in the Christmas spirit.  Here are just a few of my favorites: 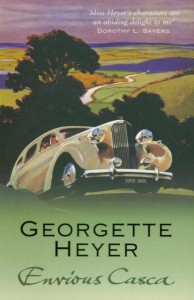 For better or worse, the holidays mean family.  And for some families, it’s definitely not for the better.  Don’t get me wrong, we love our families — of course we do — but sometimes they’re just a lot to handle.  I mean, come on, who hasn’t been stuck in the old manor house by our kindly-meaning but daffy uncle and forced to listen to everybody snipe at each other about money while somebody’s playwright friend does a live reading of their latest tragic opus (seriously, who invited that guy anyway?).  And let’s not even talk about Stephen’s ego-centric Barbie of a fiancee, okay?  We can all pretty much agree that she is completely annoying.  Is it really surprising when somebody ends up with a knife in the back?  Be honest — it’d be more surprising if everybody in the house made it to New Year’s.

Okay, maybe that’s not your holiday, but it certainly is the case for the Herriards.  When Nate Herriard, the cranky, rich head of the Herriard family, allows his perpetual Pollyanna of a brother to talk him into having a big family Christmas, he doesn’t live very long to regret it.  The list of suspects includes said brother, Joseph, vitriolic nephew and heir apparent Stephen, his gold-digging fiancee, his drama queen sister Paula, cousin Matilda (one of two people with an actual alibi), and Joseph’s wife, Maud, who is disconcerted by the murder, of course, but really just wants to finish her book.  It’s up to Heyer’s intrepid Inspector Hemmingway to figure out not just the who and why, but the how — that’s right, this isn’t just a good, old-fashioned English manor house mystery, but it’s also a locked room mystery, which basically means it hits all of my Mystery Book Buttons.  It’s the type of book where all of the characters sit around being dreadfully witty to each other when they’re not trying to figure out who the murderer is, or just plain dreadful, and I completely love it. 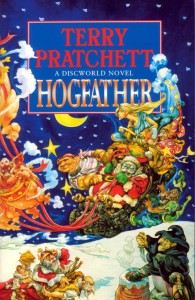 What makes it so special (you ask)?  It all begins with someone taking a hit out on the Hogfather (the Discworld’s Santa Claus), and Death personified has to put on the jolly red suit to buy some time so his granddaughter can figure out what happened.  And, yes, part of the plan does involved a kidnapped Tooth Fairy.  I know, right?  Everything you want in a Christmas story.

You see, this is the Discworld, which sails through the stars on the back of a giant turtle (and also four elephants), where magic is a real and crucial part of existence, and where there’s a Guild for everything, even Assassins, just to keep things organized.  And the Guild of Assassins is just where certain…beings go when they want to get rid of one of humanity’s more fanciful fancies.  We’ll call him the Fat Man.  And fortunately, the Guild has just the brilliant psychopath for the job.  Unfortunately, killing the Hogfather has certain serious consequences — like, say, the sun not coming up — so Death has to step into the Hogfather’s furry boots and act as a placeholder while his level-headed granddaughter figures out what, exactly, is going on and how to stop it.

While this book is wonderful in just about every way, I have to say that my favorite parts are with Death, who, excepting his job, actually quite likes humans, doing his best to fill in for the Hogfather, and struggling to wrap his skeletal skull around the ins and outs of Christmas.  This book manages to be humorous and heartbreaking and hopeful, and if you haven’t read it then I urge you to do so with all possible speed.

Noelle of the Nutcracker by Pamela Jane 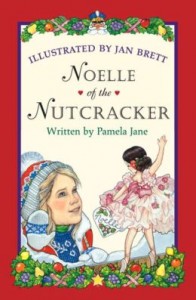 I have to thank my sister for finding this book first.  We were both in grade school at the time, and she was deeply into ballet and, I think, prepping for her 87th Nutcracker.  (She was in the Nutcracker just about every year, so I have seen a lot of them.)  My sister is also older, wiser, taller, and infinitely more glamorous (and a very spiffy dresser) so that meant that when there was anything she liked, I totally jumped on the bandwagon.

I stayed on the bandwagon because, first of all, wagons are awesome, and second, this book is wholly wonderful.  Sweet, and charming, and it takes place in New York City, and it talks about toys and pretty dresses, so basically it’s the best book ever. And it’s about dolls.  Specifically Noelle, a lifelike and expensive ballet doll who just joined the toy collection at the big Bugle’s toy store.  All of the other toys dream of finding children who will love them, but Noelle is a ballerina.  She wants to perform, on a stage — and it seems like her dream is going to come true when she’s chosen by the prop master to be featured in the latest Nutcracker.

But it’s also the story of Illyana Ingram, a little girl in the 2nd Grade, who sees Noelle when her class visits Bugle’s and completely falls in love with her.  Of course, Illyana knows she’d never be able to get Noelle; not only is she a pricey doll, but Mary Jane Ingoe, the richest and meanest of the Mean Girls, knows how much Illyana liked Noelle, so she’s determined to get the doll for herself.  Seriously, Mary Jane is a spoiled brat, and I have so much fun hating her.  How everything works out is a ton of fun, and it inspired my sister to dress up as Noelle for the following Halloween.

The Best Christmas Pageant Ever by Barbara Robinson 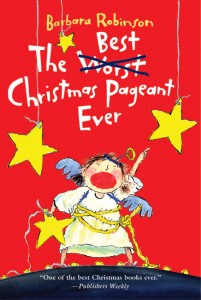 The Herdmans are absolutely the words kids in the history of the world — at least, by 1972 standards.  Okay, even by today’s standards, they’re pretty darn awful.  They manage to keep an entire town terrorized (with the help of their profoundly evil cat) simply by being the loudest, rowdiest, most exhausting, irritating kids imaginable.  They fight and steal and break things and, basically, are the Nac Mac Feegles, but without the general good-will and zest for life.  The only time anybody can escape them is at church.

That is, until the Narrator’s brother boasts to Leroy Herdman about all the cakes and cookies he gets at Sunday School.  (It’s not true, but he’s tired of Leroy always stealing the dessert from his lunchbox.)  Which leads to all six of the Herdmans trooping down to church the next Sunday and ends up with them volunteering to take over the main roles in the annual Christmas pageant.  The result is chaotic and funny and unexpectedly sweet.  My favorite part, however, is the Narrator, who goes to school with the Herdmans and has been in class with Imogene Herdman for years, so she knows exactly how awful they are.  A lot of the humor comes from her matter-of-fact description of what’s going on.

These aren’t my entire Christmas library, but they are my favorites.  And if, like me, you like a little literary holiday cheer, you really can’t go wrong with any of them.