Who: Nic of Eve’s Alexandria, an excellent group blog dedicated to review ‘literary’ historical and sf, with a sideline in the classics.

Let’s give a warm welcome to Nic, folks!

In what may seem a slightly perverse move for a guest post on a blog called The Book Smugglers, I’m not actually going to talk about books at all, today. Instead, I’d like to highlight some of my favourite short stories that have been published online during 2012.

Each year in the US, a number of hefty science fiction and fantasy anthologies are published, collecting what their editors deem to be the “Year’s Best” genre short fiction. Jonathan Strahan, Gardner Dozois, and Rich Horton have each released their tables of contents for 2012 in the last few weeks, and so it seems a good time to discuss my own picks of the year. I’m going to concentrate on short fiction that is available for free online – rather than the outputs of print magazines or themed anthologies – so that you can get straight to the stories if any of them piques your interest. Enjoy! 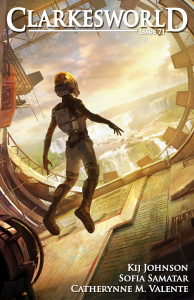 Clarkesworld magazine (no relation) has published a number of very strong pieces this year, making it tough to narrow down my selection. In the end I’ve gone for two, but there could have been more on this list. In ‘Fade to White’, Catherynne M Valente paints a dystopian future in the eerily cheery pastels of 1950s Americana. Only rampant consumerism and the nuclear family stand between the United States and the twin dooms of evil invaders and drastically declining birthrates! Valente juxtaposes the viewpoint narratives of two teens coming of age in this stifling society with the more cynical tones of an editor’s marginal notes on draft advertisement scripts. It’s grim, incisive, and even manages to suggest that – in some areas – dystopia might actually have some advantages over the real world. Chilling. 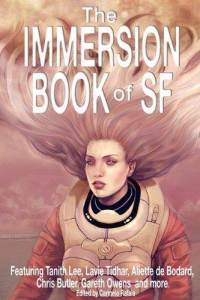 Aliette de Bodard’s ‘Immersion’, meanwhile, uses science fictional technology for a thoughtful and sensitive exploration of (inter-planetary) cultural imperialism. An immerser is a kind of computer helmet that allows its wearer to blend in with unfamiliar environments or people, by changing their appearance and speech and giving them regular prompts on everything from what utensils to use when eating to how to interpret facial expressions. The world not being a level playing-field, immerser use is invariably skewed: they are a tool for members of subordinate cultures to adapt to the ways and expectations of the dominant one. The long-term effects, as we see through one of the central characters, are subtly but devastatingly corrosive to the wearer’s identity, grinding away at language, feeling and even taste to gradually divorce them from their home, their past, and their sense of self. It’s a deftly constructed analogy that produces a moving tale; only the ending feels a little unearned, too abrupt after the careful establishing work of the rest of the story.

A complement and counterpoint to de Bodard’s piece is offered by Tom Greene’s ‘Zero Bar’, published at Strange Horizons in August. Here, it is genetic engineering that offers America’s racial minorities the double-edged sword of ‘passing’ as white. Discovering that she is pregnant and with a short window to decide whether she will have the foetus engineered, the narrator reflects on life as a Latina whose well-meaning parents poured their meagre money into giving her the best possible start in life: white skin. It is more direct than de Bodard’s story in putting across its message – notably, the clueless white love interest is drawn in broader strokes than the more nuanced and effective equivalent character in ‘Immersion’ – but it is nevertheless another example of how sfnal scenarios can, in de-familiarising the everyday, give voice to important and often under-explored areas of human experience.

Strange Horizons also published the low-key, beautifully observed ‘The Grinnell Method’ by Molly Gloss (in two parts), about a scientist cataloguing birds on a storm-swept seashore. The story was recently discussed at insightful length by Abigail Nussbaum here, such that further comment feels slightly redundant; what I would emphasise is simply the way Gloss builds atmosphere and sense of place. While our scientist, Barbara Kenney, is not completely isolated in her quest, in tone Gloss’ tale nonetheless reminded me of Marcel Theroux’s hypnotic lone-figure-in-landscape novel Far North: there is a similar self-reliant and self-contained quality to the protagonist, whose intense focus on – and relationship with – a hostile (or at very least indifferent) natural world leaves minimal room for other human contact. Honourable mention must also go to the same magazine for Ken Liu’s ‘Good Hunting’ (again in two parts), which after a slightly unremarkable beginning turns into something quite unexpected and brutally delightful, if the juxtaposition of those two words makes any sense! 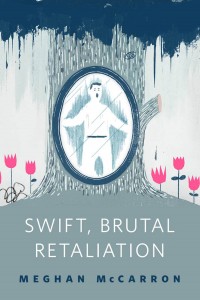 On which note, ‘Swift, Brutal Retaliation’, by Meghan McCarron at Tor.com, runs a grieving family through the supernatural wringer and again finishes on quite a different emotional note than it seems to be heading for. Two young girls attempt to cope with their teenage brother’s death from cancer by playing pranks against each other, as he used to do to them. As battle-lines are drawn within the family and both sisters begin to catch glimpses of their brother’s ghost, the story develops into a moving character study with an appropriately savage sting in the tale. The ending tantalises, leaving the story’s interpretation – in particular, perhaps, the question of whose story this is – in the hands of the reader.

Over at Lightspeed, the always-impressive Vandana Singh’s ‘Ruminations in an Alien Tongue’ is a lovely, elegiac look at parallel universes from the point of view of a character who chooses not to explore them. A dying mathematician named Birha, who has what seems to be an endless capacity for warmth and empathy, reflects on time, choices, and paths not taken as she looks back over her life. Mischievously, Singh explicitly rejects the life-ending symbolism of a sunset – Birha lives on a planet where a ‘day’ lasts for seven years, and is thus unlikely to see another sunset before she dies – in favour of a sun-drenched doorstep and remembered stars. 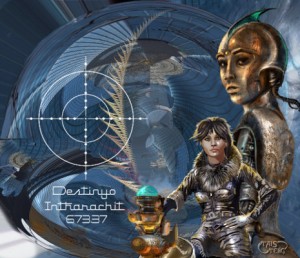 Finally, Benjanun Sriduangkaew queers the space opera – and brings us full circle back to imperialism and its discontents – in the flawed but compelling ‘Courtship in the Country of Machine-gods’ at The Future Fire. Structurally, it doesn’t really work, being both too long and too short for what it is trying to do. Each of the two main plot threads – a thwarted imperial invasion and a doomed love story – is a story in its own right, and they compete for space in a way that leaves both feeling slightly under-served, and the whole rather baggy. Even so, there is an edge to it – a sharpness to the action, a rawness to the emotion, a pungent richness to the backdrop – that means it has lingered in my mind. This feels like a universe that promises much more, one that could be explored at greater length and only get more intriguing.