Who: Lenore Appelhans, blogger behind Presenting Lenore and debut dystopian YA speculative fiction author! Lenore is one of our favorite people. No joke. 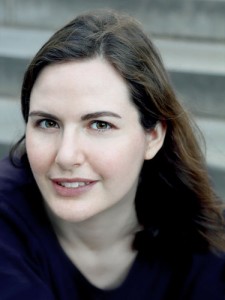 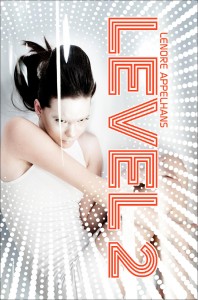 Recent Work: Lenore is a debut novelist with Level 2 coming out in January 2013!

Please give a warm hand to Lenore, everyone!

As per Smugglivus tradition, I’m excited to reveal my favorite dystopian-esque reads of the year. A lot of readers, including me, are experiencing genre fatigue in the wake of so many perceived Hunger Games copycats, but – a few novels really delivered on the promise to give us something innovative and enthralling. 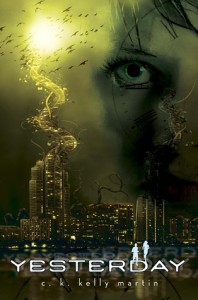 This time travel/dystopian mash-up is my sentimental favorite of the year because it combines so much stuff I love into one “Lenore Book”. We’ve got music, travel, love on the run, mysterious pasts, awesome futuristic world-building and so many great twists. It’s best to go into this one unspoiled, but if you want to know more about just how much I loved it, check out my discussion about it with Michelle of Galleysmith here. 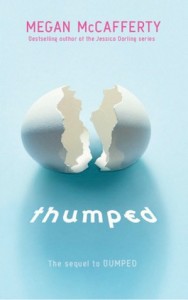 Thanks in part to its intricate world building and clever invented slang, Bumped was my most memorable read in 2011. I was super excited for the sequel Thumped and it really delivers (do you like my use of double meaning? lol). These two books were so much fun, I wish Megan McCafferty would write 100 more books in the series. The plot is very much in the vein of madcap comedy, with Melody and Harmony living a farce as the celebrity “hotties”: twins set to give birth to twins on the same day. Melody wants Zen, but has to pretend to be in love with Jondoe, while Harmony is back in Goodside with her husband Ram but yearns to be with Jondoe. It’s a set-up ripe for drama and I loved every moment of it.

This is Not A Test by Courtney Summers 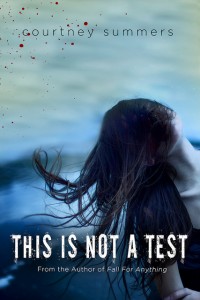 Leave it to the queen of mean teens to breathe life into the zombie genre. The way TINAT focuses on the complex personal relationships of its characters reminded more of The Walking Dead than Dawn of the Dead. Sloane – a suicidal girl whose survival instincts kick in when zombies take over her town – has a transformational character arc in this raw, achingly honest stunner. 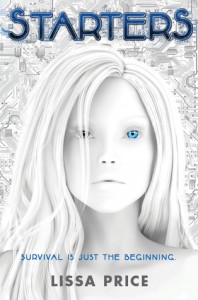 What if someone rented your body and you accidently woke up in the middle with a gun in your hand? Debut Author Lissa Price takes this killer premise and turns it into a highly entertaining futuristic thriller. Price’s screenwriting roots are evident in the brisk pacing and cinematic reveals.

This is definitely more “commercial dystopia” than “philosophical dystopia” in that it doesn’t seem overly concerned about confronting and exploring our own society’s ills and is rather implausible in the context of real life, but if you’re looking for some heart-pumping action and that ever-illusive “can’t put it down” factor, you’ve come to the right place.

What’s Left of Me by Kat Zhang

Addie and Eva share a body in a world where everyone is born with two souls. At a young age, the recessive soul is supposed to fade away, but Eva clings to life – a risky existence in a world where hybrids are considered dangerous.

As the sister trapped in a body she can no longer control, Eva narrates the sisters harrowing story and her voice is what makes this novel work so well. There are no easy answers in this compelling and heartbreaking exploration of sisterly bonds, government oppression and the right to life. 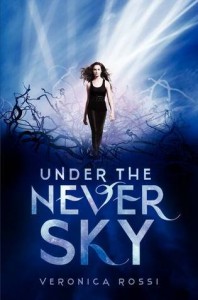 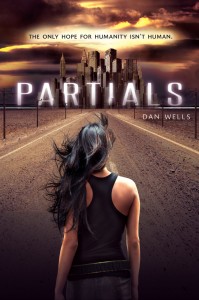 Under the Never Sky by Veronica Rossi – Stellar world-building and a mature, slow-burn teen romance.

Partials by Dan Wells – Fans of Battlestar Galactica will find much to like in this twisty thriller with bad-ass Kira at the helm.

Pandemonium by Lauren Oliver – Lena’s world expands in this fab second installment of the DELIRUM trilogy. 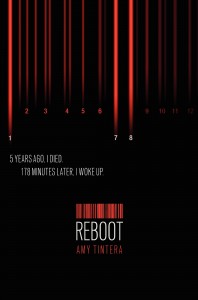 Five years ago, Wren Connolly was shot three times in the chest. After 178 minutes she came back as a Reboot: stronger, faster, able to heal, and less emotional. The longer Reboots are dead, the less human they are when they return. Wren 178 is the deadliest Reboot in the Republic of Texas.

According to the author, Wren might be a bit of a sociopath – and that makes me even MORE excited for this one since I love characters who are complex and have shades of crazy. 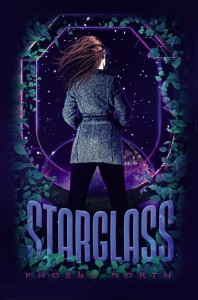 The generation ship Asherah coasts through space, bound for a planet its passengers have never even seen. On the eve of their arrival, sixteen-year-old botanist Terra witnesses the murder of an innocent man and is recruited by revolutionaries as an assassin. But when she falls for Silvan Rafferty, the boy that she’s meant to kill, Terra learns that “doing your duty” isn’t always as easy as it seems.

Cheating a bit because I’ve read this one already and I loved its depth, attention to detail and authentic relationships. Also? Cats in space! 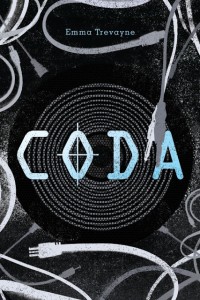 In the 2200s, music is used as a drug to control the masses – but Anthem isn’t going to take it anymore. With the help of the illegal, underground band he fronts, he sets in motion a cascade of events that endanger his family, his friends, and the girl he loves.

In the Shadow of Blackbirds by Cat Winters 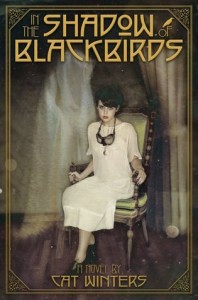 How about a dystopian past? A teen girl mourns the loss of her first love in 1918 California, where a flu has turned deadlier than a world war, disloyalty is forbidden, and spirit communication has become a dark and dangerous obsession.

The Program by Suzanne Young 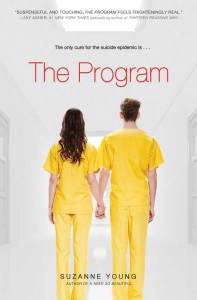 When teen suicide becomes an epidemic, teens get their memories erased – but if Sloane doesn’t want to lose her boyfriend, she’s going to have to fight the system. Sounds a bit like Angie Smibert’s Memento Mori and Eternal Sunshine of the Spotless Mind. I’m in!

Landry Park by Bethany Hagen – Pitched as Gone with the Wind meets a nuclear dystopian future.

Seriously excited about next year, and thanks again to Ana and Thea for having me!