Who: Juliet Marillier, author of lush historical fantasy with a romantic twist – she has created the heartbreakingly beautiful world of Sevenwaters, and she has written fairytale retellings for young and old readers alike. In short, Juliet Marillier is one of Thea’s favorite authors in the whole wide word, and her books are among our most treasured possessions. 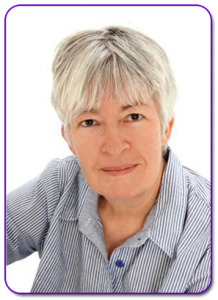 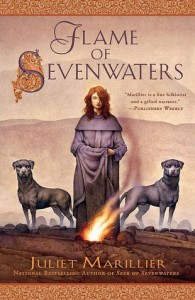 Recent Work: Flame of Sevenwaters, the sixth book in the Sevenwaters Saga, which tells the brave story of Maeve as she desperately tries to save Sevenwaters from Mac Dara’s clutches. Thea loved the book – so much so that it is one of her top 10 books of 2012.

Please give a warm welcome to Juliet, everyone!

Happy Smugglivus, readers! I’ve decided not to bring you a Best of 2012 List or a Hotly Anticipated in 2013 List. Instead, here’s the If Only I had a Magic Wand List: seven books I’d really love to read, if only I could change the pattern of the universe. Raise your glasses to what might have been!

7. A brand new Jane Austen. Not a spin-off like P D James’ less-than-successful detective novel, Death Comes to Pemberley, or a mash-up like Pride and Prejudice and Zombies, or an Austen-derived contemporary novel like The Jane Austen Book Club. An actual, original new Jane Austen. Nobody beats her for elegant prose and wry social observation.

6. A version of the Twilight saga in which Bella ditches both sparkly vampire Edward and hot werewolf Jacob, gets a student exchange scholarship to Sydney, Australia and becomes a happily single doctor/plumber/writer/singer/whatever.

5. A version of Tolkien’s The Lord of the Rings with complex, interesting female characters. Don’t get me wrong, I love this trilogy for its epic story of good versus evil and its wonderfully created world – but it falls very short in the female protagonist stakes with its company of nine companions, all male. Note, the screenplays for Peter Jackson’s movies give Arwen, in particular, a much bigger and more active role than she gets in the books. On the other hand, the movies don’t do a good job with Eowyn. The Magic Wand version would get it right for both.

4. A new historical fiction series from the late, great Scottish writer, Dorothy Dunnett. Her magnificent Lymond Chronicles, a six book saga set in sixteenth century Europe, has unforgettable characters, brilliant world-building and a suspenseful and ingenious plot. Her House of Niccolo series, though still compelling, does not quite match up to the Lymond series. I learned a lot about writing from these books, and like many other obsessive Dunnett fans I wish the author had lived longer and written more.

3. A new Lord Peter Wimsey and Harriet Vane novel from Dorothy L Sayers. This is a classic detective series from the 1920s and 30s, written with wit and elegance. After the author’s death, Jill Paton Walsh completed one unfinished manuscript by Sayers – very well – and penned two more novels in the series. I re-read the whole series often and I never get tired of them. Tip: if you love Dorothy L Sayers you may enjoy the Phryne Fisher novels by Kerry Greenwood, set in 1920s Melbourne.

2. A new Hogwarts series by J.K. Rowling, in a similar vein to the Harry Potter books and perhaps featuring the children of Harry and his friends, since Rowling’s epilogue to Harry Potter and the Deathly Hallows pretty much rules out a sequel starring the same characters. Of course, while we’re waving the magic wand we could unmake that epilogue. Sadly, I’m pretty sure Rowling does not intend to write this series!

1. Top of my Magic Wand List is a new novel from the late Mary Ann Shaffer, author of The Guernsey Literary and Potato Peel Pie Society. The author died before the book – her first novel – was published. Ms Shaffer became seriously ill during the editing stage and her niece, Annie Barrows, finished the book. TGLPPPS is a stand-alone and needs no sequel, but I wish Ms Shaffer had had time to enjoy its success and to write another novel – she was a truly gifted storyteller. TGLPPPS is a beautifully crafted novel of letters, full of history and heart. 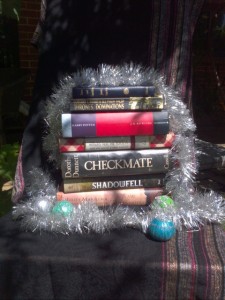 If you had a magic wand, what book would you conjure into being? Post a response in the next 7 days to be in the running for a free copy of my new novel, Flame of Sevenwaters, recently reviewed here on The Book Smugglers. If you prefer, I’ll make that a copy of Shadowfell, first in a new series.

Thank you, Juliet! Now you heard her – to win a copy of Flame of Sevenwaters (or Shadowfell, if you prefer), leave a comment here letting us know which book you’d conjure into being if you had a magic wand. 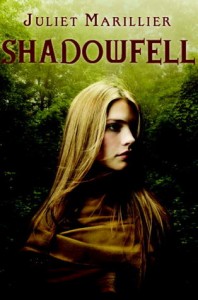 When a Dame Visits