Today we are thrilled to welcome a guest publisher to partake in Halloween Week. Steam Press is an independent publisher of Speculative Fiction, based in New Zealand. When we were approached by Stephen Minchin, the Publisher of the new press, we were instantly intrigued by the titles comprising Steam Press’ list.

Here to talk about the press’s offerings, please give a warm welcome to Steam Press!

I started Steam Press a little over a year ago for the simple reason that no one was publishing the books that I wanted to read, so I figured I’d do it myself. The thing is that I live in New Zealand, which is overflowing with Hobbits and sheep, but publishers are a little thin on the ground. We’ve got the major players (Penguins, HarperCollins, etc) plus a scattering of small presses, but there certainly wasn’t anyone who specialized in sci fi, fantasy, or horror. In fact, there was pretty much no one who’d publish those genres at all. New Zealand publishers do literary fiction, you see – poetry, history, and other Serious Stuff – so if I wanted to read anything fun then I had to buy books that had been published in the US or UK, and if local authors wanted their speculative fiction to be published they needed to send it overseas. Clearly, this isn’t an ideal situation.

As luck would have it I was studying publishing in 2011, having chucked in my job in horticultural consulting (don’t ask) and gone in search of a career that I’d actually enjoy. I started Steam Press while I was still studying, but this didn’t seem like such a bad idea because I assumed it would be months before people started sending me their novels, and maybe six, eight, twelve months before I found one that I really liked. That’s how I sold the idea to my wife, too. As luck would have it, it took about three weeks to find the first book I wanted to publish, and the second and third weren’t too far behind. 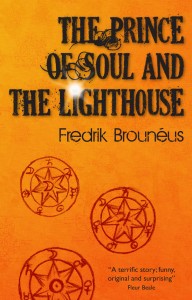 Steam Press’s first book, The Prince of Soul and The Lighthouse by Fredrik Brouneus, is a YA sci fi set in southern New Zealand, and it was a damn fine way to launch the company. It’s exactly what I want to publish – speculative fiction that’s set in New Zealand and is as good as what’s being published anywhere in the world. As a proof of concept for Steam Press it definitely helps that the German and Czech translation rights sold within a couple of months, and the agents are busy in the US and UK. Reviewers loved it, and there was some hope that I could break even with those rights being sold (the New Zealand market is all of four million people, and a book that does well sells a coupe of thousand copies – that clearly doesn’t pay the mortgage for the writer or the publisher). 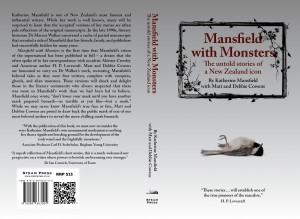 Our second book is the main reason for me posting here, though. Mansfield with Monsters is a mash-up of Katherine Mansfield’s short stories and invading Martian armies, giant insects, and superheroes. Mansfield is probably New Zealand’s most famous author, and her short stories are fodder for high school English teachers across the country. Perhaps not surprisingly, Mansfield with Monsters was created by Matt and Debbie Cowens who are, in fact, high school English teachers, because they realized that students needed something a little juicier to inspire them. When I first read the manuscript that Matt and Debbie sent through I was having visions of my interminable high school English classes, and then the zombies arrived and I snorted coffee out my nose.

Of course, setting the zombies on one of New Zealand’s sacred cows was a risk. I think that this book is pretty respectful, though, and it strives to preserve Mansfield’s language. It’s more “What if Mansfield had written zombies stories?”, rather than “Let’s chuck a zombie into the middle of her work – LOL”. And the national press agree, and went on to not only review it, but raved about it: “If Pride and Prejudice and Zombies was a one note song then Mansfield with Monsters is a choral piece of depth and vibrancy”, and “Stunning and wonderful… Supremely well achieved… Enormous fun to be had” are a good summary of what was said. 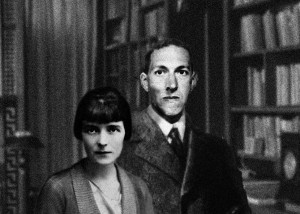 Matt and Debbie also go really into the idea of a backstory for the book, and instead of selling this just as a mash-up we told everyone that these are actually based on Mansfield’s original manuscripts, and that her publisher had refused to print these versions. We created a website for the scholar who reportedly found the cache of old stories, Photoshopped photos to support our fictitious history, and wrote an essay on this to submit to an upcoming conference on Mansfield’s work. We had a brilliant time, which is really what this is all about. 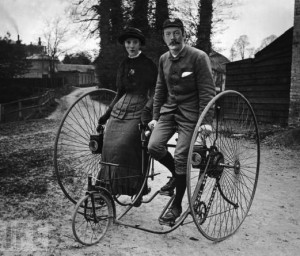 Our third book is Tropic of Skorpeo by Michael Morrissey, a novel that crosses ’50s pulp sci fi and Alice in Wonderland, with a cover that has been decisively splitting opinions into two camps – “best cover ever” versus “my eyes are bleeding” – while our fourth book, The Factory World by Joe Ryan, is a more serious sci fi novel about a boy who finds himself on a strange and scary planet with no idea how he got there, or how to return home. 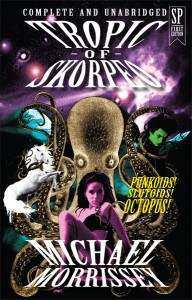 The past year has been an amazing journey – I’m really proud of what we’ve achieved, and super excited about the books that we’ve got lined up. I think the key is for us to stay focussed on New Zealand authors and, where possible, New Zealand settings, but also concentrate on selling these brilliant stories into international markets. In many ways that’s a lot easier than it used to be, of course, but that ease also means that a lot of others are doing the same thing. New Zealand really is about as remote as you can get in the English-speaking world, so my aim with Steam Press is to turn that into an advantage.

We’re a little cut off from the influences of the Northern Hemisphere, and we do things a little differently down here. Will the rest of the world be interested in what we’ve got to offer? Only time will tell, I guess. But I think we’re on to a good thing.

For more about Steam Press and its forthcoming titles, check out the official website HERE.

Halloween Week: A Chat with Harry Markov on Halloween and Horror