Our guest of honor today is Ilona Andrews, talking Inspirations & Influences: heroine style. Ilona is the author of one of Thea’s favorite Urban Fantasy series’ – the Kate Daniels books – has recently added a spinoff book set in the same world, but starring Andrea Nash (Kate’s best friend, who also happens to be a beastkin bouda). Thea reviewed Gunmetal Magic over at Kirkus (she loved it, of course). 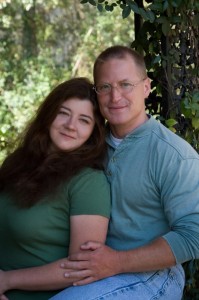 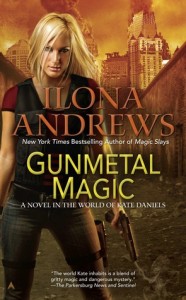 Please give a warm welcome to Ilona, folks!

It’s Okay to be a Girl

It’s interesting how challenging it is sometimes to write about women. In the golden age of science fiction and fantasy, when most of the writers were male, women often took two roles: they were the love interests in need of being protected or rescued or they were the kick butt warrior women clad in impractical chain mail bikinis. As Deety puts it in the first line of NUMBER OF THE BEAST by Robert Heinlein:

“He’s a Mad Scientist and I’m his Beautiful Daughter.”

The NUMBER OF THE BEAST was meant to be somewhat of a a parody, but it is telling that a man gets to be a Mad Scientist while a woman is expected to be pretty. So when a man dramatically declares, “Stand back! I’m going to do Science!”, the woman will likely wave her arms around and squee, “Oooh, pretty sparkles!” 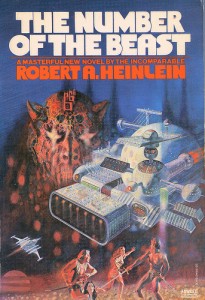 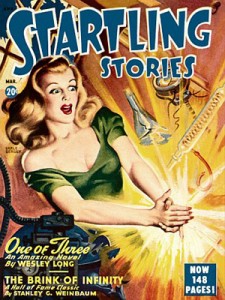 In the modern fantasy, the pendulum sometimes swings the other way. In an effort to portray women as tough and capable, writers assign them attributes typically associated with tough male characters. I’m not talking about professional skills such as knowledge of weapons, ability to fix cars, or expertise in astrophysics. Those skills can be learned by either gender. I’m talking about personality traits.

These women are aggressive, hostile, often just because they feel like it, and sexually promiscuous. (That last one really gets me, because “promiscuous” isn’t a synonym for “sexually empowered.” Sexually empowered women tend to be selective.) The rejection of “feminine weakness” is pushed to ridiculous levels. These “tough” women never utter the word “cute”, they don’t cook, they don’t engage in any artistic pursuit, and if someone calls them girly, they will surely chew up bricks and spit out gravel just to get their hands on the offender.

The problem with this stereotype is two fold. One, feminine personality traits and traditionally female pursuits and hobbies are viewed as weak. Under this mindset, to be tough, women have to abandon who they are. Two, these characters are difficult to relate to and they aren’t very likable. (The male tough stereotype they’re based on wasn’t very likable either.) If I’m going to invest my time in following a character through her adventures, I want them to be someone I’d root for.

When we set out to write Andrea, my personal goal was to write the kind of woman who was tough, vulnerable, but still feminine. If Andrea sees a small fluffy kitten, her eyes will light up and she’ll likely say, “Aww, how cute!” And if a giant shark-toothed monster then attempts to eat said kitten, she will shoot it in the head until its brains ooze out of its ears, kick it when it crashes down, pick up the traumatized kitten, and walk away into the sunset making soothing noises and promises of canned tuna.

Andrea reads romance novels and has a closet full of guns. She spends some time trying to figure out what to wear and even more time making sure that not a single speck of trace evidence is left at the crime scene she is processing. But more importantly, she has a personal code of ethics. She has integrity and compassion and strives to do what she feels is right rather than what is easy, and in my opinion that’s what makes a character, male or female, truly tough. 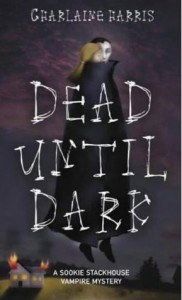 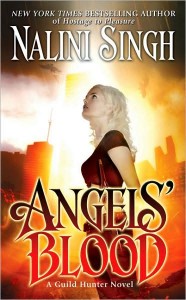 Some of my other favorite feminine yet tough characters are Charlaine Harris’ Sookie Stackhouse and Nalini Singh’s Elena Deveraux. Do you have your own favorite?

About the Author: “Ilona Andrews” is the pseudonym for a husband-and-wife writing team. Ilona is a native-born Russian and Gordon is a former communications sergeant in the U.S. Army. Contrary to popular belief, Gordon was never an intelligence officer with a license to kill, and Ilona was never the mysterious Russian spy who seduced him. They met in college, in English Composition 101, where Ilona got a better grade. (Gordon is still sore about that.)

Gordon and Ilona currently reside in Texas with their two children and many dogs and cats.

Thank you, Ilona! And now for…

We have a copy of Gunmetal Magic up for grabs! The contest is open to ALL and will run until Sunday July 29 at 12:01am EST. In order to enter, leave a comment using the form below. Good luck!