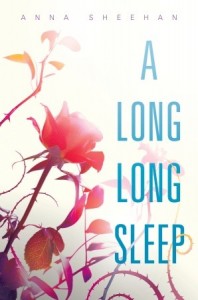 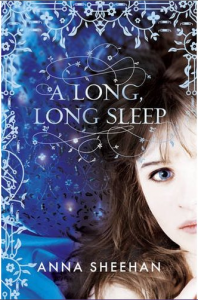 Rosalinda Fitzroy has been asleep for sixty-two years when she is woken by a kiss.

Locked away in the chemically induced slumber of a stasis tube in a forgotten sub-basement, sixteen-year-old Rose slept straight through the Dark Times that killed millions and utterly changed the world she knew. Now her parents and her first love are long dead, and Rose — hailed upon her awakening as the long-lost heir to an interplanetary empire — is thrust alone into a future in which she is viewed as either a freak or a threat.

Desperate to put the past behind her and adapt to her new world, Rose finds herself drawn to the boy who kissed her awake, hoping that he can help her to start fresh. But when a deadly danger jeopardizes her fragile new existence, Rose must face the ghosts of her past with open eyes — or be left without any future at all.

Stand alone or series: Can be read as a stand alone novel, but I’ve heard rumors that a sequel is planned (I hope!!!)

Why did I read this book: A dystopian YA novel, loosely based on/inspired by Sleeping Beauty? Questionable covers aside, this book has Thea written all over it.

Rosalinda Fitzroy is the daughter of the most powerful parents in the world. Her mother, a beauty and high society darling, and her father, the CEO of international conglomerate UniCorp, both adore and dote on their obedient, darling little princess. So, when Rose finds herself being awakened by a boy (via mouth to mouth resuscitation, hardly a real Prince Charming kiss), not her usual motherly wakeup with a champagne luncheon, she is terrified and disoriented. Rose learns that she has been in stasis for sixty-four years, and during her long sleep the world has ended and been reborn again. Everyone that Rose has ever known is dead, including her parents and her boyfriend, Xavier. Thrust into a world in which she is an utter outcast, though she is an heiress to an immense fortune (much to the frustration of UniCorp executives and stakeholders), Rose is a stranger in a strange land. Her peers at school avoid her and treat her like a ghost – all except Bren, the boy who found Rose to begin with, and Otto, an alien-human Unicorp genetic experiment who is even more of an outsider than Rose. As Rose struggles to assimilate to her new surroundings, memories and long-dormant, half-forgotten truths begin to surface. Someone is out to hurt her, and she must be able to come to terms with her dark, troubled past in order to survive.

At first glance, A Long Long Sleep seems, and sounds, vaguely familiar. Certainly there are similarities to a slew of soft, so-called SF titles on the young adult market – Beth Revis’s underwhelming Across the Universe immediately comes to mind. BUT A Long Long Sleep has what these other novels do not; namely, characters, patience, and heart. To put it simply: A Long Long Sleep broke my heart. I am not an emotional person, dear readers, so it is a huge thing when I feel truly moved by a book on an emotional level. I loved this book with its myriad complications, messy human emotions, and fragile relationships cast asunder by the ravages of time. Ms. Sheehan’s debut is haunting, fraught with sadness and loss. This book is so very powerful. I will say it again, because sometimes the simplest statement sums up everything:

I loved this book.

For all that it is billed as a Dystopian, post-Apocalyptic novel with a scifi bend, A Long Long Sleep is a character-centric novel. It’s a study of a girl that has been abandoned and left to sleep while the world has been ravaged by war and death, and then reshaped without her. It’s the story of a girl who is one hundred but has the body and mind of a sixteen year old, who seems passive and bland and immature but in reality has layers upon layers of hidden depth. It’s the story of a deceptively simple, naive-seeming character, whose complexity is revealed over the course of her narrative, resonating with the power of raw grief, anger and passion, bottled up over the course of decades in prolonged, chemical slumber.

You see, there’s something wrong with Rose; there’s something about her past that we don’t know right off the bat but suspect from the outset of the novel. This something develops slowly, menacingly over the course of the book, and when we finally learn the truth it’s all the more devastating. It’s devastating because for all that this is a novel set in the future, it’s also a book about relationships and love, about power and abuse and the dark far-ranging damage it can wreak on a child’s psyche. Rose may start the book as a passive, frightened girl, but she grows so much over the course of the novel as she awakens from her protective cocoon of disengagement and becomes the strong young woman she truly is. Rose’s character arc is so very cathartic, and I loved every bit of this thorny, artistic heroine with a troubled past.

What’s even more impressive about this novel, however, is that this depth and nuance of character applies not just to Rose, but to others. The boy that awakens Rose, Bren, has his own depth and realism as a teenage boy and is likeable enough, but the characters that stole my heart were Otto and Xavier. Xavier, Rose’s lost love from her life before being stassed for over sixty-years, and the memories/flashbacks of the strange but loving relationship are haunting and beautiful in equal measure, as their history is immensely revelatory and so very heartbreaking. Not a day goes by that Rose does not think of Xavier and not a day goes by that she does not draw his face in her art. And then, in the present, there’s Otto – the alien-human boy, created by the same corporation that Rose has become heiress to, who cannot speak but can read minds through touch. I loved the relationship that unfolds between Otto and Rose, as outcasts that find comfort in each other. There were so many unexpected turns to this and other relationships, from Rose’s past to her future, with her family and with who she loves.

At its core, this is what A Long Long Sleep is really about: love. Not just romantic love, but all different kinds of love. The love between a parent and child; the kind of selfish love that can be twisted into something ugly and abusive; the rosy glow of first love; the kind of love born of complete understanding and friendship; and, most importantly of all, the love of oneself.

I know my plain words aren’t enough to do this beautiful book justice, but what I can say is this: I implore each and every person to read this emotionally wrenching, bittersweet journey of a novel. A Long Long Sleep is easily one of the best books I have read in 2011, and I look forward to much more from this promising new author.

I’d try to hold on to my stass dreams as long as I could. It’s a game I would play, struggling to keep track of those misty images that were always so easily lost. I’d try to keep myself in stasis, keep my heart beating too slow to feel, refuse to wake up my lungs. Once or twice I managed to hold on so long that Mom panicked and turned on the resuscitator.

So when the electric-blue seascape I was trying to hold on to was interrupted, not by a hand but by the feeling of lips on mine, I was startled. I sucked in a breath through my nose and sat bolt upright, knocking my head against my would-be rescuer.

I couldn’t see. Everything was dim and painful, as if I had just opened my eyes into a bright light after days in the dark. An unfamiliar voice shouted unfamiliar words: “Holy coit, you are alive!”

You can read more online HERE.

Over at Kirkus: BINTI by Nnedi Okorafor