Who: Cindy, one of the incredible team behind Fantasy Book Critic, a review blog dedicated to all things speculative fiction. FBC is one of those blogs that we have major site envy for, and we are tickled to have Cindy over to talk about her favorites of 2010.

Please give a warm welcome to Cindy, folks!

It feels as if it was just yesterday we were ringing in the New Year and now we have come to the very last weeks of December. It is now the time that everyone sits back and looks at the past 50 weeks of publishing and picks out what their “Best of” list is.

2010 was a unique year for me. A year of finding new authors, veterans of writing and debut authors, revisiting old series and of course loving the heck out of some new books. I covered books from the early middle grade fantasy to the high fantasy that is considered “adult”. No stone was left unturned during 2010.

So without further ado, I’d like to highlight some of my favorite reads of 2010. 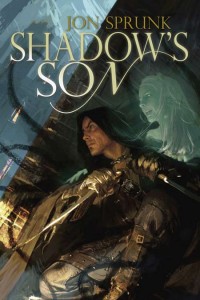 I love the heck out of this book. I have read it at least three time in 2010. I’m not sure if it is the fast paced feeling of the book, non-doorstop thickness or characters. This book has everything a fantasy reader could want to read about and there’s true assassins!

Secrets of the Sands: Book 1 of the Children of the Dessert by Leona Wisoker

This was a surprise find of 2010. I mean there isn’t much you can do with a “dessert” style world or so I thought and boy was I proved wrong. Leona creates an in-depth world, strong characters and a unique storyline that I just cannot get enough of. I just love it through and through.

2010 was a year of exploring “high” fantasy or fantasy that has a unique magic system to it. If it’s an enjoyable great read you are looking for then Spellwright is it. It had a great magic system and just pulled me in from page one.

I read a lot of YA books in 2010 and while I remember every book I don’t think any stood out as what I would call my favorite (To be fair I did not get to Mockingjay or any of the “big” hits this year). 2010 was definitely a year of high fantasy and not YA. However, two did stand out to me. 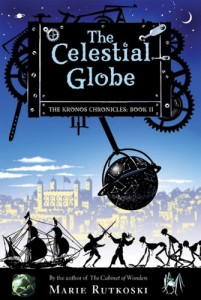 I loved the first book and the second book just made this series one of my top favorites. Celestial Globe develops existing characters and takes place in my favorite time period and place, an Elizabethian London and who can forget the talking tin spider whom I love.

Although somewhat predictable I loved Incarceron. It was a unique storyline and setting and really just grabbed me and made me want to read. I think I read this book in a day flat I enjoyed it that much.

The Stuff of Legend: Book 1 the Dark by Mike Raicht and Brian Smith 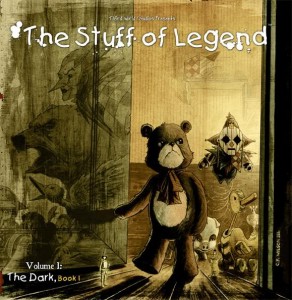 I found this graphic novel and it just combined everything I love about fantasy. Talking toys, a fight against evil, it was all here. I never knew that a graphic novel created solely with a light brown shadings could be so captivating but it was and I adore “The Stuff of Legend: Book 1 The Dark”.

I was able to visit some series that I was not able to in the past. The two that stand out for me are The Codex Alera Series by Jim Butcher and the Recluce Saga by L.E. Modesitt Jr. I don’t know where I was where these series came out, okay well The Magic of Recluce series started when I was in first grade but I really enjoyed “going” back to some of the finer series of books. While Codex Alera Series isn’t as old it really grabbed me as a series I must read. The Recluce Saga was just the old high fantasy that I seemed to crave in 2010. 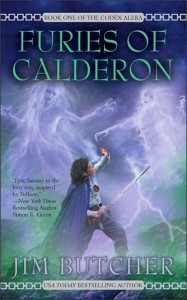 Overall, looking at the over 200 books I read in 2010 it is obvious that high fantasy was a must have on my list this year. Of course as with every year there are over 100 books that I wanted to get to but just couldn’t find the time to read.

2010 was a year that had a craving for intricate magic systems, assassins, Elizabethian London and just overall epic fantasy. What more could anyone ask for?

There are definitely a lot of great books for 2011. Who knows what is in store for the fantasy world next year. Till next year.Cindy!