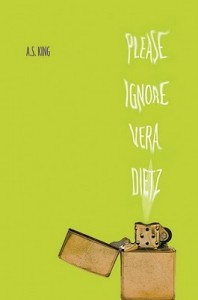 Vera’s spent her whole life secretly in love with her best friend, Charlie Kahn. And over the years she’s kept a lot of his secrets. Even after he betrayed her. Even after he ruined everything.

So when Charlie dies in dark circumstances, Vera knows a lot more than anyone—the kids at school, his family, even the police. But will she emerge to clear his name? Does she even want to?

Why did I read this book: Everybody and their dogs are loving it so much: Twitter people, authors, readers and bloggers. I have heard nothing but praise for this book. It even got starred reviews from Kirkus and Publishers Weekly. I just had to read it too.

Dear readers: Please Ignore Vera Dietz is a heartbreaking book. Probably one of the most heartbreaking books I have ever read and when I say heartbreaking, I do mean it. It is a sad book, difficult to read and as I finished it, I sobbed my heart out, out-loud, feeling like I would drown in my own tears. Just thinking about it makes me want to start crying all over again. Yes, Please Ignore Vera Dietz is unflinchingly sad and all the more sad because of its unwavering realism. Emotional reaction aside, it’s also an extremely well-written book, with beautiful prose and a narrative structure that works and with characters that you both want to yell at and hug close to your heart.

The funny thing is how wary I was when I started reading Please Ignore Vera Dietz. My first encounter with A.S. King’s books was not was not very successful and I thought that The Dust of 100 Dogs had great potential (its premise, the prose, the narrative) but it never lived up to it. And when I started Please Ignore Vera Dietz, I was startled by how Vera’s voice reminded me of that other book and by the similarities in the structure of both novels, alternating between past and present and building up to reveal a mystery. The main difference is how this time around, there is cohesion between past and present and how the resolution is handled with more care. As for the voice, soon enough Vera became her own person, wholly different from Saffron/Emer. In that sense, to me, Please Ignore Vera Dietz is a much superior book to The Dust of 100 Dogs and I am glad that I gave the author another chance.

Her entire life, Vera has loved Charlie, her next door neighbour, her best friend, her first love. Then that love turned into hatred and the story follows Vera now, after Charlie died and Vera then, torn between friendship and love and ultimately hate. Add to that alternating narrative, a couple of chapters from Vera’s dad perspective, a few more from a Pagoda and from a dead kid (adding a bit of fantastic realism to the mixture) and ergo, you have all that you need to put the puzzle pieces together. And by the time the reader does, it is not hard to understand both the love for Charlie but the hatred too and how it is possible to feel both at the same time for the same person.

The mystery of how Charlie died – something that only Vera knows, and only Vera can clear his name after horrible accusations have been made – and what made Vera hate him is what drives the plot forward and what keeps the reader on the edge to find out. But the real tragedy of the book, the real story that the author is telling is the one that is flawlessly woven in the narrative. Because Vera, and Charlie and Vera’s father are united by something other than Charlie’s death: they are united by how he lived, abused by his parents and witnessing his mother being abused every single day; by Vera and her father’s silence (“please ignore it, Vera”) in the face of that abuse; by how they are all trapped by poverty and prejudice and small-town minds. Vera’s father brought her up by himself after her mother left a few years back and he is strict and aloof, he demands and expects Vera to work from a very early age so that she can learn the real value of money as much as he expects her not to go on dates so she won’t turn into a slut or how he expects her not to drink so she won’t turn into an alcoholic just like him and his father before him. And even with all that, it is undeniable that Vera’s father does all that because of love.

It is a horrible, poisonous environment they live in where the idea of destiny (and genetics even, as idiotic as it may sound from outsiders who know better) keep them both trapped in a vicious circle and because they are both failed by the ones that would help them getting away from it, i.e. their parents it is all down to Vera and Charlie to try and break away on their own. We know that Charlie didn’t and this is part of what makes it heartbreaking. Because it leaves Vera in such a lonely, cumbersome life where breathing is hard, getting away is hard, trying to see is hard but by the end of the book, there is definite hope in the horizon.

I am trying really hard not to spoil the book by not giving away details of the plot. But I can say that Please Ignore Vera Dietz is the sort of book that is not bound by the confines of its covers. It made me think beyond the book, about real life, and real kids going through shit like Vera and Charlie go through, about being silent, about ignorance and poverty and horrible circumstances and what it can do to people. That is also made me care so much for fictional characters that I hope for their lives – Vera’s and her father’s – to be better after I close the book can only attest to the strength of this story.

The more I think about the book, the more I like it and I would not be surprised if it made its way into my top reads of 2010.

The only other thing I can say is: please don’t ignore this gem of a book.

Notable Quotes/ Parts: I loved this part (which is part of Vera’s vocab exercises too by using certain words):

Instead, my parsimonious father launches into a ten-minute-long lecture about how working for a living is hard and kids today don’t get it because they’re given allowances they don’t earn. Seemingly, this is character-building. Apparently, most kids would be thankful. Allegedly, I’m the only kid in my school who isn’t “spoiled by our culture of entitlement”. My mother left us when I was twelve. She found a man who was not as parsimonious as my father and they moved to Las Vegas, Nevada, which is two thousand five hundred miles away. She doesn’t visit. She doesn’t call. She sends me a card on my birthday with fifty dollars in it, which my father nags me about until I finally go to the bank and deposit it. And so, for all six years she’s been gone, I have $337 to show for having a mother. Day says that thirty seven bucks is good interest. He doesn’t see the irony in that. He doesn’t see the word interest as anything not connected to money because he’s an accountant and to him, everything is a number. I think $37 and no mother and no visits and or phone calls is shitty interest.

Additional Thoughts: I have noticed that the majority of my favourite reads so far this year have been Contemporary YA. Thus, I am proclaiming 2010, The Year of Contemporary YA. I mean, this was the year when I discovered John Green, E. Lockhart and Jaclyn Moriarty, three of my new faves. But also debut authors and works like The Sky is Everywhere by Jandy Nelson, The Space Between Trees by Katie Williams and now Please Ignore Vera Dietz (ok, not really a debut for a worthy sophomore effort). 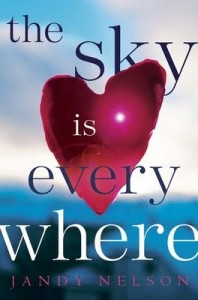 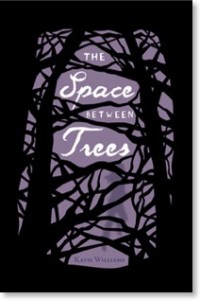 So who else do I need to discover? Recommendations are very welcomed.

Reading Next: The Shadow Speaker by Nnedi Okorafor

Over at Kirkus: The Six-Gun Tarot by R. S. Belcher