Chat With an Author Smuggler Specialties YA Appreciation Month 2010

YA Appreciation Month – A Chat with Malinda Lo

Welcome to our latest guest post in the YAAM – 2010 edition. As part of our celebration of all things YA, we invited authors from different genres to write about the books and the genres they write.

Today’s guest is Malinda Lo, author of Ash, a lesbian retelling of Cinderella and one of Ana’s top reads of 2009. We invited Malinda to chat about writing her books, publishing it and everything in between. 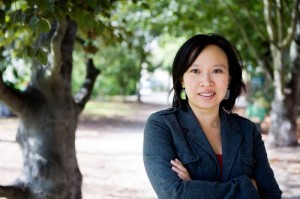 The Book Smugglers: Hi Malinda, thanks for taking the time to chat with us. Could you tell us a bit about yourself?

Malinda: I’m a liberal, lesbian, Asian American, feminist, domestically partnered dog-owner in Northern California. 🙂 And I write novels! My first, Ash, is a retelling of Cinderella with a lesbian twist. My second, Huntress, is a companion novel to Ash and will be published in April 2011. Both are young adult novels. Before I wrote YA novels, I was an entertainment reporter. 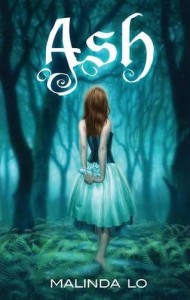 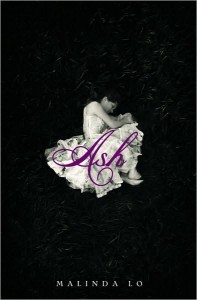 The Book Smugglers: Your book Ash is a retelling of the classic Cinderella story, with a twist – instead of falling for Prince Charming, your heroine falls for another girl. When you wrote Ash, did you have any fears that major publishers would not pick up your book?

Malinda: Absolutely! When I first realized I was writing a lesbian version of the Cinderella story, I actually thought it would be dismissed as a joke. It seemed like a completely bizarre idea to me, and I had to mull it over for a while before I got used to it and decided it was, in fact, a good idea. I was afraid it would be too gay for mainstream publishers, but to my surprise, it was actually rejected once because it wasn’t gay enough. (Essentially, there is no coming-out story, so the fact that Ash falls for a woman isn’t a big deal in the world of the book.)

The Book Smugglers: There is a solid market for same-sex romance novels (that is, F/F or M/M), but you chose to write a young adult novel instead. Why?

Malinda: There are two reasons. First, when I began working on Ash I did not read romance (same-sex or heterosexual) and had no knowledge of that market. Second, I didn’t think about what genre Ash fit into until it was finished and ready to submit to agents. I wrote the novel for myself, aka the Malinda Lo Likes It genre. Of course, book publishers don’t publish books in that genre (though they should!), so I had to figure out where Ash fit among the genres that are published. Young adult seemed most appropriate, although I did initially think it was an adult fantasy novel.

The Book Smugglers: Even in this day and age in the United States, books – especially those of “controversial” natures – are still routinely banned from libraries and schools. As a young adult novel with a F/F romance, have you been on the receiving end of any nastiness from readers, parents, schools, or other sources?

Malinda: I’d say that nastiness is too strong a word for what I’ve encountered. I’ve experienced two instances of parental objection to my book, but they weren’t all that nasty. At an event I did at the Brooklyn Public Library, one teacher told me that her students’ parents objected to my novel and therefore they did not send their students. She brought other students (younger ones!) whose parents had no problem with it. And in Marin County, where I live, parents objected to a story in the Pacific Sun (a local news weekly) about Ash that featured an illustration of two Disney princesses dancing together. These moms wrote in to say they didn’t want to explain two girls dancing together to their children. Many, many people wrote back in response and pointed out that girls dance together all the time, regardless of whether or not they are gay.

Both experiences struck me as surprising because they took place in locations I thought were pretty much liberal and gay-friendly. But in both cases, the homophobia was met with just as much (if not more) support for gay people in response.

The Book Smugglers: Ash is not a Problem Novel of a Coming Out story. In Ash’s world it is perfectly natural to fall in love with someone of the same sex. Was that a conscious decision and if so, why did you take this route?

Malinda: Yes, that was a conscious decision. I just didn’t want to force Ash to deal with homophobia. The idea of it made me cringe as a writer; I had absolutely no desire to go through the experience of writing that. I mean, I’ve done it in real life, and I didn’t want to do it again in fiction!

Also, I wanted Ash to have a fairy tale, just like Cinderella is supposed to have. Part of that fairy tale is about falling in love with someone whom others also desire — Prince Charming, you know, is charming partly because lots of ladies want him. So, Kaisa had to be seen as desirable by more people than only Ash. That meant that homophobia could not be part of the story, and gender could not be a limit to who you fall in love with.

The Book Smugglers: You recently wrote a series of great articles on “Avoiding LGBTQ Stereotypes in YA Fiction” – what prompted you to write these?

Malinda: Those posts were prompted by a talk I gave at a local SCBWI chapter for a panel on LGBT YA fiction. After the panel, I wanted to share that information with more writers, so I decided to turn the talk into a series of blog posts.

In my previous job, I wrote about the representation of lesbians and bisexual women in the media for AfterEllen.com and other LGBT publications, so I’ve thought a lot about what goes into stereotypes and how to avoid them in producing pop culture. When I began reading more widely in YA fiction, I kept encountering stereotypes that surprised me, and I didn’t see a lot of discussion about them in the YA blogosphere. I actually felt that several of the stereotypes I encountered were accidental — that the authors might not have been aware of what they were doing.

Part of my goal in blogging about the stereotypes was to get the discussion going and to provide an opportunity for those who were unfamiliar with LGBT issues to ask questions in a friendly environment. I think it’s important to be honest and open about these things, and allow people to ask things that might seem “stupid.”

The Book Smugglers: Do you have a list of recommended GLBT reading for our readers?

Malinda: This is not YA, but my favorite novel with lesbian characters is definitely Sarah Waters’ Tipping the Velvet. It’s a historical novel set in Victorian England about an 18-year-old girl who leaves home for the London stage and becomes a male impersonator. It is sexy and fun! 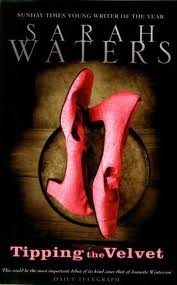 I recently read an ARC of Wildthorn by Jane Eagland, a YA historical novel that comes out this September. It is a lot like a Sarah Waters novel if it had been written as YA, and I really enjoyed it. 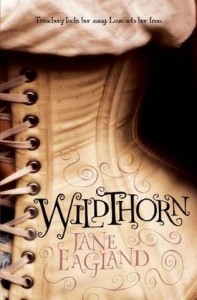 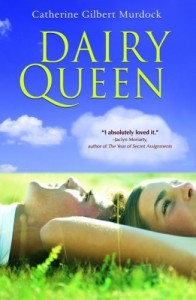 About the author: Malinda Lo is the author of Ash (Little, Brown Books for Young Readers), which is a nominee for the Andre Norton Award, was a finalist for the 2010 William C. Morris Award, and was a Kirkus Best Young Adult Novel of 2009. Formerly, she was an entertainment reporter, and was awarded the 2006 Sarah Pettit Memorial Award for Excellence in LGBT Journalism by the National Lesbian & Gay Journalists Association. She is a graduate of Wellesley College and has master’s degrees from Harvard and Stanford universities. She has lived in Colorado, Boston, New York, London, Beijing, Los Angeles, and San Francisco, but now lives in a small town in Northern California with her partner and their dog.