2009 is over, 2010 has begun, and Smugglivus is nearly complete! Which means that we must also undergo another very important ritual…

In ascending order, these are the things that really pissed us off this year. 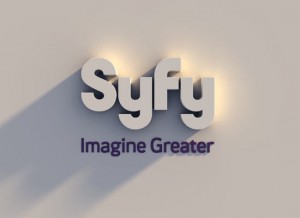 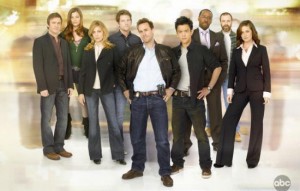 We don’t know what’s more insulting – the fact that a turd like FlashForward is expected to take over for LOST after its final season, or the fact that ABC and The Powers That Be think that we LOST fans are so blind and pathetic that we’ll settle for their blatant pandering (ex.1: OMG a KANGAROO! It’s JUST like a WTF!POLARBEAR!) (ex.2: The casting of (dead) former Losties, like Penny and Charlie. Maybe even Libby and Eko will show up at some point.) Add to that how ridiculously cheesy and overly-dramatic the whole thing is, and, well, we LOST fans are so not impressed. This is NOT a worthy successor. Simply throwing together a shitty ensemble cast show with integration of “flashes” does NOT a good show make – especially if you couple that with bad acting and yawn-inducing/eyeroll-worthy plot.

And it’s not just FlashForward we’re looking at – there’s also disappointments from formerly good shows *coughSUPERNATURALcough* *coughHEROEScough*. There are also the really, really bad new shows – the continued celebration of idiot, vapid, privileged, asshole pseudo-celebrities on shows like I’m A Celebrity, Get Me Out of Here (or anything on E!, MTV or VH1 for that matter); the trend of not being able to think of anything new so rebooting shows from the ’90s (Melrose Place, 90210)…the list goes on.

Example number 2 was Soulless by Gail Carriger, a book both of us had been anxiously expecting. The marketing material and the spine clearly estates the book is Horror/Fantasy with Steampunk but really , the story was a Paranormal Romance with very little Steampunk elements. Our impression is that these choices are attempts to ride a “wave” but the mismarketing ends up backfiring because it simply doesn’t hit the right public.

And speaking of Poor Marketing Choices, what is up with the amount of the Sameness in Romance covers and Titles. The sheer amount of books with “duke”, and “wicked” in their titles last year was mind-blowing, or more like, mind-numbing. It just makes all books look the same, sound the same, when in fact they are not. 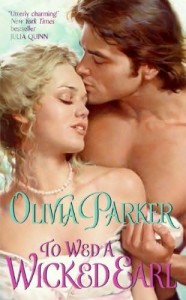 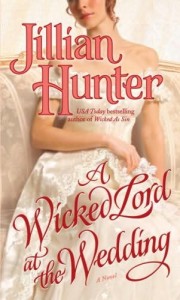 And then we have to mention YA and the current tendency of comparing all books to Twilight by Stephenie Meyer. We received quite a few ARCs and promotional materials last year, describing a book like “The New Book for Twilight Fans,” or “The Next Twilight,” or “Like Twilight, Only Better.” To be honest, this is a sure way to make us NOT want to read the book. We actually both enjoyed Twilight when we first read it, but that train needs to leave the station now.

And speaking of Twilight…..

2. The (Twilight) Curse of Stupid Heroines (especially in YA books)

We get that a large part of the appeal of Twilight is that Bella is such a bland, undefined character – allowing for readers (and moviegoers) the power of self-insertion. There’s nothing about Bella that stands out or makes her much of a heroine, or a character for that matter – she’s thoroughly ordinary, with no defining passions or hobbies, beyond of course omg loving Edward (for obvious reasons). She’s an “every-girl.” Actually, that’s a misnomer. She’s actually a “no-girl.” She doesn’t exist on her own – she only lives and is willed into reality by Edward’s love for her.

Sarah Rees Brennan wrote a blog post about this in 2009, about the “blank page heroine.” Justine Larbalestier also wrote her own post about the archetype she calls “The Girlfriend.” (Please note in both cases, no names are named for examples of these types of heroines – any opinions concerning heroines expressed here are ours and ours alone as Book Smugglers)

And this is something that drives us positively batty. This is a rant we know you’ve heard from us throughout the year (and over the two years since we’ve started this blog) – but this model of heroine, the Bella no-girl, is not only insulting and sends out something of a damaging message (Hey, I’ll give up EVERYTHING about myself – family, friends, my very soul – because that’s what I have to do to be with Edward. He doesn’t have to do anything. But it’s ok. Because that is what love and life is all about! I will be with Edward FOREVER! SPARKLE!!). But even more disturbing than this is how WIDELY ACCEPTED the Bella no-girl heroine has become. She’s all over the place. Most noticeably she’s in YA fiction (take, for example, Grace from Maggie Stiefvater’s Shiver – a character that exists to be protected by her werewolf boyfriend) [**AN ASIDE: Also, creating one or two “character quirks” for these heroines does NOT a fleshed out character make. Bella being clumsy or Grace liking to cook is great. But the half-hearted creation of a single throwaway hobby does not constitute character definition or development. Sorry.]. But this type of character also rears her nondescript vanilla personality in other genres too – romance, fantasy, horror, heck, even in movies.

And frankly, we’re sick of it. We want characters, we want heroines, we want people with texture and color and dimension.

Ok, while we love LOST, we do take issue with certain aspects of the show (especially recently). The nuke (presumably) going off and “resetting” the timeline feels like a copout, and the actual motivation for setting the bomb off is the MOST IDIOTIC MOTIVATION WE HAVE EVER SEEN IN OUR LIVES.

What was the reason the writers decided would make it OK to nuke the island, kill everyone and “reboot” the storyline (possibly)? What seasoned reasoning would make this all work? Would it be the logical reasoning – taking into account all the people who died on/because of the island (Boone, Shannon, Libby, Ana Lucia, Michael, Eko, Charlie, probably Claire, Naomi, Big Red, Danielle, Alex, Karl, almost Sayid, innumerable redshirts and Others and OTHER Others, so far as we know Locke…)?

No. NO. Of course not. NO, rather, the plot and character motivation that the writers come up with is…. 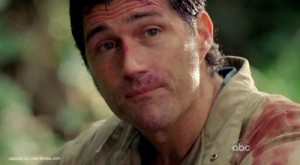 “Because I had her and I lost her.”

And that’s it! Our 2009 grievances are aired, and our 2010 slates are clean. Are there any gripes y’all have had for the past year that you want to get off your chest?

And don’t forget, later today, we Air our Grievances with Supernatural….quite possibly the show that took the WORST turn in the history of TV, totally jumping the shark.