Halloween Week: A Chat with Harry Markov on Halloween and Horror

Yesterday, the wonderful Harry Markov of Temple Library Reviews – or Harrymonster, as we like to call him – had us Book Smugglers over at his blog for a Halloween interview. Today, we return the favor! See, Harry, Ana and myself make up our own Unholy Trinity – Harry as Harrymonster/chainsaw-wielding maniac, Ana as the master Ninja Assassin, and I as ZombieThea (note the battle cry for BRAAAINS). In the spirit of our Trinity, of course we had to have Harry over for a chat.

Without further ado, we give you our chat with Harry!

The Book Smugglers: Do you celebrate Halloween?

Harry: I don’t have Halloween traditions, although mentally and spiritually I am all tuned for the holiday and if you visit my home town you will most likely find me begging evil creatures that hide in the dark to devour people I generally don’t like. There have been attempts to participate in a masked party or just roam the streets and shuffle around. So far I have missed the last three years on such plans, but hopefully this year.

The Book Smugglers: What (if any) are the Halloween celebrations in Bulgaria? Can you describe your traditions (even if they are completely your own and have nothing to do with Bulgarian celebrations)?

Harry: Since we are orthodox in Bulgaria, there is pretty much no such thing as Halloween. We are fans of the martyrs and saints and usually have special dedicated for these figures. But there is one tradition that comes closest to Halloween. The men dress up as monsters and dance in the streets with bells to scare the evil winter spirits and bring health and fertility with the new year. It’s a very loud exorcism and dates back to the Middle Ages, if I am correct in my estimation.

The Book Smugglers: What was your most outrageous Halloween costume? (Or, what would be the most awesome/outrageous costume you wish you could wear, but never have?)

Harry: I haven’t had an official costume yet for Halloween, but during my German classes we had quite a few stage games and I have worn a lot of costumes, but none were outrageous. I want to paint my body in chalk white, add blue-grey and wear white hair and eyes. The costume will be plastic sheets wrapped around me in a robe fashion as if I am a corpse in one of those morgue sacks, but see through.

The Book Smugglers: If you could be any Halloween monster (zombie, vampire, werewolf, ghost, etc), what would you be?

Harry: Oh that is pretty easy. I want to be a wraith, but not just a simple wraith, but quite pissed and vengeful apparition. That way I can be incorporeal, which means floating and flying and at the same time affect the physical world, when I kill people most mercilessly. Yup, I am going to be a bastard in my death.

The Book Smugglers: What’s your favorite book and/or movie to get into the Halloween spirit?

Harry: I don’t have a favorite book, because I never ever re-read… The ending is always the same sadly. However zombie movies and anything bizarre. Yesterday I watched “The Rocky Horror Picture Show” and although a rock musical comedy it screamed Halloween mental patient to me and I have been aching to find the soundtrack to that movie. 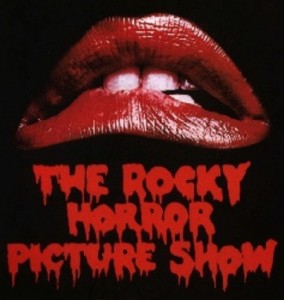 The Book Smugglers: Do you know any good Halloween myths or scary stories? Care to share one with us?

Harry: YES! Do I? Man, I grew up summoning spirits with a mirror, lipstick, cookies and a penny. Hah. There are the ever popular Queens, one queen for ever color of cards. The Queen of Diamonds sliced your veins while showering, while the Queen of Hearts ripped your chest open and ate your heart. The most popular was the Queen of Spades, who is pretty much like your Bloody Marry. Also dead people like pennies. Leave one on a grave at midnight and you will see a ghastly hand trying to grab it. I recall something about calling three old dead ladies again at the cemetery at midnight, but it’s all vague now.

The Book Smugglers: And since this question is so. damn. awesome. can we steal it and ask it back to you: In which horror movie would you like to be a protagonist and what kind of protagonist would you like to be. Give me details and there is no limit to answers. You can be a chimp with a lightsaber in Night of the Living Dead for all we care.

Harry: That is pretty damn easy. I wanna be an all powerful wizard in an apocalypse of super fast and mutated zombies. Tarantino will be movie director along with Clive Barker and Stephen King as the script writer. Imagine how grand it’s going to be… *sigh* Anyway I will have nuclear ranking powers that will kill mercilessly and fly. I am also considering whether to wear magic cape or spandex and who to have as partner, but Thea sounds right for the job.

So there you have it, folks! Now if you’ll excuse us, we’ve got some lightsaber wielding chimps to train. Thanks again, Harry for the fabulous interview!