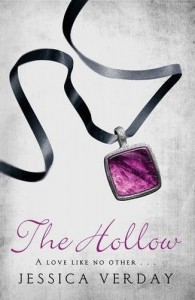 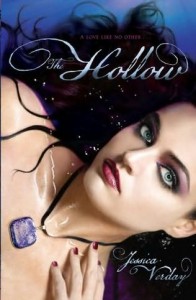 Summary: When Abbey’s best friend, Kristen, vanishes at the bridge near Sleepy Hollow Cemetery, everyone else is all too quick to accept that Kristen is dead and rumors fly that her death was no accident. Abbey goes through the motions of mourning her best friend, but privately, she refuses to believe that Kristen is really gone. Then she meets Caspian, the gorgeous and mysterious boy who shows up out of nowhere at Kristen’s funeral, and keeps reappearing in Abbey’s life. Caspian clearly has secrets of his own, but he’s the only person who makes Abbey feel normal again…but also special.

Just when Abbey starts to feel that she might survive all this, she learns a secret that makes her question everything she thought she knew about her best friend. How could Kristen have kept silent about so much? And could this secret have led to her death? As Abbey struggles to understand Kristen’s betrayal, she uncovers a frightening truth that nearly unravels her—one that will challenge her emerging love for Caspian, as well as her own sanity.

I was very keen about reading The Hollow ever since I learnt that the story was a re-working of Washington Irving’s The Legend of Sleepy Hollow. Even though I did not read the original, I am acquainted with the story mostly via Tim Burton’s awesome Sleepy Hollow (which I hear, is not a very faithful adaptation – but still, the basics are there: a small town called Sleepy Hollow haunted by a ghost, The Headless Horseman).

The Hollow opens with a funeral, that of Abbey’s best friend Kristen. They had known each other since they were very small and shared everything as BFF do – but now Kristen is gone and Abbey is having a hard time letting go. The first few chapters of The Hollow are an exploration of Abbey’s grief – from her lack of sleep, and need to listen to Kristen’s voice by listening to her mobile phone’s message to her loneliness and attempts at adapting to the new reality of life without her best mate. Even though she refuses to believe that Kristen is really dead – the body was never found – the truth is that she is not there. And that truth is claustrophobic and the author excels at showing grief and sadness. In that sense, the beginning of The Hollow is thoroughly absorbing and creepily atmospheric as the reader is able to relate to Abbey and her loss as she wanders around the small town revisiting their favourite spot – the Sleepy Hollow cemetery and Washington Irving’s grave.

Then Abbey meets Caspian and The Romance begins: Caspian is very unoriginally Gorgeous!Dark!Mysterious! They first see each other at the cemetery and later on the same day at Kristen’s house after the funeral. They talk a little and Abbey is immediately taken with the boy and they keep on meeting at the strangest places and times –mostly by chance. Abbey can’t help but to fall in love with him and struggles with guilt and to accept that she can feel happy when Kristen is gone.
It is Caspian who insists that Kristen’s disappearance and death were weird and they start to investigate until one day, Abbey finds a journal; a journal that she did not know Kristen kept and which has secrets that may lead to finding out what happened on the night she feel in the river.

The moment that Abbey started to investigate Kristen’s death came so late in the book , almost like an afterthought , so much so that I did a double take when I realised I had lost the sight of what the book was ABOUT. AND it is not until even later in the book that we learn how exactly does the legend of the headless horseman ties in with the town and Abbey (going beyond a literary connection, if you get my drift).

And that is basically my main gripe with the novel: discounting the great beginning and the great ending (more on that later), the book is oddly…hollow (pun intended) and uneven. The start, and the end show me that the author CAN write a gripping, interesting tale but for a number of pages all we get is a very detailed , pointless examination of Abbey’s daily life:

“I made my way over to the bathroom, pulled the plug on the tub, and turned on the water, wiggling the knob until it reached the temperature I liked. Then I added a heaping scoopful of bath salts and shut the door behind me as I left the room to take the necklace off”

And this bath went on for 3 pages! It may well be that what the author tried to do was to create a connection between the reader and Abbey but I think she utterly failed in her intention because it backfires. Yes, I do get to know Abbey intimately: every single thing she likes and dislikes. She is actually a great character and I like her voice and her self-deprecating sense of humour. I also admired how she was so thorough about her one passion: making perfumes and how she had a business plan for her perfume shop. She is organised, thoughtful and intelligent and it is because I know her so well by the middle of the book that I could not grasp the way she behaved with Caspian – it was as though there were two Abbeys and this is what I simply abhor in these attempts at romance (it is no surprise that the book’s marketing flier links this one to Twilight) : when the Girl loses herself when she meets the Guy. For all that Abbey is smart as evidenced by all the pages we spend with her alone, she shows little or no evidence of that trait when with Caspian, to the point where she falls in love with a guy she knows NOTHING about: where he lives , his telephone number or even his surname. She doesn’t even think about asking until it was way too late. To me, it smelled as an attempt to keep Caspian as the Mysterious Guy at the expense of the Girl’s character – it was not realistic and it did not agree with everything I knew about Abbey.

At a whopping 544 pages(!) , there is very little to show for it. I basically finished the novel knowing only a bit more than I knew when I started reading it except for a couple of major revelations near the end. I was completely frustrated by the end of The Hollow because after reading so many pages I had more questions than answers, and knew more about Abbey’s bathing preferences than about the main plot! What frustrates me even more were the glimpses of great ideas, great plotting – there is a lot of potential here and the ending, OMG the ending was freaking good- not only for the twists but for the utterly surprising direction that the author takes Abbey, THAT being realistic, sad and just about enough to bring me back to being interested in the story all over again and marginally curious about the sequel.

A most bipolar read that one was.

Notable Quotes/ Parts: I really liked Abbey’s visits to the cemetery, as creepy as it sounds.

Verdict: an uneven read with a few glimpses of brilliance. The author has potential but The Hollow is not IT yet.

Rating: to be honest, I am torn between a 4 and 5 – the ending nudges the rate towards a middle ground between Good and Bad , me thinks. So… 5. Meh.

Reading Next: Rosemary and Rue by Seanan McGuire