Rachel Vincent is a popular UF novelist, author of the Shifter series. Her first book in her new Young Adult Soul Screamer series has just hit the shelves and Ana reviewed it here. We invited the author to be part of our YA Appreciation Month by writing a piece on her Inspiration to write the series. 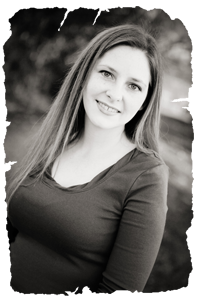 Hey Book Smugglers! Thanks for having me!

You want to know what inspired my YA debut, My Soul to Take? That’s easy enough. The main character, Kaylee Cavanaugh. Who Kaylee is and what she can do—those are the things that inspired and shaped her story. So what was my inspiration for creating Kaylee herself? That one’s not such a simple answer.

Kaylee is a bit of a dichotomy. On one hand, she’s a normal high school junior. She’s neither beautiful nor ugly. She isn’t popular, but she neither is she a pariah. She’s bright, but not at the top of her class. In short, she doesn’t stand out in the crowd, and that’s fine with her because Kaylee has a very serious problem. She gets panic attacks that make her scream at the top of her lungs, filled with the grim certainty that someone near her is going to die. Very soon. And if she had to choose between standing out as a total freak or blending in with the background, Kaylee would gladly fade into the wallpaper anytime.

But in spite of her perceived normalness, though she doesn’t know it yet at the beginning of the book, Kaylee is a bean sidhe (the proper spelling for banshee). Her panic attacks are really premonitions of death. And that’s only half the story.

What does this mean for Kaylee? That she doesn’t fit in anywhere. She’s more human (thus more defenseless) than most of the other non-human species she’s about to discover, but not quite human enough to truly fit in at school. Especially once classmates start dropping dead and Kaylee is compelled to wail for them.
Obviously, the human half of Kaylee is the bit that was inspired in part by my own experiences blending into the walls of my high school. But the part of herself Kaylee discovers in this first book—aside from the whole being-a-bean-sidhe-thing—that’s the girl I never could have been. Kaylee is determined and compassionate, even on behalf of classmates she truly doesn’t like. She is courageous in the face of true danger. She faces down death repeatedly—and literally. She has guts, and brains, and a mind of her own.

And with any luck, that and a few good friends will be enough to get her through those last two years of high school, no matter what this brave new Netherworld throws at her.

Rachel Vincent is the author of the Shifters series, about a werecat named Faythe Sanders, who is learning to define her own role in her family and fighting to claim a place in her Pride.

Rachel’s young adult debut, My Soul to Take, will hit the shelves on August 1, 2009. My Soul to Take is the first in the Soul Screamers series, about a teenage bean sidhe (banshee) trying to balance a normal high school experience with the terrifying, hidden world she’s just discovered.

A recent transplant into the deep south, Rachel Vincent has a BA in English and an overactive imagination, and consistently finds the latter to be more practical. She shares her workspace with two black cats (Kaci and Nyx) and her # 1 fan. Rachel is older than she looks-seriously-and younger than she feels, but remains convinced that for every day she spends writing, one more day will be added to her lifespan.

Thanks to Rachel for her post and now, for the giveaway! We are giving away ONE copy of My Soul to Take to a lucky reader!

The contest is open to EVERYONE, and will run until Saturday August 15th at 11:59 PM. We’ll announce the winner on Sunday during our weekly stash. In order to enter, simply leave a comment here.