Title: Mark of the Demon 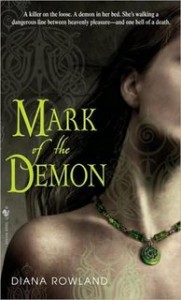 Stand Alone or series: First in a planned series

Summary: Cop and conjurer of demons, she’s a woman in danger of losing control—to a power that could kill….

Why me? Why now? That’s what Beaulac, Louisiana, detective Kara Gillian was asking herself when an angelic creature named Rhyzkahl unexpectedly appeared during a routine summoning. Kara was hoping to use her occult skills to catch a serial killer, but never had she conjured anything like this unearthly beautiful and unspeakably powerful being whose very touch set off exquisite new dimensions of pleasure. But can she enlist his aid in helping her stop a killer who’s already claimed the lives—and souls—of thirteen people? And should she? The Symbol Man is a nightmare that the city thought had ended three years ago. Now he’s back for an encore and leaving every indication on the flesh of his victims that he, too, is well versed in demonic lore.

Why did I read the book: I first heard about the book when Kmont blogged about upcoming books. Then, the author contacted me offering a review copy and I said hell yes.

Mark of the Demon is at its core a crime novel, following Detective Kara Gillian in her investigation of a series of murders committed by The Symbol Man, a serial killer who is back on a killing spree after a 3 year break. Each body found shows that each victim has been horrendously tortured and all of them have a mark, a symbol, hence the killer’s moniker. Three years ago, several victims were found , but the culprit was never caught, resurfacing now with a vengeance. Kara is a rookie, only recently made homicide detective, but her knowledge of the case places her as the lead of the task force. Her familiarity with the case stems from a secret she carries: she is a summoner of demons , and she recognises the killer’s mark for what it is: an arcane symbol, a sign that the killer may well be a summoner himself.

“Why now” , why did the killer surface now, is one of the main questions Kara asks herself and as any good crime novel, every clue points to something great that connects all the dots in this story. Including her own part in the puzzle.

The interesting aspect of this novel is the well balanced combination crime novel and Urban Fantasy , both aspects overlapping but never overshadowing the other.

From the opening sequence to the very ending, Mark of the Demon never loses its pace and its atmospheric feel. There is a noir quality that is ever present with the bleakness and violence of the murders and with the procedural side of the crime investigation with the forensics analysis, autopsies and discussion of possible leads – it all sounded realistic to me, a realism which is firmly based in the good dialogue. Everybody in the book actually sounds like REAL people, from her fellow police people to Kara herself. I never once lost the interest in the investigation and when the culprit was revealed close to the climax of the novel, I was very surprised as I did not see it coming.

And the Fantasy aspect only adds more richness to the plot. Early in the book, we learn that demons inhabit in a sort of parallel dimension and some people (the summoners) are able to call on these demons and strike deals with them. Information, power, anything as long as they can pay back the demons for their help. Instead of a black-white, evil-good, depiction of demons (no heaven-hell discussion here) , we have a multi-layered world where there are several levels and the demons are shows as brilliant, clever and powerful. They are above all, self-serving but there is an intricate system of honour which they all follow and which allows their (somewhat) safe contact with the summoners.

I thought that the most interesting aspect of summoning though is the fact that Kara does it because she can. That speaks greatly of who this character is: someone that has a great power that only two people in her life know about ( her Aunt Tessa, also a summoner and Ryan, the FBI Agent who joins her task force) and which sets her apart from almost everyone which obviously results in a very lonely life. This lonely life and some issues from a few months spent in a foster home (I hope this will make a return in a future instalment) possibly explains some low self-esteem issues when it comes to her physical aspect and why she tries to excel at both summoning and being a cop. Kara is extremely smart and a great narrator for this story and I really liked her.

For everything I like about the book, I did have one moment of befuddlement with Mark of the Demon. This is a spoiler but a minor one since it happens really early in the book. Kara is doing a routine summoning of a low-level demon to help her in her investigating when someone way more powerful appears. His name is Rhyzkahl and he is a demon LORD and when he appears in her basement , the first thing Kara realises is that how immensely powerful he is. The chances of a demon lord being summoned and accepting it well are as a low as Brad Pitt walking into my office right now asking me out on a date. It is not a surprise that her first reaction is to think “oh shit, I am dead”. Her fear is so palpable it freaking leaps from the pages. YET, something really odd happens. Not only Rhyzkahl lets her live but he also seduces her and right there and then there is a sex scene. MY first reaction at this was to rant at the book: what the hell? Are you kidding me? Two seconds ago the woman was terrified. Plus, she knows that nothing good could ever come from this. I thought of this: 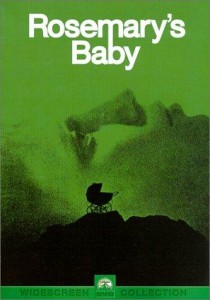 as well. I will honestly say that at first I thought this was a gratuitous sex scene. But as I kept on reading (and furiously hoping for an explanation, any explanation for it) it became clear to me, with not only the good writing the plotting but mostly with the complex characterisation that it was not gratuitous at all. There is an explanation at both ends -why would the demon do this? Why would she accept it so easily – for this equivalent of a one night-stand. It partly goes back to the central plot but partly refers to Kara’s loneliness as well. It is very helpful to keep in mind that good and evil are mostly human concepts in this world. Although this division seems to be not so clear for summoners: I can’t help but to wonder is if this close contact with demons and their way of living hasn’t somehow rubbed against these humans that deal with them as their own concept of good and evil becomes quite flexible.

A couple of characters seem to be more than ok with using demons for revenge something that clearly points toward vigilantism . And I wouldn’t be at all surprised if at certain point of her way, Kara decides to break away from the Law. I would actually embrace that – although the tension between being a cop (where good and bad NEED to be very clear) and being a summoner (where this tension is much more elastic) can also make for great angst.

I would be a bad reviewer if I didn’t mention what was most definitely one of the greatest strengths of the novel; the budding relationship between Ryan ( the FBI agent) and Kara. They have great chemistry, even if for the time being they are mostly, friends.

Taking everything in consideration, Mark of the Demon is a very solid debut and I can definitely see a bright future for both the author and the series. Recommended.

“The next several days were spent doing the most exciting police work I ever thought I would be involved with.
Not.
I sighed and popped another VHS tape into the VCR and settled back onto my bed, hitting the play button on the remote. They never showed this stuff on TV, the endless hours of searching through surveillance video on the mere hope that maybe possibly hopefully some glimpse of something that might occasionally point the investigator to a lead could be found. “

And this bit between Ryan and Kara n the subject of summoning and what demons get from it:

(…) it depends on the demon. Some of the smaller ones like chocolate or beer. Others like books. Some want information. Others merely want the summoner to spill his or her blood to show their commitment to the summoning. It depends on the demon”
“Okay,” Ryan drawled. “And what would our Symbol Man have offered this demon in exchange for his help?”
I dragged a hand through my hair. “Power, of some sort. Certainly not in this sphere, because that would be worthless to a demon below the level of a lord, but most likely a chance at power in the sphere of the demons.”
“Ah. Sort of like the Klingon method of promotion”
I stared at him blankly. “The what?”
Ryan’s eyes went wide. “You can’t be serious. As over the edge as you are, you don’t watch Star Trek”?
I scowled. “I’m not over the edge, and I do so watch Star Trek. Did. A couple of times”
Ryan rolled his eyes dramatically. “And here I thought you were my perfect match”.

Verdict: Solid debut with a noir-ish atmosphere. The main character has a great voice and the plot and pacing are very good.

Reading next: Green by Jay Lake