So, even though Terminator: Salvation was a total bust, blockbuster season is far from being over. Here are a few films Ana and I cannot wait to check out: 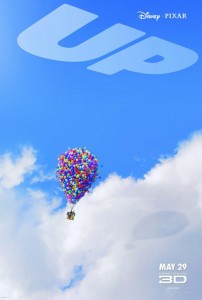 I don’t care what Pixar does, I will watch any of their films. The trailer for Up doesn’t look particularly awesome – but it’s freaking PIXAR. I thought Wall-E would just be so-so, and I’m happy to eat crow on that count. Early reviews indicate that Up is another winner, and I cannot wait.

Ok. I’ve lost hope in Raimi. I am convinced that an evil Raimi android has taken his place after Spidey 2, and has put out a ton of crap films in his name. That said, no matter how awful a horror movie might look, no matter how much I bitch and moan, at the end of the day, I’m not kidding anyone. I watch all of these movies in the theater. Usually by myself because the dear boyfriend refuses on seeing “[my] stupid horror crap again.” I don’t care. I’m AM cinema-ing this one on Friday or Saturday. Plus, the one review I’ve seen for this film is favorable! Fingers are crossed for Good Raimi to return from the shadow of his evil android usurper. 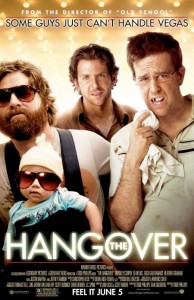 Three dudes, a tiger, Mike Tyson, and a baby. Um…of course I’m gonna watch this! I cracked up when I saw the first trailer months ago. (Although is it wrong that it really bothers me that the douchebag from Wedding Crashers is fucking Green Lantern!??!?! That’s the best they could do? I’ll believe it when I see it. I much prefer this version.) 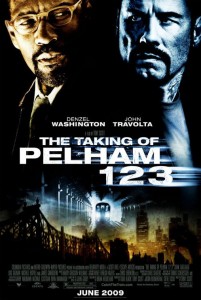 A remake of the 1974 film (which I’ve never seen), this looks pretty good. I mean, it’s Denzel. And Travolta. In The Negotiator meets the end of Speed. Did I mention Denzel? And who doesn’t love it when Travolta plays a bad guy (hello Broken Arrow and Face/Off)?!? Easy sell. 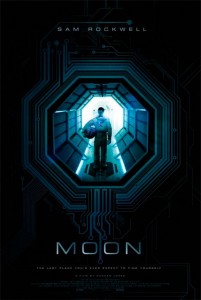 Sam Rockwell stars in this new Sundance-y science fiction film, and it looks pretty sweet. In a kind of 2001: Space Odyssey looking way. Plus, the director Duncan Jones is David Bowie’s son. 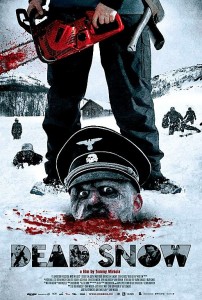 YES. YES. FINALLY! I have been jonesing on Dead Snow since I heard about it from Meljean Brook a year back. Finally, the Norwegian nazi zombie movie is making it to the US this summer (with subtitles of course). Nazi Zombies always equal win. 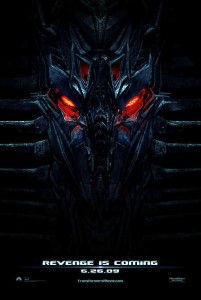 Yeah, it’s Transformers. Yeah, it’s Michael Bay (It cracks me up that at 1:26 Megatron knocks over the flag – right after Michael Bay’s name comes up – OH NOES! I’m gonna get in my Chevy and stick it to those damned evil freedom-hating Decepticons!). Yeah, it’s Megan Fox (sexy but completely devoid of talent) and Shia LaBeoff (D-bag). But…it’s Transformers. You gotta expect all that, and go for the mindless – yeah, guilty – entertainment. 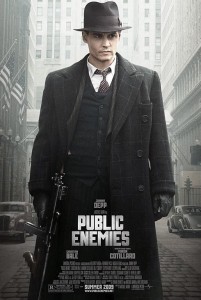 Though Christian Bale has done me wrong once this year, I’m thinking that’s a total fluke. Especially with Johnny Depp and Marion Cotillard in the film, and with Michael Mann at the helm. Plus, it’s been a while since we’ve had a good gangster film. I’m excited. 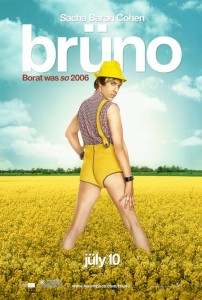 Sasha Baron Cohen made his mark official with Borat, and he’s back this summer with another Ali G Show character, Bruno. I loved some of his shows with this character before (check out the the Spring Break clip), thought Borat was freaking hilarious, so I’m hoping Bruno can deliver. I love awkward humor. 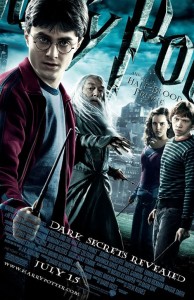 Ohmyfuckingod it’s almost here!!!!!!!!!!! Doesn’t the trailer give you the goosebumps? Both Ana and I are huge Potter fanatics (waiting in line at midnight for the books), and Half-Blood Prince is quite possibly my favorite book of them all (it’s a toss-up between this one and Prisoner of Azkaban). This is one of my most highly anticipated movies of the year, and I cannot wait. 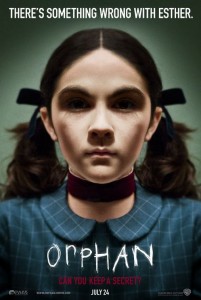 I’ve already explained that no matter how trite or rehashed a horror movie looks, I will watch it. I enjoy them, even the ones that are horrible, even the ones I have seen a million times before. So, even though Orphan is so very The Bad Seed/The Good Son/Joshua, I’m still gonna watch it. Plus, I like Peter Sarsgaard. And the chick from The Departed. 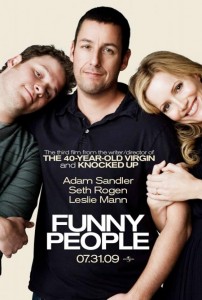 Ana would kill me if I left this off. So, it’s the third ‘official’ movie from Judd Apatow, starring the usual Seth Rogan and Leslie Mann, but this time taking on Adam Sandler. I loved 40 Year Old Virgin, thought Knocked Up had its moments, so I’ll probably watch Funny People. But I’m picking up some of the same un-funny weirdo vibe I got from Knocked Up. Furthermore, I gotta admit that while I loved old Adam Sandler (Happy Gilmore, Billy Madison, Little Nicky, even Big Daddy), this new, serious, kinda douchey version (I Now Pronounce You Chuck and Larry) isn’t really my cup of tea. 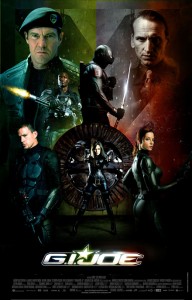 Another sort of Transformers dilemma for me. I fondly remember watching the cartoons when I was younger, and I like Stephen Sommers (writer/director of Deep Rising, The Mummy, Van Helsing) for all the glorious cheese he injects in his films. On the other hand, this looks like another Transformers knockoff (not too surprising considering it’s another Hasbro/Paramount effort), the casting bugs me (Sienna Miller is so NOT my Baroness), and at the end of the trailer the dudes – wearing only the delta six body armor – are out-dodging heat-seeking missiles. On foot. 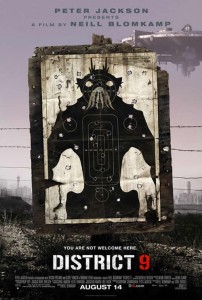 Peter Jackson’s newest film, directed by Niell Blomkamp looks freaking AWESOME. Set in a world not too different from our own, extraterrestrials are being held prisoners in South Afrika. Word on the street is, District 9 is a full length version of newbie director Blomkamp’s short film “Alive in Jorburg”. This year’s Cloverfield (sans shitty camera techniques, naturally)? I have high hopes for District 9. 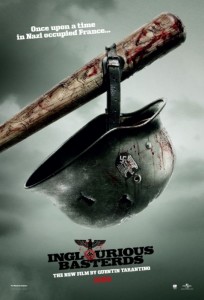 I love Tarantino. This movie looks exploitative, satirical, gloriously violent, and comes out the day after my birthday. Oh, I’ll be there. 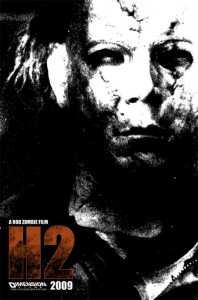 Again, horror. And I think Rob Zombie has a great eye as a director. House of 1000 Corpses was confusing but inexplicably captivating; The Devil’s Rejects was fucking awesome. I have to admit, I found his remake of Halloween, however, to be a bit of a disappointment. Whereas the blood and the terror were well timed in the first two of his films, Halloween was strong for the first half, then lost its edge. It was too much – too much of the same thrills, too much of the same sex/lumbering Michael/blood that I was completely desensitized to it and frankly just wished he’d off Laurie to get her to shut up already. Still, I have high hopes for H2, even if the trailer isn’t sending me any promising signals (Sheri Moon Zombie as Michael’s crazy ghost mommy looks kinda funny, actually). Still, I’ll watch it.

And that’s about it folks! Which summer flicks are you looking forward to?