Who: Trin and Thrinidir, two of the four folks that run the SFF book review blog, Realms of Speculative Fiction.

Realms provides awesome reviews of a wide variety of books–everything from epic fantasy to space opera to urban fantasy. Trin and Thrinidir also happen to be cool peoples, and write some of our favorite online reviews–always extremely in-depth, without spoiling, and they always keep a fair and open mind about all the books they undertake.

Ladies and Gentlemen, Trin and Thrinidir!

About 2008 and what the year brought us, the creators of Realms of Speculative Fiction blog… I’d say the the last 12 months were multifaceted, diverse and hectic at the least; setting up a (book) review blog is not a negligent undertaking :). The first few months were mostly a mess, since we had but little idea of what we are getting ourselves into. Thrinidir had followed some book review blogs and book forums before, and so had a fuzzy idea of how things should look, but when I was proposed that we actually open up a domain on the internet (I’m an avid reader and I think…I know actually, that Thrinidir envys me, because I read faster than him :)) I had quite a few butterflies in my stomach. I won’t say that I wasn’t genuinely intrigued, but I was quite uncertain about my English at the time and if I was competent enough to verbalise consistent and analytical (at least to a point) reviews in a language that is not my mother tongue. Thrinidir was persistent though and since I was the one who actually proposed that we start a review blog (the two of us were incessantly chatting about books at that time, so book reviewing seemed a fitting hobby), I couldn’t really say no in the end 🙂 We asked three of our book-loving friends to join us, one of which excused himself for being to busy and left soon after Realms of Speculative Fiction went online without writing as much as a word (thus the pentarchy became the tetrarchy which reigns to this day). Thrinidir was doing most of the work at that time; he put a lot of effort in promoting the site, creating the layout as you can see it today and last but not least – reading and reviewing at accelerated speed (the blog needs starting content as soon as possible). There were some minor troubles, of course – how to put up a site and how to maintain it, what to write in a review and how to rate a book (my first few ratings were much too high, which I realised later on; I had to tone one or two down post festum to stay consistent). We were very excited when we got in touch with some of the publishing houses, even more when the first first review copies came in the mail! I remember how hyped I was when the hardcover copy of Peadar Ó Guillín’s solid debut effort “Inferior” arrived, jumping around like a little girl and all that, and then Thrinidir said: ‘Don’t put your hopes too high, it’s just one book, we won’t get another one in a while!’ *laughs* But we did, and every time I’m as gleeful as I was then. 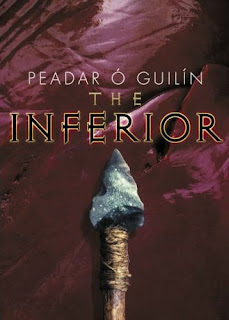 We put blogging aside during the autumn, as is evident in the diminished number of actual book reviews posted since late August, because we all had a lot of more insistent matters to attend to. Thrinidir finally earned his degree in Sociology (I sure hope that ‘degree’ is the right word, it’s called a ‘diploma’ in these parts; you get it when graduate from college) while I began my freshman college year almost at the same time and found out that college is a weird place. 🙂 Also, both Thrinidir and Blindman have been unemployed and looking for a job since October, not to mention that me & Thrinidir started playing World of Warcraft and while I’ve put gaming aside for the duration of the mid-year’s exam period, Thrinidir continues to play avidly. These are the main reasons for the slow pace at which things were progressing on Realms of Speculative Fiction for the last couple of months, but this unofficial hiatus is hopefully coming to an end soon and things will be back to normal when 2009 hits. At this moment though, I’m pretty much the one who’s running the site now, and I’m trying my best to put up one review per week.

Therefore, one of my biggest wishes regarding RoSF for 2009 is to get another member for our team! Thrinidir has been pretty restrained on this matter, saying that we can’t pick up just about anybody, that we have to get a reliable person who’ll contribute on a relatively regular basis, who has at least a cursory knowledge of the fantasy and sf genre and who acknowledges that a review as a literary form includes, but does not equal, a summary (a lot of the online reviews we’ve read are not much more than summaries, but call themselves different), and I agree with all that, but we still need to find a suitable candidate instead of hoping that he/she will just fall into our lap.:) So if there’s anyone out there who thinks that the conditions listed above apply for you and you want to try yourself with reviewing books, please do contact us. We are a relatively independent and self-sufficient group and things run smoothly (it’s nice to be able to do things as you seem fit without adapting too much to others wishes or complaints), but I also find the rate of posts on our blog at this moment insufficient at the least. 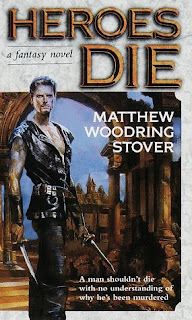 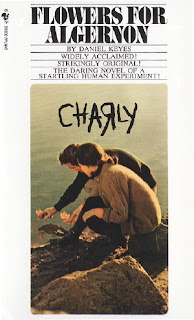 Book-wise, 2008 was a pretty exciting year and I can say that I got a few all-time favorites. The funny thing is that if I had to choose five books I liked best in 2008, four of those would in fact be books from the 20th century – Stephen King’s It, which I didn’t even review because I felt that would be a pretty tough job, Daniel Keyes’ Flowers for Algernon, Richard Matheson’s I Am Legend and Matthew Woodring Stover’s Heroes Die. Even Dan Simmons’ The Terror can hardly count as one of the best in 2008, since it was published in early 2007. 🙂 In fact, I’ve only read about four or five books that were published this year, and so I can hardly judge which book is the best one in 2008. You should wait for the next year … or the year after that. *laughs* 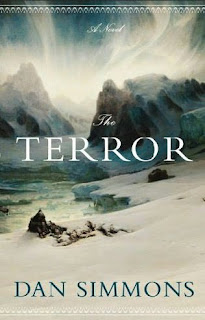 Happy holidays from Trin and the Realms of Speculative Fiction team!

Thanks and Happy Holidays to you too! Really, Realms is a wonderful site, and if you have not yet been we highly encourage you to check it out.

Next on Smugglivus Presents: Ciara of Ciaralira