Smugglivus Presents – Li (Me and My Books)

Who: Li, of the fantastic book review blog Me and My Books.

Li is another blogger who we stalk on the regular–and it shows in TBR purchases. It is because of Li that we met some of our favorite literary characters this year: the lovable Miles Vorkosigan and the ineffable Amelia Peabody! Li provides a broad range of book genres, excellent reviews, and also great updates on excerpts, upcoming books, and covers. Needless to say, we’re huge fans! 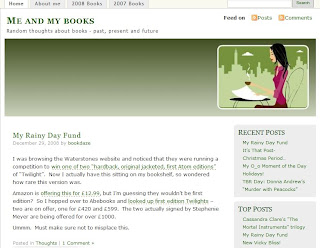 For our last Guest Blogger of Smugglivus, please welcome Li!

A big thank you to Thea and Ana for inviting me to join in their Smugglivus fun! I’ve been enjoying the pre-countdown, countdown, and Smugglivus guest posts, and despite a bit of procrastination, I’ve made it and here’s my contribution to the party – my favourite 2008 reads and 2009 releases I’m looking forward to.

A bit of personal background first: I’m a long time romance reader, starting off with historical romance way back when. I’ve also been reading SF/F since my teens, and therefore have been loving the shift towards novels that increasingly cross the boundaries between the various genres. During 2008, I’ve found myself continuing to read quite a bit of urban fantasy, starting to spend a lot of time in the YA aisles, and slowly drifting away from historical romance.

So without further ado, my favourite books of 2008!* 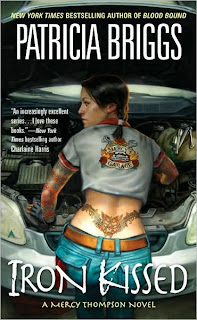 Patricia Briggs’ “Iron Kissed” (urban fantasy): Third in Ms Briggs’ Mercy Thompson series, and one that packs a punch. I loved Ms Briggs’ straight fantasy books, and am so glad she decided to start writing urban fantasy. One of the best UF series out there, IMO. 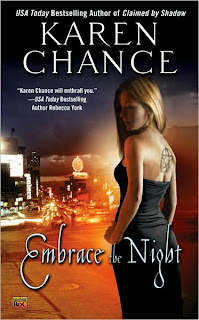 Karen Chance’s “Embrace the Night” (urban fantasy): Third in Ms Chance’s Cassie Palmer series – hmm… a pattern emerging? Ms Chance’s UF world is one of the more unique ones out there, with the main protagonist being Cassie, a clairvoyant with time-travelling abilities. I also enjoyed “Midnight’s Daughter”, a spin-off from her Cassie series that came out late 2008. 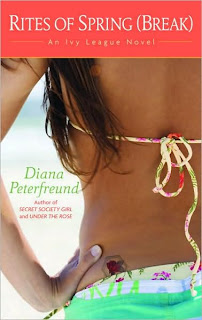 Diana Peterfreund’s “Rites of Spring (Break)” (YA): Err… third in Ms Peterfreund’s Secret Society series. I swear I didn’t plan it this way. Moving on swiftly, Diana Peterfreund is a new-to-me author for 2008 and this is a compulsively readable series. Having been initiated into the Rose & Grave secret society and the happenings of the previous year, Amy is growing up and figuring out what matters to her. And oh yeah, falling in love. I adored the romance in RoSB. 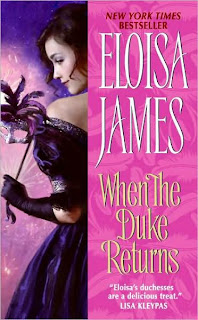 Eloisa James’ “When the Duke Returns” (historical romance): Fourth in her Desperate Duchesses series. One of the very few historical romances I’ve read this year, but one that completely worked for me – not just the main h/h relationship, but the secondary couple… Jemma & Elijah *swoon*. I also love Georgian-set historicals, so the time period’s an added bonus in this book. 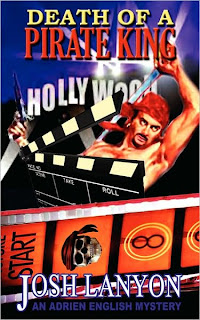 Josh Lanyon’s “Death of a Pirate King” (mystery / m/m romance): Fourth in the Adrien English series. I dipped my toe into the waters of m/m romance in 2008, and was rewarded by finding this series by Josh Lanyon. Adrien English is a bookstore owner and aspiring mystery author, with a talent for stumbling over dead bodies. Throw in a repressed detective and you get excellently-written mysteries and an angst-filled relationship. What’s not to love?

And the 2009 releases I’m most excited about? The obvious ones are the follow-ups to my 2008 favourites, so that would be Patricia Briggs’ “Bone Crossed” (January), Karen Chance’s “Curse the Dawn” (April), Eloisa James’ “This Duchess of Mine” (May) and “A Duke of My Own” (July), Diana Peterfreund’s “Tap and Gown” (August), and Josh Lanyon’s yet-unnamed Adrien English book 5.

Other 2009 releases I am eagerly anticipating include:

Juliet Marillier’s “Heart’s Blood” (dark fantasy romance – November): I’m currently in the process of glomming Ms Marillier’s backlist, so this will be a must-get.

*I’ve limited myself to actual 2008 releases here, else the list will be waaaay too long.

And that brings us to the end of our Guest Post extravaganza–but fear not! Tomorrow we reveal which books (and films and tv moments) make OUR top picks of 2008! Stay tuned…

Next on Smugglivus: Ana and Thea! (Yeaaaaaah, boyyyyy!)