Day 4 (22 days to Smugglivus and counting)

Who: Loretta Chase , THE Loretta Chase, writer of romance novels. One of her books, Lord of Scoundrels, is considered by many to be the ultimate romance novel. It is one of Ana’s top 5 books of all time. For an interview we did with Loretta, go here. 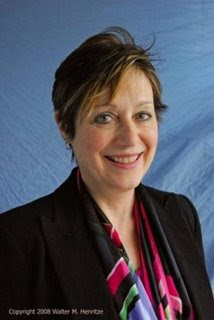 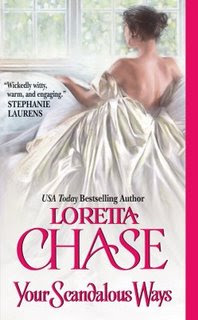 Loretta was extremely busy with her work in progress when we invited her for Smugglivus. But she did not want to miss out on the fun and sent us a present- an exclusive excerpt of her upcoming novel: DON’T TEMPT ME.

The book will be released in July and it doesn’t have a cover or an official blurb yet but here is what is all about, in the words of Loretta:

When Zoe Lexham returns to England after twelve years in the exotic east, she knows everything a young lady shouldn’t and nothing she ought to know. She’s a walking scandal, with no hope of a future…unless someone can civilize her. Enter Lucien de Grey, the Duke of Marchmont. Sarcastic, cynical, and easily bored, he’s known for loving women and leaving them–with parting gifts of expensive jewellery to dry their tears. He’s got everything–money, rank, and popularity. He’s welcome everywhere. Make Zoe respectable? Nothing could be simpler…he thinks.

NEXT ON SMUGGLIVUS: Joanna Bourne