We proudly present you with the other popular screen icon monster, with Werewolves, Lycanthropes, and other assorted Shifters Day! 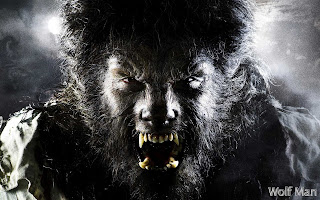 Lycanthropy (or the supernatural ability to transform from human to wolf) and Therianthropy (human shapeshifting to other animal creatures) have been popular themes in folklore around the globe–from the werewolves of Europe, to the kitsune of Japan, to Native American skin-walkers. Prevalent in myth and literature, the shape-shifter has also enthralled audiences with appearances on screen. And, thus, we are proud to give the shape-shifter its Hollywood close-up, and present our list of essential Werewolf/Shifter films! 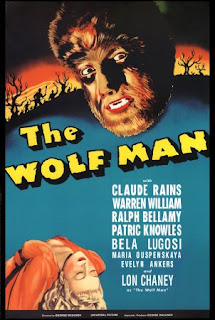 Even a man who is pure in heart
and says his prayers by night
may become a wolf when the wolfbane blooms
and the autumn moon is bright.

The classic Universal Horror take on the werewolf is less horrific than it is an exploration of the human, tortured side of the ‘monster’. Larry Talbot returns to his home in Wales to bury the hatchet with his estranged father, only to be bitten by a wolf one evening, and becomes infected with the curse of lycanthropy. Doomed to transform into a wolf man, Larry struggles with his curse–only to meet a sad, tragic fate. 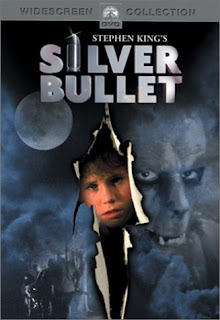 Based on the Stephen King novella Cycle of the Werewolf(do you detect a theme with many of my movie and book favorites?), Silver Bullet doesn’t usually make top 10 lists for werewolf films, or horror films for that matter. Personally, I really like this movie, dealing with a small town being terrorized by a werewolf. A paraplegic boy(played by Corey Haim of all people! Hell yes!) and his burdened older sister investigate as the killings in the town grow worse, and aided by their drunk Uncle Red (appropriately, Gary Busey! Hell yes again!) they discover who the wolf is, and have a classic showdown. Definitely worth a rental at least if you’ve never seen it! 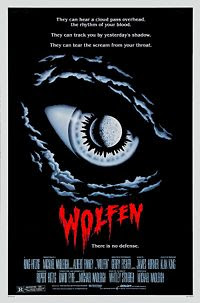 This is a true mystery/suspense film with a great cast–starring Albert Finney, Gregory Hines, and my favorite Adama, Edward James Olmos. A police detective investigates a string of murders with victims that look as though they have been mauled by animals…and the detective soon discovers that there is a supernatural force at play. Based on the book by the same title, this film does a damn good job with making the audience feel what it is like to be in the superwolf skin–with the cool Predator-like infrared/heat sensor sight, and strange distorted noises. Also, it draws on the myths of Native American tribes, which is a cool shift from the usual European lycanthropy backstory. 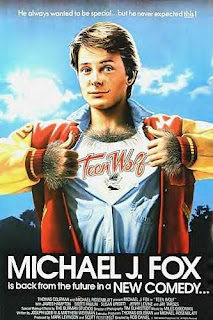 Ok so technically this probably should be considered a horror-comedy. But, I love Teen Wolf, so I had to include it on the list! Scott Howard (played by Michael J. Fox) seems like your average red-blooded, all-American teenager. He seems completely normal, right down to his participation on his average school basketball team. But after a game, he undergoes a dramatic change–finally discovering his family’s unique heritage as werewolves. Seeing how this could change everything, Scott decides to use the wolf to his advantage, coming out at his next school game as a basketball playing werewolf (and he singlehandedly whoops on the other team). Soon, Scott becomes the most popular kid in school with his Wolf persona winning basketball games, and finally getting the attention of his long time crush. Ultimately though, Scott gets tired of playing the cool werewolf and refuses to come to the final game of the season as a wolf, determined to win the game as himself. Which he does. I love the end scene where Scott finally wises up and kisses best friend, the adorable Boof, right in front of the popular chick (who only liked him once he became a superstar baller). Yeah it’s a cheesy ridiculous movie–but it’s so much fun. 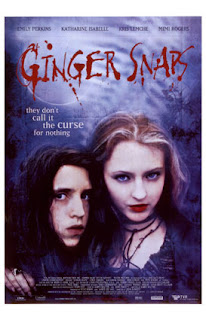 Speaking of the teen lycanthropy flick, I don’t think any film does it better than Ginger Snaps. Following two teenage sisters, this Canadian horror movie cleverly uses Ginger’s transformation into a werewolf as a metaphor for puberty, and highlights some of the strains especially placed on young girls going through puberty, becoming sexually active, etc. This was a film that definitely took me by surprise–I honestly thought it looked kind of stupid and probably never would have watched had it not been recommended by a trusted friend. Don’t go for the sequels, but give this gem a try. The acting, special effects, and the writing is all very nicely done. Plus, you gotta love that title. 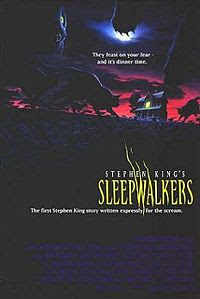 Stephen King’s first written-straight-for-tv movie, and one that is very, very dear to my heart. Sleepwalkers gets a bad rap, but I’m not sure why. It’s darkly humorous with a healthy dose of wonderful old-school special effects, gore, and a nice ick factor to boot. A mother and son are all they have in the world–they travel from town to town, feeding off the souls of young virgins to sustain themselves (the mother-son relationship is the ick-factor as previously stated). The pair are Sleepwalkers, or were-cats, who can transform shape and make themselves invisible, and are also extremely charming. The son, Charles Brady, has his sights set on the pretty, sweet girl from his classes, named Tanya.

Really, this is a great fun movie–plus, for any Dark Tower geeks, there are a few subtle tie-ins to the books. 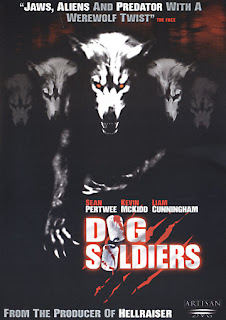 We’re getting down to the top 3 werewolf movies of all time (in my opinion, of course). First up, Dog Soldiers, Neil Marshall’s first film. Six British Army soldiers are on a training op in the Scottish Highlands when they run across another team on the exercise…only this team has been brutally ravaged, with only one incoherent survivor. The team and survivor hole up in a cabin with a zoologist, where they are soon under siege by werewolves. Dog Soldiers actually feels more like a zombie movie, or at least reminiscent of The Evil Dead with its cabin under siege in the woods storyline, and it is cult-classic goodness. Essential viewing for any horror fan (especially since Mr. Marshall’s films seem to be heading south with each new release–ugh, Doomsday, anyone?) 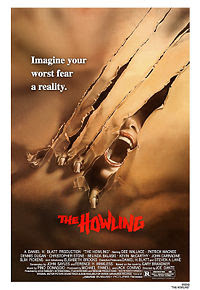 This is probably my favorite werewolf movie, although objectively it falls second to the next film on the list. The Howling follows Karen White, a tv news anchor who is being stalked by a serial killer named Eddie Quist. The film opens with Karen working with the police to trap Eddie, agreeing to meet the murderer at a porn shop. She enters a small dark theater room where Eddie is waiting for her–he asks her to turn around and look at him. Karen screams, and the police charge in, shooting Eddie dead. Karen cannot remember what she saw in the room, and under the advice of her psychiatrist, takes a leave of absence to The Colony–the doctor’s retreat in the woods for other suffering patients. The Colony is not as picturesque as it seems, however, as Karen soon discovers. The Howling is, granted, a little cheesy. But it balances a witty, darkly and subtly humorous script with crazy cool (granted, dated but still cool) special effects, and a good dose of gore and sex. It’s on cable now, I believe, with a lot of the horror marathons showing (on AMC, Sci Fi, etc)–definitely worth catching if you haven’t yet seen it.

An American Werewolf in London 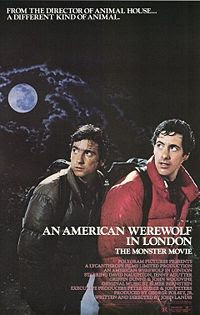 Which brings me to probably the best werewolf movie ever made (in my opinion), An American Werewolf In London–technically, another horror comedy (and I mean comedy in the morbid sense). David and Jack, two college kids, are backpacking in Europe when they are brutally attacked by an animal. Jack dies in the attack and David survives, transported to a hospital in London. When David awakens, he is greeted by Jack’s ghost (showing the physical wounds he died of) who tells an unbelieving David that they were attacked by a werewolf, and that David should kill himself before the next full moon. Discharged from the hospital soon after, David moves in with a pretty nurse named Alex–and when the full moon hits, David turns into a wolf and goes on a bloodthirsty killing spree. When he awakens in the morning, he’s revisited by Jack’s ghost (even more decayed) along with the ghosts of his victims the night before, who again implore him to kill himself. You see where this is going.

An American Werewolf in London has all you could ask for in a werewolf movie–humor, horror, and kick ass special effects. Two words: Transformation Scene.

Suck on that, CGI!

And, as always, we invite you to share any shapeshifter movies you love! Any we might have forgotten?

Halloween Week – The Trouble With Demons