Well, this is the worst book I read in a long, long time. 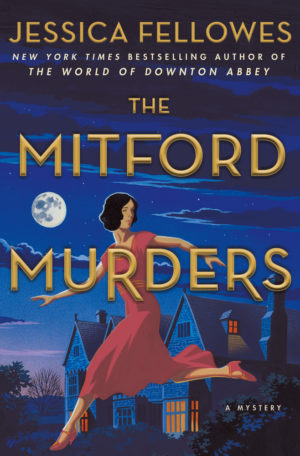 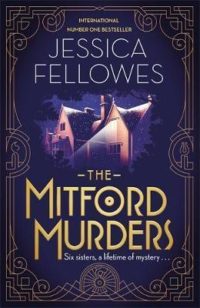 It’s 1919, and Louisa Cannon dreams of escaping her life of poverty in London, and most of all her oppressive and dangerous uncle.

Louisa’s salvation is a position within the Mitford household at Asthall Manor, in the Oxfordshire countryside. There she will become nurserymaid, chaperone and confidante to the Mitford sisters, especially sixteen-year-old Nancy – an acerbic, bright young woman in love with stories.

But then a nurse – Florence Nightingale Shore, goddaughter of her famous namesake – is killed on a train in broad daylight, and Louisa and Nancy find themselves entangled in the crimes of a murderer who will do anything to hide their secret . . .

I picked The Mitford Murders for a number of reasons: I was in the mood for a cosy murder mystery. The author has written Downton Abbey companion books. Above all, what made me most curious was that this is the first in a series of books that follow the real-life infamous Mitford sisters, each book focusing on unsolved crimes of the early 20th century.

In early 1920, 55 year-old decorated war nurse Florence Nightingale Shore – goddaughter of Florence Nightingale – boarded a train to visit friends in Sussex only to be viciously attacked, robbed and left injured, dying two days later in hospital. By her side until she died stood another nurse, Mabel Rogers, Florence’s lifelong best friend and companion of many years. Although witnesses told of a “man in a brown suit” who boarded the same compartment, Florence’s murder was never solved.

Enter The Mitford Murders, a fictionalised account of that time and of the investigation surrounding the murder. Travelling on that same train on that fateful day is Louisa Cannon, a young woman whose oppressive and terrible uncle is dragging her to sell her body to pay off his debts. Terrified, Louisa manages to get off the train and with a little help from Guy, a lovely, earnest police officer, she escapes her uncle and lands a timely position as a nurserymaid for the ultrarich and glamorous Mitfords.

Her path and Guy’s cross again now and then as Guy becomes involved – and eventually, even obsessed – with the Nightingale murder investigation and as Florence herself becomes entangled with it. Meanwhile, her eldest charge – Nancy Mitford – a wannabe detective who shares her time between society functions and writing about the murder.

The narrative viewpoint is split between Guy and Louisa (more on that later on) and the story shifts between each character arc. Louisa is a young woman from a rough, poor neighbourhood with an ill mother who she has to leave once her uncle has his villainous plans laid out for her. Landing a job with the Mitfords is a stroke of good luck although her time with that family becomes increasingly fraught with tension as Louisa’s past catches up to her. In the meantime Guy yearns to prove himself as a police office as he was not able to fight in the Great War, like his brothers did. The two eventually become romantically connected and this is perhaps the one thing I liked about the book: Guy was shy and lovely and dedicated and I enjoyed his relationship with Louisa.

With that said, my problems with the book were manifold.

Starting with the Mitfords. Despite the deceiving title, the family have little time in the spotlight and little to do with the murder overall. Perhaps it’s a side effect of Nancy’s youth at the time the novel is set but her characterisation was not as interesting as one could have expected although I appreciated the budding friendship between her and Louisa (even if it stretched my credulity in terms of the Upstairs/Downstairs dynamics).

I also had a difficult time with the writing and the narrative itself, which was extremely clumsy and increasingly all over the place as the story progressed. There was a distressing and confusing amount of head hopping between Guy and Louisa, which at times happened from sentence to sentence.

What moved the book from simply clumsy to downright terrible – and even, enraging – was the book’s solution to the unsolved murder. In here, Florence and her BFF Mabel are in fact, lovers.

This, I actually loved (and even hope was true). My problem was that Mabel is made to be the murderer and not only that, she turns out to be prone to angry attacks and murders Florence because of money. Is it possible that this is what happened in real life? Yes. Do we know for sure? No. So then making a choice of taking the fictionalised account in this direction makes me deeply uncomfortable – all the more so because there is a second pair of gay lovers whose story also ends in awful tragedy. It is all very Bury Your Gays with a side of Psycho Lesbians tropes and I am so. Very. Tired. Of. This. Shit.

All things considered, this is the worst book I read in a long, long time.