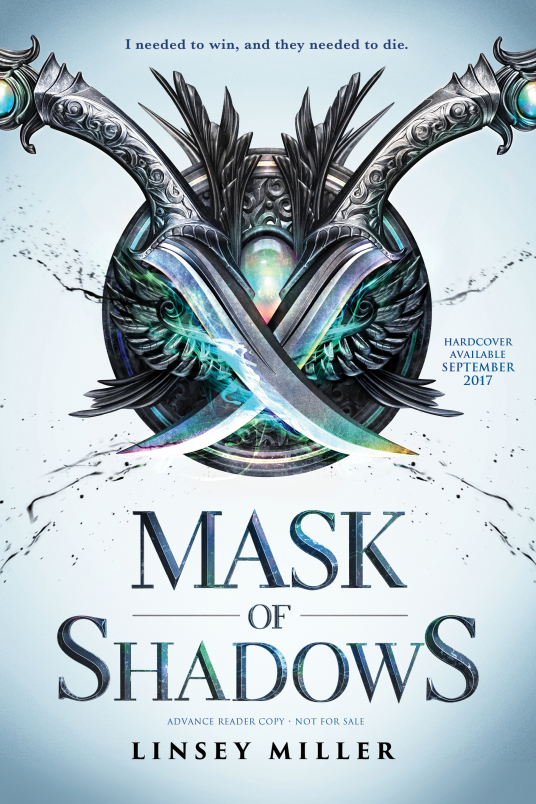 Sallot Leon is a thief, and a good one at that. But gender fluid Sal wants nothing more than to escape the drudgery of life as a highway robber and get closer to the upper-class—and the nobles who destroyed their home.

When Sal steals a flyer for an audition to become a member of The Left Hand—the Queen’s personal assassins, named after the rings she wears—Sal jumps at the chance to infiltrate the court and get revenge.

But the audition is a fight to the death filled with clever circus acrobats, lethal apothecaries, and vicious ex-soldiers. A childhood as a common criminal hardly prepared Sal for the trials. And as Sal succeeds in the competition, and wins the heart of Elise, an intriguing scribe at court, they start to dream of a new life and a different future, but one that Sal can have only if they survive.

Stand alone or series: First book in a planned duology

Sal Leon is a thief, a ruffian, and, if all things go their way, a killer.

Having learned the hard way to take advantage of every opportunity, Sal has no qualms with getting their hands dirty. So, when Sal discovers a flyer announcing the deal of the previous Opal and open auditions to become the next, Sal takes it as the opportunity of a lifetime. The Queen’s Left Hand, trusted assassins and protectors each named for the Ruby, Emerald, Amethyst, and Opal rings on said hand, are deadly, cunning killers with unique positions of power–and Sal will do anything to pass the audition to gain this power and access. For Sal, making the jump from thief to murderer isn’t ideal, but they’ll do whatever it takes to ensure their place in royal court to accomplish their true goal–seeking out and killing those nobles who let Sal’s home country, Nacea, be overrun by monsters called Shadows in order to save their own skins.

After buying their way into the trials–by way of killing their former boss and severing his hand as their entry fee–Sal discovers just how cutthroat the competition is. Each auditioner is given a mask, a number, and the directive to kill one another as quickly and as subtly as possible. If Ruby, Emerald, or Amethyst catch the killing, the auditioner is disqualified (or worse) for their lack of tact; if the auditioner hurts any bystanders, their audition is over.

Sal–now known simply as twenty-three–has their work cut out for them. But what’s a little murder to a thief with an all-consuming mission of vengeance?

Ah, Mask of Shadows. I liked you a lot.

The debut novel from Linsey Miller, Mask of Shadows reads at first glance like a hybrid of many awesome things: there’s a dash of Pierce Brown’s Red Rising and Suzanne Collins’ The Hunger Games; there’s a little bit of the Throne of Glass and Six of Crows thing going on as well. All of those comps, however, don’t really get to the heart of this novel–which, to Miller’s credit, is a unique animal all to itself. Sal’s story may be a familiar tale of revenge for a land and people oppressed and obliterated–but Sal’s choices are what really make the book for me.

Make no mistake: Mask of Shadows is a violent and brutal affair. I don’t think I’ve read another YA book where murder is handled in such frequent and cavalier fashion–I don’t say this as in insult. One of my many qualms with books like The Hunger Games was their lack of teeth–could you see Katniss killing Rue, for example? Did you ever really think that Tris would actively abandon a friend or push them further down the board knowing it meant certain death? Of course not. But Sal? Sal kills certain characters out of vengeance, sure, but for the most part–and a popular refrain for the character–“it’s nothing personal.” Killing other auditioners is necessary to achieve their goal, and so Sal does it. (In retrospect, this is exactly what makes Sal the perfect court assassin–the ability to do the job without the moral quandary, and without relishing in the violence or power.) I loved that Miller goes there, repeatedly, in this book. It is an audition for killers, after all. Moreover, I appreciated Sal’s motivation for their choices–always, Sal’s heart is set on vengeance for Nacea and their murdered people–but there are moments of vulnerability and tenderness as well. The hurt that Sal feels when they discover that Queen Ignasi–beloved protector and savior of the realm from the threat of Shadows–knew about the plan to sacrifice Nacea all along is poignant, heartbreaking stuff. The moments of vulnerability between Sal and lady in waiting (also a woman Sal just robbed a few short days earlier) Elise is also a nice softer way to offset Sal’s sharper edges and single-minded dedication.

The other wonderful thing about this book is Sal’s gender fluidity, and the interactions between Sal and other characters to draw attention to this. Sal dresses in both traditionally male and female clothing in this book and tells other characters to refer to them as “he” or “she” depending on what they’re wearing. Some characters take this to heart and out of respect for Sal, follow that request–Ruby, for example, makes a clear effort to follow Sal’s wishes. Other characters, like two well-meaning auditioners, however continue to refer to Sal as a single gender–not meaning any harm, but frustrating to Sal in their narrative. And then there’s the auditioner who consciously calls Sal “she” every time as a form of disrespect and purposeful, intentional belittling. I appreciated the care and weight that the author put into each of these interactions–Sal’s reactions especially.

On the negative side, however, this is very clearly a first novel. Key parts of the pivotal worldbuilding and action scenes were amorphous and quickly glossed over, which was frustrating as I wanted to see and experience this action firsthand. I wanted a little more clarity when it came to the Shadows that menaced the land and preempted the Queen (and her Left Hand)’s rise to power. There were a few scenes where Sal recounts the trauma of their childhood and the Shadows’ tendency to flay human flesh from bone–but all this was slight and in passing, never gaining solid form or true depth.

All these things said, Mask of Shadows manages to engage, delight (in a dark sort of way), and leaves you hungry for more. I certainly will be back for the concluding volume of Sal’s story.