Hello all! A couple of years ago, I read – and LOVED – Gunpowder Alchemy by Jeannie Lin. The book – and adventure fantasy novel with a side of romance – is now being re-released with a new cover and we are more than happy to support it!

Thus, we are delighted to reveal the new cover for Jeannie Lin’s Gunpowder Alchemy! 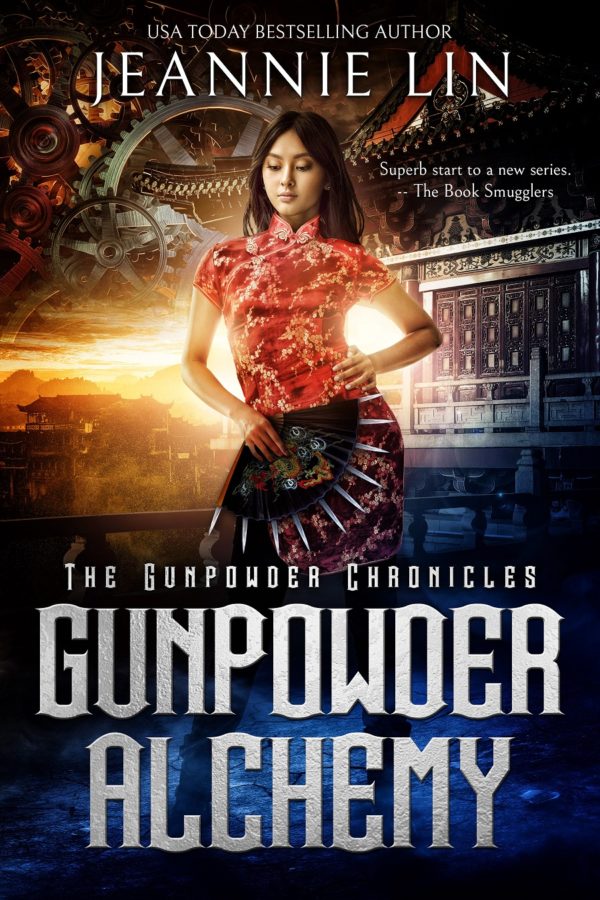 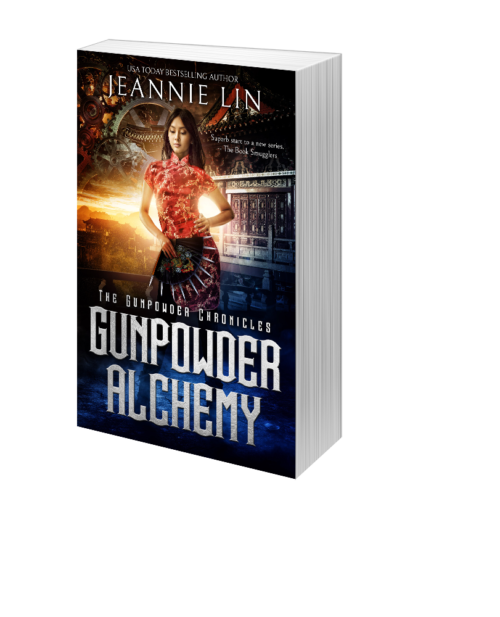 Book 1 of the The Gunpowder Chronicles, an Opium War steampunk series

In 1842, the gunpowder might of China’s Qing Dynasty fell to Britain’s steam engines. Furious, the Emperor ordered the death of his engineers, eliminating China’s best chance of fighting back.

Since her father’s execution eight years ago, Jin Soling has kept her family from falling apart. With her mother addicted to opium and her younger brother in danger of being sent off to the factories, Soling has no choice but to sell off the last of her father’s possessions. Unwittingly, her actions bring her to the attention of the imperial court—the same court that betrayed her father.

The Crown Prince has launched a secret mission to bring together the remnants of the former Ministry of Science. To restore her family’s name, Soling must track down the rebel alchemist who holds the key to powering the imperial fleet. Her only ally is a man she’s just met—the engineer with a mysterious past who was once meant to be her husband…

First published in 2014 by InterMix Books.

We are giving away two prizes, courtesy of the author:

– Winner #1 will be randomly selected to win a signed print copy of Gunpowder Alchemy (first time available in print!)
Print book is open to US/Canada only.
– Winner #2 One international subscriber will be selected to win an ebook copy and an autographed postcard.

Use the form below to enter!