A Smugglerific Cover: Avi Cantor Has Six Months to Live by Sacha Lamb

In which we reveal the cover for the sixth – and final – story in our 2017 season of Gods and Monsters: Avi Cantor Has Six Months to Live by Sacha Lamb! 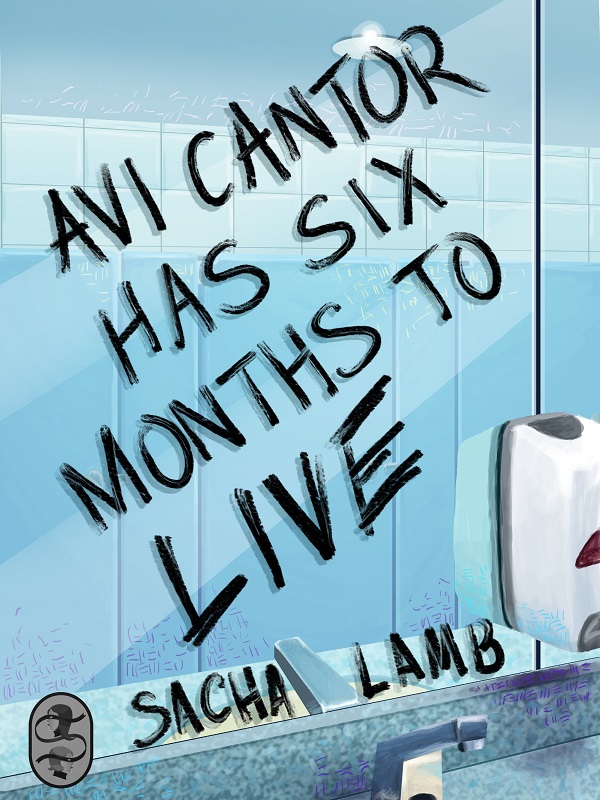 Avi comes across these foreboding words scrawled on the bathroom mirror, but what do they mean? Is this a curse, a prediction, or a threat from Avi’s emboldened bullies? And how to they know his real name when he hasn’t even told his mother yet?

Then there is Ian—the cool new guy at school, who is suddenly paying attention to Avi. Ian is just like Avi, but he is also all sunshine, optimism, and magic. All the things that Avi doesn’t know how to deal with…yet.

When we first received this submission and read the author’s letter which noted that Avi Cantor Has Six Months to Live was not only a YA Gay romance featuring two trans boys but also an “attempt to provide a warm safe space for children who may think of themselves as monsters”, it immediately got our attention. Then we read it. And we read it again. And knew we had to acquire it, for many reasons: for the voice, for the subject matter and for the characters, YES. But most importantly for living up to its stated goal. This is a beautiful, lovely story that manages to be heart-wrenching without being heartbreaking, which provides a hopeful, romantic story about two trans boys finding each other. As YA readers we love it. As publishers, we are more than honored to give little Avi Cantor a home.

About the Author: Sacha Lamb

“Sacha Lamb is a part-time librarian, part-time goat-herder, and part-time writer of queer Jewish magic realism for teens. As a teenager, Sacha loved YA fantasy, but never felt represented in it as a gay, transgender reader. Now a graduate student in library science, Sacha is dedicated to creating stories for other kids who need to know that they are magic. Sacha can be found online @mosslamb on Twitter.”

About the Artist: Ira Gladkova 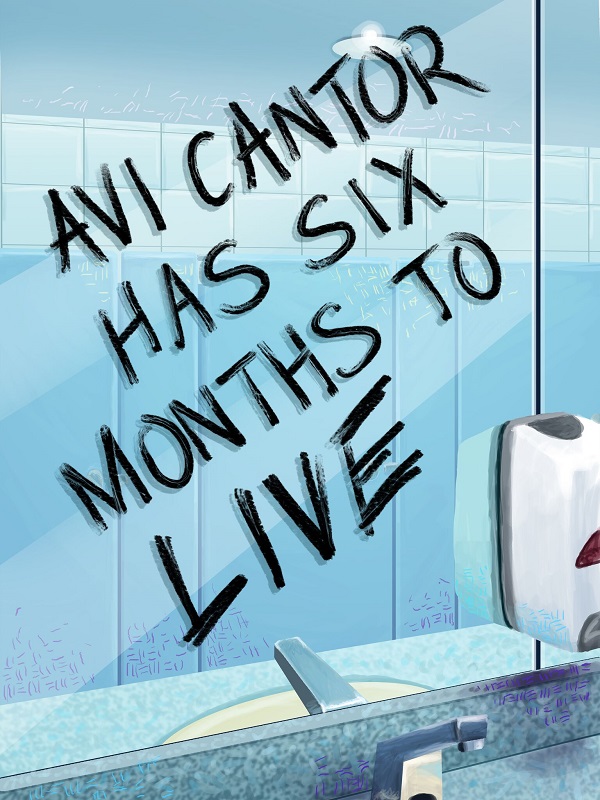 Ira Gladkova is a writer, editor, artist, and gamer who spends most of their free time disagreeing with people on the internet and creating queer content. In real life they work in the tech industry, but have also at various times been an internationally ranked competitive rock climber, a linguist, a martial artist, and a teacher. You can follow Ira’s more coherent writing and analysis at Hugo Award winner Lady Business, or revel with them in glorious chaos on their tumblr.

Avi Cantor Has Six Months to Live will be published officially on August 22, 2017. You can purchase the DRM-free ebook (EPUB, MOBI) that contains the story as well as an essay from the author available for purchase on all major ebook retail sites and directly from us.

Add the book on Goodreads, and read Avi Cantor Has Six Months to Live for free next Tuesday, August 22, 2017.

It Came Back by Samantha Lienhard