Bearly a Lady by Cassandra Khaw is the third title in our Novella Initiative and is out tomorrow, July 18! We are delighted to welcome Cassandra to the blog today to talk about the inspirations behind the novella. 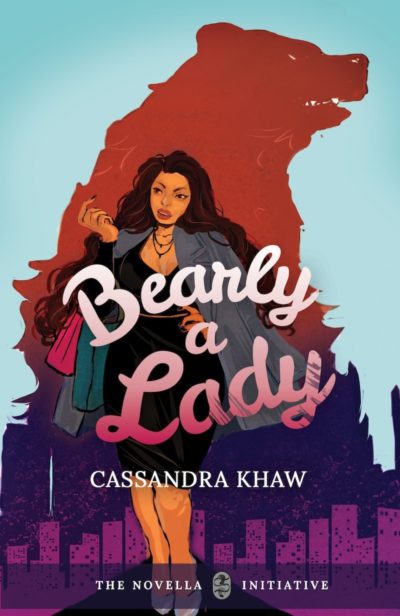 FOR THE LONGEST TIME, CHICK-LIT was my dirty secret.

I discovered Sophie Kinsella in college around the same time that my sister did. I remember coming home and finding a paperback on the sofa with a creamy lemon surface. Its title made me arch a brow. The Undomestic Goddess, it said. I’d snickered.

You have to understand that my alma mater was predominantly male. My classes had six girls, maybe eight. Some classes were all testosterone. The college I attended specialized in all things technology, taught only all things technology, and prototypical nerdbros were the status quo. As such, there were very specific ideas of cool. D&D was acceptable, Gilmore Girls was not. Video games were divisive: DDR made you effeminate (unless you can also breakdance), turn-based RPGs perched on the border, and multiplayer extravaganzas like DotA and Counterstrike meant you were the real deal.

And chick-lit? Chick-lit was social suicide.

So, I turned up my nose because that was what I was conditioned to do. Then, I sat down. Then, I decided to flip through the first few pages, just to see how bad it could get. Kinsella’s breezy, chatty prose was like nothing I’d read, a mouthful of meringue crumbled with blueberries and cream. The protagonist felt ridiculous, overdramatic. What sort of person runs away from a crucial professional mistake? Who walks into someone’s house and then allows themselves to be mistaken for the help? I was appalled, incredulous, mortified at this representation of my gender. Maybe, that’s why my peers couldn’t help but look askance at the girls. If this was the norm, well, maybe it was wrong.

But I ate up the book, anyway, fascinated by its domesticity, its fantasy of rising bread, of finding love even at your most imperfect. It was all so normal, so earnest. Years would pass before I realized why I’d loved it so much and why, despite the judgment of my peers, I would buy up her entire bloody backlist, inhaling her novels like gulps of summer air.

Chick-lit is, at times, what its naysayers describe it to be: a little silly, a little whimsical, full of unwise decisions, improbable joys. It demands that we believe that all a nervous marketing executive might be everything a high-flying CEO could want, that we can be friends with our bosses, that sometimes, everything falls into place and love, that bastard emotion, is all that we need. It is unrealistic, estranged from the cynicism of the real world.

Chick-lit also makes no apologies for women being women, or women being imperfect, or women wanting to take a step back from high-powered careers, to breathe in the country and the idea of being a wife. Good chick-lit doesn’t look down on make-up, BFFs forever, vintage clothes, body image issues, and impulse buys. Good chick-lit might make mothers out of their protagonists, but only because they wanted to be parents, and not because a grizzled protagonist needed someone to shepherd him through the tragedy of a wife’s death.

Most importantly, maybe, good chick-lit is about women, not women as tropes, as things to be coveted, things to be pitied.

And with Bearly a Lady, which, I guess, is more of a “paranormal rom-com,” I wanted to capture some of that. I wanted a story that wasn’t moored in the elegiac monstrosity that defines so much of my other writing. I wanted to create something funny, something compassionate. I wanted friendship, bad decisions, muffins, and moaning about a terrible social life. 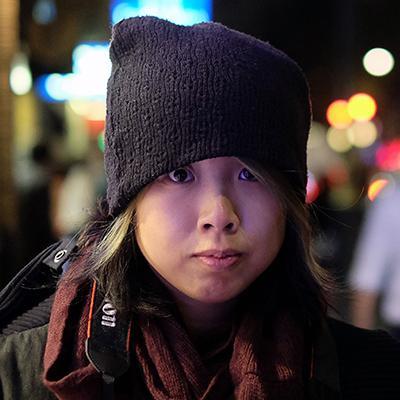 Cassandra Khaw has written, written about, and been written about in a myriad of press releases. She does social media for Route 59 Games, freelances as a tech and video games journalist, and spends whatever time she has left writing fiction. Bearly a Lady is her first foray into romance, comedy, and people-not-dying-horribly. She can found on Twitter at @casskhaw.

Zelda McCartney (almost) has it all: a badass superhero name, an awesome vampire roommate, and her dream job at a glossy fashion magazine (plus the clothes to prove it).

The only issue in Zelda’s almost-perfect life? The uncontrollable need to transform into a werebear once a month.

Just when Zelda thinks things are finally turning around and she lands a hot date with Jake, her high school crush and alpha werewolf of Kensington, life gets complicated. Zelda receives an unusual work assignment from her fashionable boss: play bodyguard for devilishly charming fae nobleman Benedict (incidentally, her boss’s nephew) for two weeks. Will Zelda be able to resist his charms long enough to get together with Jake? And will she want to?

Because true love might have been waiting around the corner the whole time in the form of Janine, Zelda’s long-time crush and colleague.

What’s a werebear to do?

Read an excerpt over at Heroes and Heartbreakers.