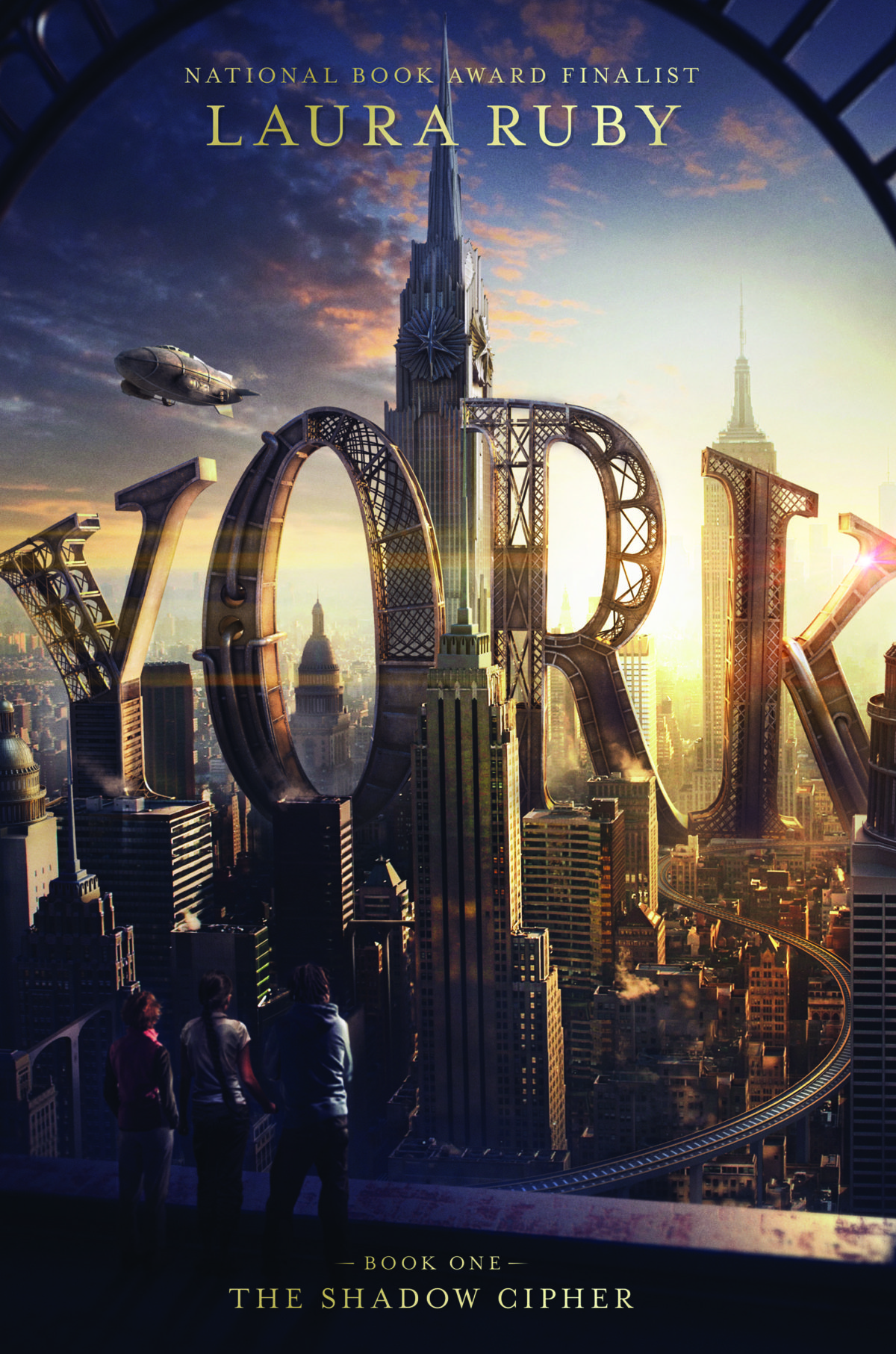 It was 1798 when the Morningstarr twins arrived in New York with a vision for a magnificent city: towering skyscrapers, dazzling machines, and winding train lines, all running on technology no one had ever seen before. Fifty-seven years later, the enigmatic architects disappeared, leaving behind for the people of New York the Old York Cipher—a puzzle laid into the shining city they constructed, at the end of which was promised a treasure beyond all imagining. By the present day, however, the puzzle has never been solved, and the greatest mystery of the modern world is little more than a tourist attraction.

Tess and Theo Biedermann and their friend Jaime Cruz live in a Morningstarr apartment house—until a real estate developer announces that the city has agreed to sell him the five remaining Morningstarr buildings. Their likely destruction means the end of a dream long-held by the people of New York. And if Tess, Theo and Jaime want to save their home, they have to prove that the Old York Cipher is real. Which means they have to solve it.

Standalone or Series: Book 1 in a series

Laura Ruby’s Bone Gap was one of my top 10 books in 2016 and I was super excited to learn that the author’s next project was a foray into a Middle Grade Fantasy series, starting with York: The Shadow Cipher.

Back in the 18th century, the city of New York was shaped by the visionary Morningstarr twins: from skyscrapers to functional machines, from astonishing transport lines to apartment buildings, everything was built on technology no one really understands. Then one day the Morningtarrs disappeared, leaving behind a mysterious friend and heir to take care of their business and a puzzle: The Old York Cipher. The promise of an unimaginable treasure has led to countless searches, numerous publications and a whole institute dedicated solely to its solving. But it’s been a long time, and no one has cracked the cipher yet.

Twins Tess and Theo Biedermann live in a Morningstarr building and their Grandfather Ben has worked on the puzzle all his life so they know a fair bit about it. When a real estate developer announces that he is now the owner of all the remaining Morningstarr buildings – including Tess and Theo’s – and that the tenants have only a few weeks to move out before the buildings are destroyed, the twins realise that deciphering the cipher could be their only hope to save their home. Allied with their neighbour Jaime Cruz, the trio embark on a journey through the marvellous underworld of this New York, full of dangers and wonders.

But can they crack the cipher in time?

The Shadow Cipher is set on an alternate world New York with incredible machines, fantastic buildings and a trio of protagonists who must crack a century’s old puzzle in order to find a treasure to save their home. It’s kinda like The Westing Game meets The Goonies, against a super inventive and magical backdrop.

With regards to the worldbuilding and the setting, it’s interesting to note the choice made here. On the one hand, there is a very recognisable world there at place: it is our New York, our world with its landmarks and similar pop culture with comics and super-heroes and so on and so forth. On the other hand, there is this whole construct of amazing buildings – the kids’ apartment block has an elevator that travels in impossible and unpredictable ways for example – and slight changes to the world including for example, including a number of successful Wonder Woman movies already out. It’s also a very diverse world with people of colour in abundance, including some of the main characters.

It’s the characters that really carry the novel through: each chapter by a different character, each bringing their own challenges and background to the journey. Tess and Theo are remarkably similar in many ways in the way they interact with the world but it’s cute that they refuse to see their similarities. There is one element to their relationship and banter that I am almost certain contains an important clue to future developments with a potential mind-blowing twist. I know that the author has a penchant for writing subtle things that are right under our eyes the whole time but eventually become a revelation anyway. I am being cryptic I know, sorry. Jaime is as important to the mix and a superb character on his own, I really like his family, especially his awesome grandmother, an immigrant who speaks a bunch of languages and manages their building and the fact that Jaime loves to draw super-heroes.

Upon embarking on this journey, all that they wanted was to save their home. But it is likely that they will end up saving a lot more than that – and that the cipher will have things to show them about themselves too. This is a fun novel, full of cool puzzles to be cracked, a scavenger hunt, with kid characters that shine and a twist ending that left my mouth hanging on the floor. I can’t wait for book two.