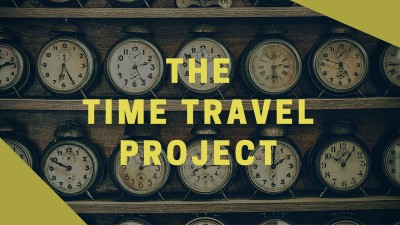 Title: In the Garden of Iden 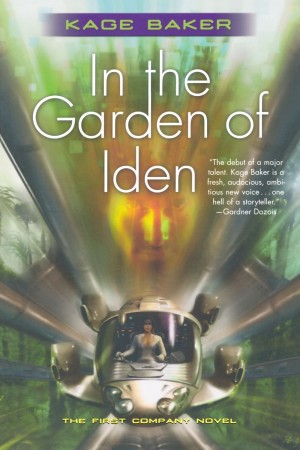 This is the first novel in what has become one of the most popular series in contemporary SF, now back in print from Tor. In the 24th century, the Company preserves works of art and extinct forms of life (for profit of course). It recruits orphans from the past, renders them all but immortal, and trains them to serve the Company, Dr. Zeus. One of these is Mendoza the botanist. She is sent to Elizabethan England to collect samples from the garden of Sir Walter Iden.
But while there, she meets Nicholas Harpole, with whom she falls in love. And that love sounds great bells of change that will echo down the centuries, and through the succeeding novels of The Company.

Stand alone or series: Book 1 in the Company series

Well, this was unexpected: I was expecting In the Garden of Iden by Kage Baker to be a futuristic romp. Maybe it’s the COVER that gave this impression:

Instead, all of In the Garden of Iden is set in Spain and England during the 16th century and the story is more like a period drama with romance, cyborgs and the occasional auto-de-fé. Did I just drop the word “cyborg” here? Yes I did. But I am ahead of myself. Introductions are in order.

Meet Dr.Zeus Inc, AKA The Company: a corporation that has invented immortality and time travel and uses both to Make the World a Better Place For All Mankind by preserving works of art and saving extinct species from oblivion. What an amazing, altruistic company. LOL, I am only kidding. The Company is only interested in profit but sure, they keep up appearances with their Official Mission and Goals and by insisting that they can’t POSSIBLY change history at ALL because History is Fixed in Time. Rather, Recorded History is and that cannot be changed. Really. Most probably.

Dr Zeus operates from the 24th century by going back in time, plucking super-young orphans from their own timelines, turning them into cyborgs and sending them back to live their lives by serving The Company and keeping its interests alive through the centuries. Those operatives have missions and one such mission is what we follow in this first book in The Company series of time traveling books.

Mendoza is an operative plucked from the dungeons of the Inquisition in 16th century Spain, saved from burning at stake and turned into a Cyborg Botanist with the mission to travel to England from Spain with her companions – two older, much more experienced operatives – to the exotic garden of Sir Walter Iden, where they are to take genetic samples to save a couple of extinct plants. There they will get entangled with the ups and downs of the English monarchy and the religious disruptions of that century.

The narrative viewpoint is exclusively Mendoza’s and it’s an incredible mix of cold-hearted immortal cyborg thoughts versus young teenager in the throes of first love and first lust. Because Mendoza is exactly that: young and untried, starting off as a brainwashed operative believing human kind to be horrible and animalistic only to find herself infatuated with a young man, the first person to prove that premise wrong with his knowledge, his brain and well, his hot body.

The tragic denouement of this novel and of their romance is foreshadowed, forewarned, early on and we know from the start that their relationship is bound not to end well. Here I must pause for reflexion: Nicholas’ horrendously tragic ending left me cold. I remember when reading The Doomsday Book by Connie Willis which had a set-up of a time traveller trapped in historical England during the Plague and how I (and any reader) knew that THAT would not end well and ergo it didn’t (AGNES) and even if I knew that, I still found myself in foetal position with water cascading from my eyes non-stop for hours after reading it. This… did not happen here. And part of it MIGHT be because Mendoza is what she is (a cyborg) and is telling this story from a point in the future rather than from the time when it all happens but it also makes me believe that the ending here is much less about the emotional punch and more about the ripples that it will cause in Mendoza’s life as a set-up for future storylines.

Nevertheless, I enjoyed this book a great deal – especially the interaction between operatives, the dynamics between them and the snippets of cybernetics peppered throughout the novel. Those were fun and often more funny than I anticipated (the same can be said to Mendoza’s voice as a recalcitrant teenager).

Further thoughts: regarding the idea of “Recorded History” – isn’t all history recorded in one form or another? How does that apply to for example, our own century, where almost everything someone does is recorded on social media, website cookies, iphone usage – do those not count?

Or more likely: is the entire Dr Zeus set-up a fabrication?

I shall have to find out.