The Middle Grade Review Bonanza is a feature with 2-3 mini-reviews for short MG books we really wanted to read. It’s a new Regular Thing (and we’d love to hear your thoughts and recommendations for future entries). 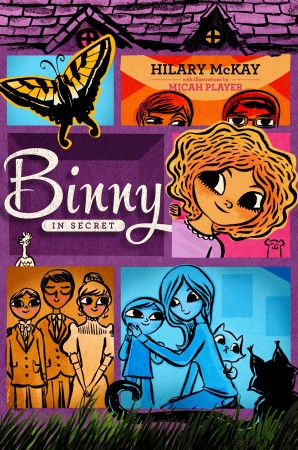 School has started, and secrets and adventures await Binny and her family in this delightful sequel to Binny for Short, which Publishers Weekly called “a well-crafted story that balances moments of hilarity with poignancy” (starred review).

Binny’s blissful summer is over and school is beginning. And it’s horrible. From the awful secondhand uniforms to the stuck-up kids, who call her a “grockle,” Binny hates everything about school and the kids who torment her.

When a storm damages the roof of their home, Binny and her family must move to a rental home out in the country. Binny, her sensible older sister Clem, and her rambunctious brother James (and his chickens) begin adjusting to a new household. Then one of James’s beloved chickens vanishes. What kind of creature is lurking in the undergrowth? And does it need Binny’s protection?

Brilliantly written and full of heart, this humorous story is interwoven with the adventures of three children from 1913—Ed, Peter, and Clary—who lived at the house previously. The stories of both sets of children come together as Binny discovers that secrets in the past and the present have connections she never suspected.

Binny in Secret (Hachette/Margaret K. McElderry Books; June 2015; 288 pages) is the sequel to Hilary McKay’s excellent Binny For Short. Binny and her family are back! The summer is now over, Binny is starting a new school and it is absolutely dreadful, off to a terrible start being bullied as the “new girl”. Things only get worse when their house is hit hard by a storm and they need to move to a temporary home, where Binny’s hilarious brother James loses one of his chickens, setting up the story nicely into a new direction, with Binny trying to figure out who – or what – took the chicken.

Meanwhile in another time – WWI is looming in the horizon, as three kids find themselves experiencing the wonders of summer, of science and the difficulties of growing up.

Hilary McKay is a wonderful writer of children’s stories: her mixture of humour and poignancy as well as her talent for writing families are truly marvellous. Binny’s difficulties in the present time are nicely juxtaposed with that of Clary and her own family in the past. Here, it’s Binny being bullied, growing up, testing her own limits, bonding with her little brother (there is one particular scene that almost broke me). There in the past, it’s Clary and her own brother and cousin who are inscrutably apart because of different gender experiences. Binny’s new school is something to terrify; Clary is not even allowed to go to school like her brother and cousin.

Beyond those similarities, the story in the past is taking a look at World War I, a topical object due to the War’s centenary. This is written with sympathy and melancholy but interestingly, not crossing the line into a maudlin, simplistic storyline.

Binny in Secret is another satisfying, affecting, funny novel from this author. 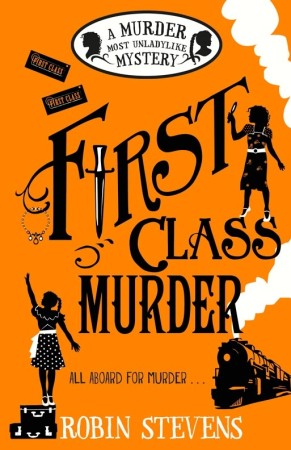 Daisy Wells and Hazel Wong are taking a holiday through Europe on the world-famous Orient Express. From the moment the girls step aboard, it’s clear that each of their fellow first-class passengers has something to hide. Even more intriguing: rumour has it that there is a spy in their midst.

Then, during dinner, there is a bloodcurdling scream from inside one of the cabins. When the door is broken down, a passenger is found murdered, her stunning ruby necklace gone. But the killer is nowhere to be seen – almost as if they had vanished into thin air.

Daisy and Hazel are faced with their first ever locked-room mystery – and with competition from several other sleuths, who are just as determined to crack the case as they are.

This time the duo is traveling in Europe on the Orient Express with Hazel’s father and have promised to behave and stay out of trouble. But a locked-room murder proves too much of a temptation for Daisy and Hazel, especially when they come across another amateur sleuth on the case.

For the murder mystery aficionado and the adult readership, this new mystery is perhaps too obvious and easy to crack. However, the fact that the two kids take such a long time to see what is going on is relevant, convincing and it fits the narrative: because in many ways, both Daisy and Hazel are immature, especially when dealing with difficult, complex grown-up relationships. One thing I liked a lot about this book: the continued experiences of Hazel as a person of colour in early 20th century England and the fact that here, her relationship with her father is examined in depth.

Surely there is going to be fourth book? 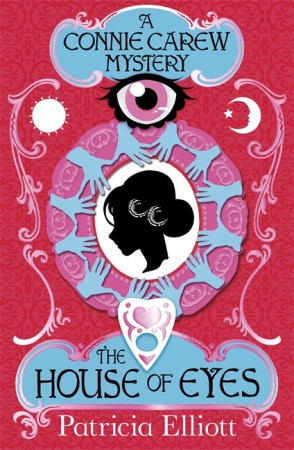 London, 1909 – a time of scientific progress and new freedoms. Ever since the death of her parents, twelve-year old Connie Carew has lived with her aunts – downtrodden Dorothea, and spinster Sylvie, who ‘sees things’ but is much sharper than she appears – in a large house in Kensington.

Connie has her sights set on becoming an anthropologist when she grows up and travel the world. Her first mystery is upon her already: is the girl who turns up at the front door really her long-lost cousin Ida? If she isn’t, who is she? And who is behind the pretence?

Full of villains, cunning plots, twisted motives, this page-turner will keep you guessing to the end. And best of all, there are more Connie Carew mysteries to come.

The final book in our bonanza round-up is The House of Eyes (Hodder Children’s Books; July 2015; 320 pages) by new-to-me author Patricia Elliott. Set in London in 1909, this is the start of a new mystery series featuring a smart heroine, Connie Carew.

Connie is an orphaned 12-year-old who lives with relatives in a derelict townhouse. The family has been hit by a terrible tragedy years ago when Connie’s cousin Ida went missing when she was a two year old baby. Now, just before Ida was supposed to turn eighteen and inherit her father’s fortune, a girl knocks on their door saying she is the long-lost baby, returned to the family’s bosom.

But observant, anthropologist-in-training Connie suspects something is not quite right with supposed-Ida’s story and sets out to investigate what really happened 16 years ago.

This was really good – I liked Connie’s voice and the author infused the story with her – and Ida’s – moving need to be loved and accepted. The mystery kept me guessing, if not for the whodunit but for the howdunit. BONUS POINT for featuring suffragettes and for spot-on gender and class commentary as well as for featuring tons of really great relationships between women.

I shall eagerly await the next entry in the Connie Carew Mysteries.

(click on the links to purchase)
Binny in Secret