In which we reveal the cover for Fighting Demons by S.L. Huang!

As we continue with our celebration of a year of Book Smugglers Publishing, we are thrilled to come full circle, and share with you the cover for Fighting Demons by S.L. Huang. 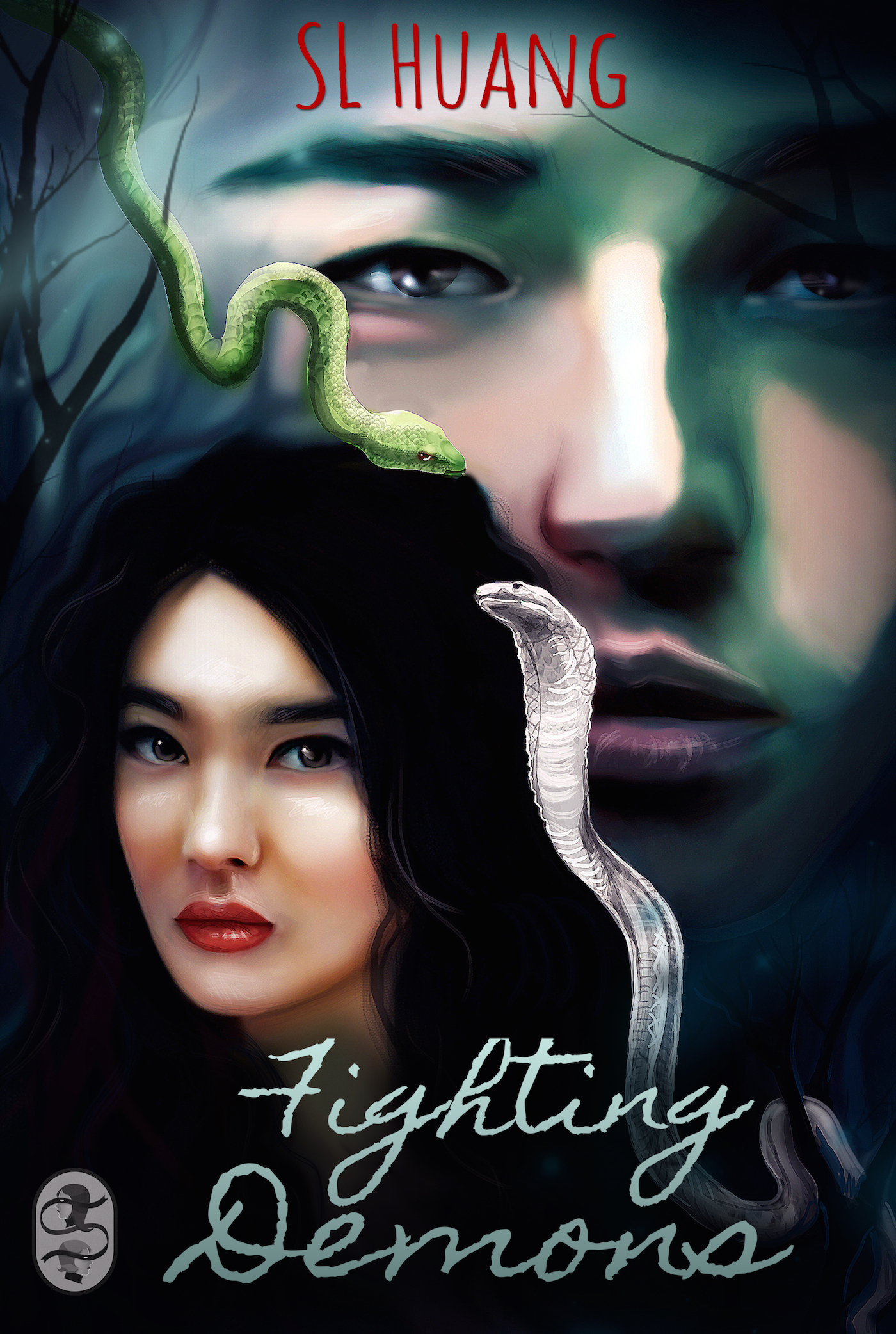 My seventeenth birthday, the day I became a woman in the eyes of the law, my mother sat down at the small table in our cottage and said, “It is time.”

It has been two years since Rosa fled the west, walking out on Xiao Hong and Mei, breaking their family. Now that the King’s men no longer hunt the grundwirgen killer, Xiao Hong’s mother makes the hard decision to return to her homeland to find Rosa and make their family whole again. Xiao Hong, still angry and hurt by her Auntie Rosa’s secrets and lies, must decide whether or not she will join her mother’s quest.

Xu Meng Jiao grew up knowing his mother was a demon, and that he must save her.

Meng Jiao has lived in the shadow of his parents for his entire life. The child of a human father and snake demon mother, he has vowed to become the best possible student, scholar, and son he can be–in the hopes of saving his mother from her imprisonment.

Two paths collide in Fighting Demons, as Xiao Hong and Meng Jiao come to terms with their parents, their families, and find their place in the world.

This month, we celebrate one year of Book Smugglers Publishing–so it’s only fitting that we have selected Fighting Demons as the centerpiece short story for the month. Hunting Monsters was the first short story we released as publishers, for good reason: we love S.L. Huang’s flawless, lush writing style, almost as much as we love the powerful voice of her young protagonist, Xiao Hong.

In Fighting Demons, we return to Xiao Hong’s world, but view it through a new lens–this time, Xiao Hong and her mother, Mei, travel eastward to Mei’s homeland in search of Rosa. Xiao Hong grapples with anger at her parents, just as she struggles to find where she belongs in her family and in the world.

Meanwhile, Fighting Demons adds a new perspective to the tale with the voice of Meng Jiao–a young man who also is of two worlds, who also must live up to the legacy of his parents. In Meng Jiao’s case, he is the son of a human and of a great snake demon–his mother, Lady Bai, is imprisoned by a zealous monk and has been for all of Meng Jiao’s young life.

Fighting Demons is so powerful because it not only retells the Chinese fable of the Legend of the White and Green Snakes, but because it does so from the outside, from the perspective of two teenage protagonists who are coming of age.

Suffice it to say, we love this unexpected follow-up to Hunting Monsters–and we hope you love the continuation of Xiao Hong’s story as much as we do.

About the Author: S.L. Huang 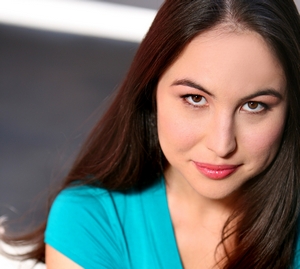 S.L. Huang justifies her MIT degree by using it to write eccentric mathematical superhero fiction. In real life, you can usually find her hanging upside down from the ceiling or stabbing people with swords. She is unhealthily opinionated at www.slhuang.com and on Twitter as @sl_huang.

About the Artist: Kristina Tsenova

Kristina Tsenova was born in 1995 in Bulgaria and is currently a student at Glasgow Caledonian University. Her preferred media is watercolor, acrylic and digital painting. She has had two exhibitions in 2014 and has won approx. 50 art competitions. Apart from traditional art, her interests include cinematography, literature and photography. She is also a hobbyist photographer and makes short movie clips and in the future, she would like to work on varied design projects, concept art and special effects for the movie industry. A great source of inspiration are the movies of Hayao Miyazaki and the genuine art of Pascal Campion. You can find her on deviantart and on facebook.

Fighting Demons will be published officially on September 22, 2015. You’ll be able to read the short story in full for free here on The Book Smugglers, but we’ll also have a DRM-free ebook (EPUB, MOBI) that contains the story as well as a Q&A, and an essay from the author available for purchase on all major ebook retail sites.

Add the book on Goodreads, and read Fighting Demons for free online on August 25, 2015.

And if you haven’t read Hunting Monsters yet, give it a read right now!

The Bridegroom by Amelia Mangan