From the minds of horror geniuses Guillermo del Toro and Daniel Kraus comes a new illustrated novel about the fears that move in unseen places. Courtesy of Disney Hyperion, we are hosting a fab giveaway. 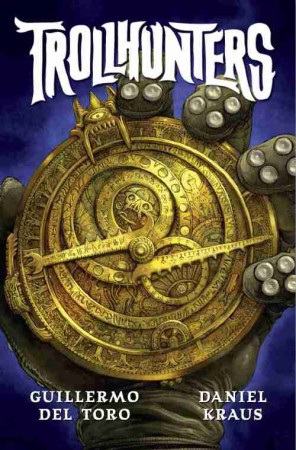 “You are food. Those muscles you flex to walk, lift, and talk? They’re patties of meat topped with chewy tendon. That skin you’ve paid so much attention to in mirrors? It’s delicious to the right tongues, a casserole of succulent tissue. And those bones that give you the strength to make your way in the world? They rattle between teeth as the marrow is sucked down slobbering throats. These facts are unpleasant but useful. There are things out there, you see, that don’t cower in holes to be captured by us and cooked over our fires. These things have their own ways of trapping their kills, their own fires, their own appetites.”

Jim Sturges is your typical teen in suburban San Bernardino— one with an embarrassingly overprotective dad, a best friend named “Tubby” who shares his hatred of all things torturous (like gym class), and a crush on a girl who doesn’t know he exists. But everything changes for Jim when a 45-year old mystery resurfaces, threatening the lives of everyone in his seemingly sleepy town. Soon Jim has to team up with a band of unlikely (and some un-human) heroes to battle the monsters he never knew existed.

Guillermo del Toro is best known for his critically acclaimed feature films, such as Pan’s Labyrinth, Helllboy, The Hobbit, and Pacific Rim, as well as his best-selling Strain Trilogy.

Daniel Kraus is the award-winning author of Scowler and Rotters, and is the director of six feature films. He lives with his wife in Chicago.

From Pan’s Labyrinth to Hellboy to his best-selling novel The Strain, del Toro has captured the imagination through his works. His co-author Daniel Kraus is another award-winning author and filmmaker with a penchant for horror stories. Kraus’ debut novel, The Monster Variations, was selected for New York Public Library’s “100 Best Stuff for Teens.” Fangoria called Rotters, his Bram Stoker-finalist and Odyssey Award-winning second novel, “a new horror classic.” Kraus’ 2013 title, Scowler, also won an Odyssey Award for best audiobook produced for children and/or young adults. 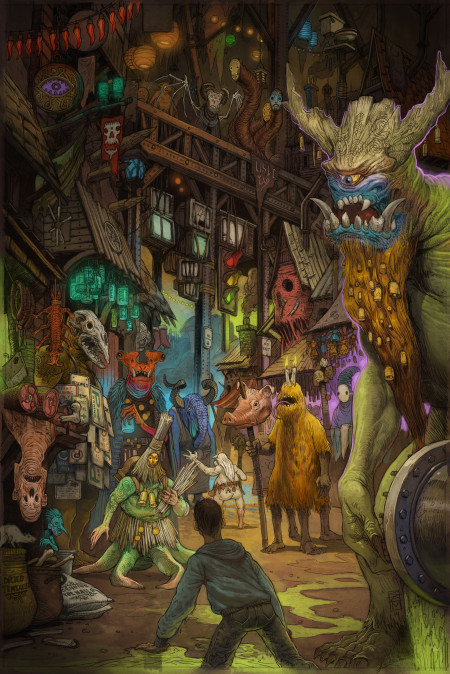 Sean Murray is an illustrator, concept artist, author and teacher known for his work on video games such as Dungeons & Dragons Online and The Lord of the Rings Online, as well as the creator of The World of Gateway, which includes his fantasy guidebook Gateway: The Book of Wizards and the upcoming card game Gateway Uprising. 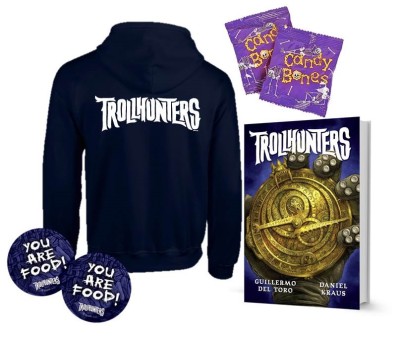 Avoid becoming a monster’s next meal! Courtesy of Disney Hyperion, one (1) winner will receive:

Open to US residents ONLY. The giveaway will run until Saturday August 1 2015 11:59AM. Use the form below to enter.