In which we welcome Fonda Lee to talk about the cult of celebrity, her novel, and giveaway a copy of Zeroboxer!

Today we are delighted to host a guest post from debut author Fonda Lee as we celebrate the release of Zeroboxer – a YA novel about a rising athlete in weightless combat sport zeroboxing. Here to talk about her book and the inspirations and influences behind it, please give a warm welcome to Fonda Lee! 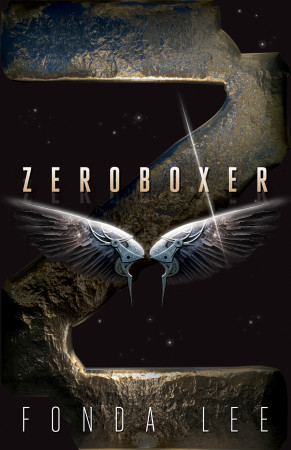 Before I became a science fiction and fantasy novelist, I had a perfectly practical and respectable corporate career working in corporate strategy at Nike. Once, I was in a room with LeBron James. I was on a team of people presenting our star athlete with product and marketing plans. 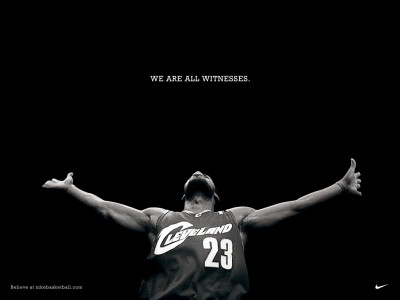 LeBron was perhaps twenty-two years old at the time. He leaned back in his chair, a huge young man who dwarfed us suits around the table. He looked bored as we showed him financial figures, but perked up and got excited when we brought out the mock-ups of his signature shoe. At one point, he got up and adjusted the waistband of his shorts. He had requested Portland’s famous Voodoo Donuts, and boxes of them had been laid out just outside the conference room for him and his staff to snack on.

I was struck by how young he was. The youngest person in the room. A college-age boy-man with millions of dollars and the weight of massive expectation hanging on him.

As a martial artist and a fan of combat sports, another athlete came to mind for me: Manny Pacquiao, the champion Filipino boxer, long considered one of the best pound-for-pound fighters in the world. Later elected congressman to the Philippine House of Representatives, his matches would shut down business and rivet everyone in his home country to the television. He is considered a treasure of his nation. 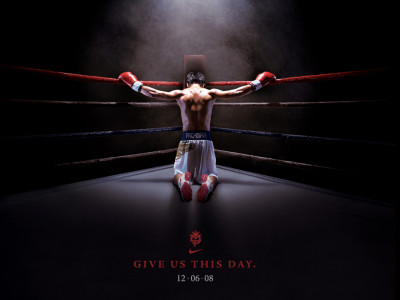 As a society, we imbue our celebrity athletes with mythic status. Companies create heroic ad campaigns and them. We put up statues of them. We chant their names, we buy their branded shoes and clothes, we scrutinize their every move. If all sport is an allegory of war, they are our Hercules. They cease to be just individual athletes—infused with our hopes and dreams, they become us.

Years after after my encounter with LeBron James, I mulled on a science fiction story about a star athlete in the distant future, who comes to represent the planet of Earth at a time when Earth desperately needs someone inspirational to root for. A prodigious teenager, who has to struggle with the pressure placed on him by an entire planet, amid personal challenges and moral dilemmas he can’t fathom.

At its heart, my action sci-fi novel, which released last week, is a sports drama about one athlete, and also about our societal relationship to those we expect to represent us. That’s the power of science fiction, to take what is familiar today, place it in a new context, and hold it back up to us.

Mostly though, it’s about the zero gravity fight scenes.

A rising star in the weightless combat sport of zeroboxing, Carr “the Raptor” Luka dreams of winning the championship title. Recognizing his talent, the Zero Gravity Fighting Association assigns Risha, an ambitious and beautiful Martian colonist, to be his brandhelm––a personal marketing strategist. It isn’t long before she’s made Carr into a popular celebrity and stolen his heart along the way.

As his fame grows, Carr becomes an inspirational hero on Earth, a once-great planet that’s fallen into the shadow of its more prosperous colonies. But when Carr discovers a far-reaching criminal scheme, he becomes the keeper of a devastating secret. Not only will his choices place everything he cares about in jeopardy, but they may also spill the violence from the sports arena into the solar system.

Fonda Lee writes science fiction and fantasy for teens and adults. Zeroboxer (from Flux/Llewellyn) is her debut novel. Fonda is a recovering corporate strategist, an avid martial artist, a fan of smart action movies, and an Eggs Benedict enthusiast. You can find Fonda at www.fondalee.com, on Twitter (@fondajlee), Facebook, Tumblr, and Goodreads.

For more Zeroboxer excitement, check out the other online and live launch events including readings, blog posts, interviews, giveaways, and special features.

We are giving away one copy of Zeroboxer to celebrate the release of the book! The giveaway is open to all and will run until Sunday April 19 at 12:01am EST. To enter, use the form below.