Who: Sophia McDougall, Scifi and Fantasy writer, author of one of our top Middle Grade reads of 2014, Mars Evacuees 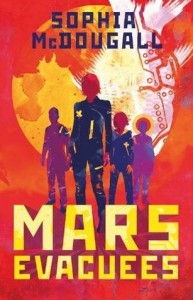 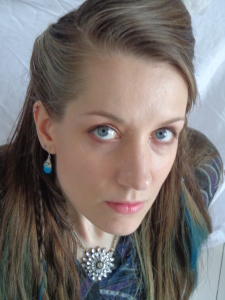 Please give a warm welcome to Sophia, everyone!

Hey, I actually did read a fair number of 2014 books in 2014! Normally I am at least three years late to everything. And indeed, many of my favourite discoveries of last year were years or even decades old, and many of the books I’m most looking forward to have been around for a while. It is very likely that you do not need to be told that you should read Shirley Jackson, Mary Stewart and L.M Montgomery’s non-Anne Of Green Gables work, but I wish someone had told me these things earlier, so before we carry on: if you haven’t read We Have Always Lived in the Castle, Madam Will You Talk, or The Blue Castle, and yet you feel a need for a creepy psychodrama, a splendidly civilised car-chase around the French Pyrenees, or to learn how telling your controlling family where to get off can lead to true love, go and look up those things.

The Quick by Lauren Owen 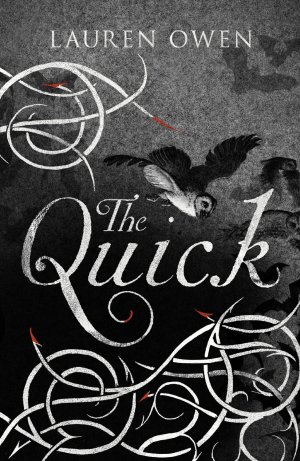 The Quick caught my attention by being blurbed by both Kate Atkinson and Hilary Mantel. I’d have been impressed by either name, both together they could hardly be wrong. I was also feeling a little genre’d out, a little sick of magic, monsters and aliens, and ready for something literary and historical. But, if you want to make the genre gods laugh, tell them your plans. Until around page 100, this is mostly an exploration of a sibling relationship in 1870s Yorkshire, and a poignant story of queer young love in 1890s London. Then, bam. Vampires. No mention of them anywhere on the cover or in many of the reviews. Nevertheless. Vampires.

Now if there’s any SFF construct that’s been overworked so hard as to beg for a stake through the heart, surely it’s vampires. However, the late arrival of Owen’s bloodsuckers, the solid grounding in the human world that precedes them, endows them with a surprising degree of life. They are at once human and monstrous, pitiable and terrifying – not unlike Let The Right One In, Owen takes us right inside what vampirism feels like. Gothic, historical, urban fantasy, and featuring a pair of vampire hunters who wouldn’t be out of place in a steampunk superhero comic; The Quick is not so much a genre fusion as a genre mosiac. At times some of the juxtapositions felt a little startling – melancholy social commentary and compassionate character study shifts to breakneck action adventure and back again. But as I caught myself being startled I wondered just when I’d accepted the idea that genre boundaries should only be approached with extreme caution and a permit– when I’d begun my writing career fully determined to ignore them. The Quick is peculiar, and thank God for peculiar books. I was gripped throughout.

2014 saw the conclusion of Sarah Rees Brennan’s series of web fiction, originally intended as a companion to the short in Monstrous Affections, also published last year. Turn of the Story won my heart as the agent of a playful and witty dissection of children’s fantasy tropes. Transported to a magical world as a thirteen-year-old and called to defend it, Elliot Schafer is not slow to notice the glaring ethical issues that the Pevensies, Potters, and Murrays that precede him seem to have missed: recruiting children to fight in a war, magical or otherwise, is morally bankrupt: “We’re child soldiers?!” Elliot exclaims. At first sight a spoof or parody, Turn/Wings soon reveals an earnest heart in its depiction of the pains and exhilaration of first love and hard-won friendship. It’s just as insightful on gender as genre, especially memorable for Serene-Heart-in-the-Chaos-of-Battle, a young warrior from an Elvish matriarchy, with gallant yet old-fashioned ideas about the role of the gentler sex – men. 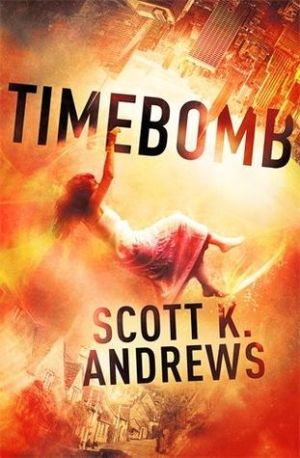 Born centuries apart, Timebomb‘s pleasingly diverse young cast find themselves snatched first into the present then into the 1640s,– tackling potent (yet oddly adorable) baddies, Civil War soldiers, and most troublingly, visits from their future selves. Timebomb tackles dizzying paradoxes at an exhilarating pace. This is the first of a trilogy and there’s a lot we still don’t know at the end of this volume. I’ll expect Jana and Kaz’s characters’ to be more fleshed out in the sequels along with the answers to the many questions we’re left with, but Dora, the shy seventeenth-century serving maid who receives the bulk of the novel’s emotional focus repays it amply. She’s perhaps the least likely character of the set to take on primary point-of-view duties – convention would surely dictate that Kaz, from 2014, would be the obvious audience stand-in, as everything that’s unfamiliar to the more worldly-wise Jana and Kaz is triply so to her. But Dora’s gradual growth – or unravelment – from helpless victim to dangerous survivor is skilfully handled and a reveal at the end implies fascinating things for her direction in book 2.

Its sequel (If anyone knows the title, help me out!) is one of my anticipated reads of 2015, others are… 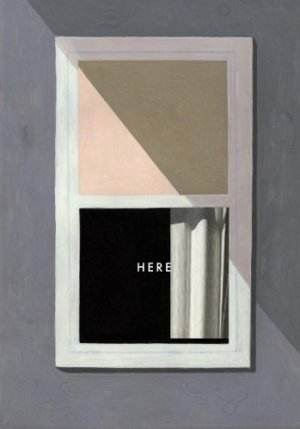 This kind of belongs in both the memorable and the anticipated category, as it was a present and I started reading it on Christmas Day, and am looking forward to enough time to finish it in one sitting. Yes, okay, therefore not a 2015 release. But it looks amazing.

I’ve always been fascinated by the idea that every inch of space contains the truth of its whole past and future, even though it’s completely intangible. I used to swim (er, this was not strictly allowed) in the reservoir at Bewl Water which was only twenty or so years old at the time – I knew there were drowned roads and even ruined buildings beneath me. From the point of view of anyone living there for hundreds or thousands of years before, I’d be swimming through the sky. Here is a graphic novel about exactly that vertiginous reality. Focusing on a single corner of a room, the art layers moments over each other, so that three women dance “together”, and in the 30’s, 90s, and 2010’s. A man dies “while” the virgin woodland that will contain the house stands silent in the deep past. The inhabitants of this space exist in an unknowing intimacy with each other and yet cannot touch.

An Untamed State by Roxane Gay 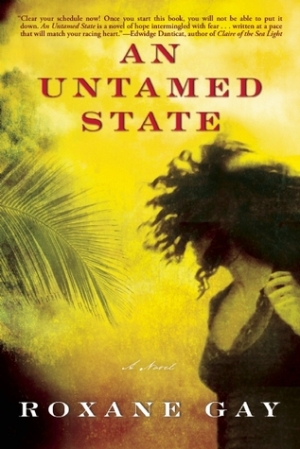 This story of a woman’s kidnapping and the aftermath sounds pretty harrowing, but I like the cut of Roxane Gay’s jib and I saw people raving about it on The Toast, but it didn’t seem to be available on Kobo so I concluded it wasn’t out in the UK at all. This appears to be wrong and I will acquire An Untamed State in 2015! 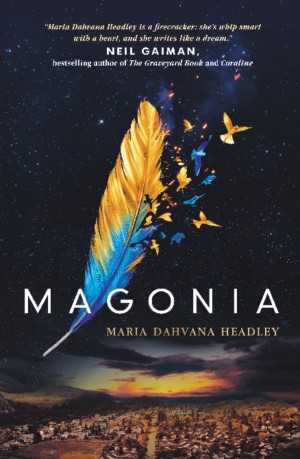 Look, a real 2015 release! I seem to be telling several “I was sceptical, but…” stories here, but when I first heard about Magonia I wasn’t sure the world needed more sky pirates any more than it needed more vampires.

I should have remembered what I already knew from Maria Dahavana Headley’s short fiction — her writing is hypnotic and beautiful. A couple of quotes from Magonia and the wait till its publication seemed far too long. Magonia looks to be as much about illness, disability and mortality as magic and adventure. The heroine, afflicted with a fatal lung condition is not merely dreaming of somewhere over the rainbow but turning dying eyes upwards and glimpsing something extraordinary. This quote, as the heroine experiences what she believes to be her last moments made me particularly impatient:

“I feel the entire inside of my body folding up, some kind of awful origami. I thought it would hurt, but the pain I’ve been feeling forever and ever is actually something that’s ceasing to matter to me, just like my bones no longer matter to me, and I inhale, and exhale, and

Ships in the sky”

(And I’m going to sneak in here that in 2015 I’m looking forward to the American publication of Mars Evacuees and the British publication of its sequel, Space Hostages. Expect bejewelled imperialist romantic lobster-people and three characters plunging from orbit to ground without a spaceship or a parachute…)