After a December and January hiatus – Smugglivus Rules All – it is time to get back to our regular Old School Wednesdays Readalong poll! You can vote on which title you’d like to read next month by using the poll embedded below. The readalong will take place on February 25, 2015. 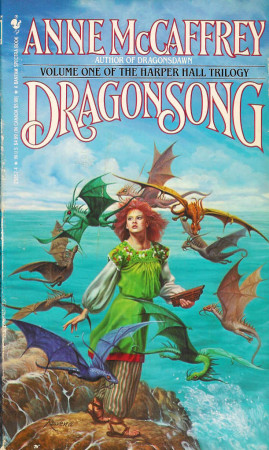 Every two hundred years or so, shimmering threads fall, raining black ruin on Pern. The great dragons of Pern hurl themselves through the beleaguered skies, flaming tongues of fire to destroy deadly Thread and save the planet. It was not Threadfall that made Menolly unhappy. It was her father who betrayed her ambition to be a Harper, who thwarted her love of music. Menolly had no choice but to run away. She came upon a group of fire lizards, wild relatives of the fire-breathing dragons. Her music swirled about them; she taught nine to sing, suddenly Menolly was no longer alone.

The Hounds of the Morrigan by Pat O’Shea 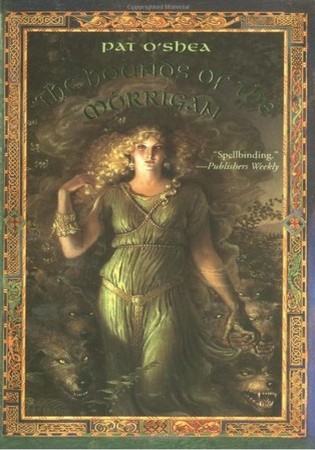 A wonderfully written fantasy set in the west of Ireland, which tells of the coming of the Great Queen who is bent on bringing destruction to the world. Only Pidge and Brigit can stop her, and their task seems impossible as they’re constantly trailed by the queen’s hounds. But they’re aided in their quest by a host of willing helpers – a glorious array of unforgettable characters.

The Eyes of the Dragon by Stephen King 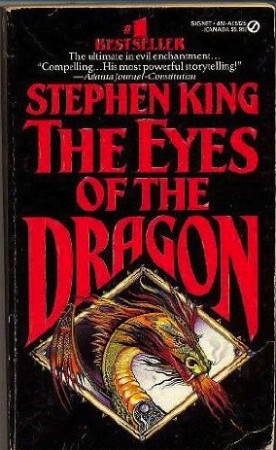 A fantasy of heroic adventure, set in the kingdom of Delain. It involves a king who is poisoned, a young and beautiful queen, a prince locked in a high tower while his younger brother assumes the throne, and an evil magician who harbours terrible secrets and malevolent plans.

Theodosia and the Serpents of Chaos by R.L. LaFevers 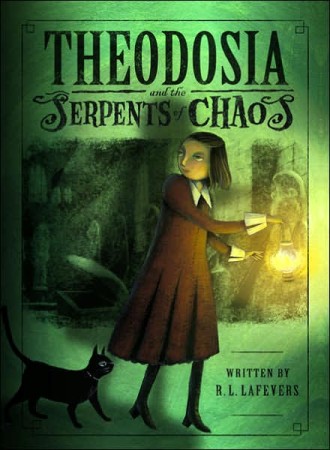 His Majesty’s Dragon by Naomi Novik 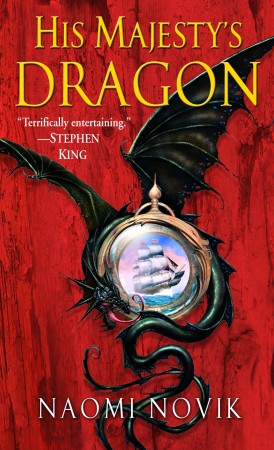 Aerial combat brings a thrilling new dimension to the Napoleonic Wars as valiant warriors ride mighty fighting dragons, bred for size or speed. When HMS Reliant captures a French frigate and seizes the precious cargo, an unhatched dragon egg, fate sweeps Captain Will Laurence from his seafaring life into an uncertain future – and an unexpected kinship with a most extraordinary creature.

Thrust into the rarified world of the Aerial Corps as master of the dragon Temeraire, he will face a crash course in the daring tactics of airborne battle. For as France’s own dragon-borne forces rally to breach British soil in Bonaparte’s boldest gambit, Laurence and Temeraire must soar into their own baptism of fire.

Get voting, and we hope to see you on February 25!

Joint Review: The Moon Is A Harsh Mistress by Robert A. Heinlein