Today we are delighted to be a stop on the official blog tour for This Shattered World by Amie Kaufman and Meagan Spooner. Thea loved These Broken Stars, the first book in this trilogy, so of course we were thrilled to be asked to host a stop on the tour for Smugglivus!

Here to talk about the behind the scenes creation of the This Shattered World audiobook, please give it up for Amie and Meagan!

How audiobooks come to be has always been somewhat of a mystery—to us included, even after having had one published! We were so blown away by the first audiobook production for These Broken Stars, which was almost halfway between an audiobook and a radio play, that when it came time for This Shattered World to come to life, we knew we wanted to get the inside scoop.

Stay tuned below to listen the first ten minutes of the This Shattered World audiobook, featuring Donnabella Mortel as Jubilee Chase. You’re going to love it.

Most of the time, authors don’t have much to do with the production of their audiobooks. Like TV/movie deals and foreign editions, authors often bid farewell to their words once the rights leave their clutches, and it becomes someone else’s baby. But we were so fortunate to have a fantastic, consultative partnership with our audiobook producer. We got to hear first thoughts on how to bring the book to life, weigh in on how to make the interstitials—which are completely different from the interrogation scenes in book one—feel as creepy and mysterious as possible, and even offer up our thoughts on who to cast for the narrators!

Janet Stark, our brilliant producer with Random House Audio, already knew she wanted Callard Harris to narrate for Flynn, our rebel-with-a-heart-of-gold. But she wanted to make sure we were on board and sent us his reel… and we were sold five seconds in. His voice is full of passion and vulnerability and strength—Flynn to a tee! He even looks a little like Flynn, which while not necessary in audiobook work, certainly doesn’t hurt. I mean, just look at him. Sigh. 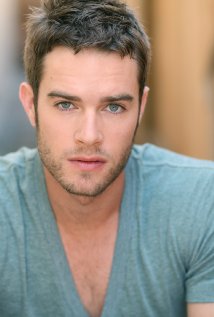 Callard has done a lot of work on television, so we asked him how audiobook work was different.

Callard: “On set, we spend 99% of our time sitting around waiting to film. Narrating an audiobook [involves] actually recording performance 99% of the time. I have also heard the expression that 99% of all statistics are wrong, so please disregard all of those aforementioned.”

Oh dear, he’s charming, too! Could we have possibly gotten a better guy to be Flynn? We think not.

When it came time to choose the narrator for Jubilee, Janet sent us samples of three different actresses reading the first chapter of the book. While all three were truly wonderful, we both fell in love with Donnabella Mortel’s performance. As it turns out, she was Janet’s favorite too, but she wanted to let us have the final say!

She’s absolutely nailed Jubilee’s sarcasm, her loyalty, her not-so-buried heart, and we adore her for it. We asked her whether she did anything special to get into the role. 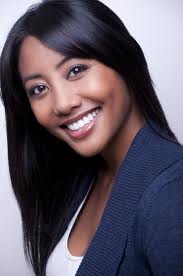 Donnabella: “Truthfully—it was a match made in heaven.  She and I are very different, but for some reason, it took very little effort to connect to her soul and fire.  I have always had a dynamic voice, and it was an honor to channel that into the most dynamic of all characters—Captain Jubilee Chase.  From the first two pages alone, I knew just how special she was.  I did not, however, foresee just how deeply she would affect me.  She has taught me lessons of loyalty, love, passion, toughness, forgiveness, and vulnerability.  I assure you, I will never look at stars the same way again.”

We wanted to know more about how the actual recording process went, so we asked our narrators how they went about it. For both actors, This Shattered World was the first audiobook they’d done, so we got the skinny! 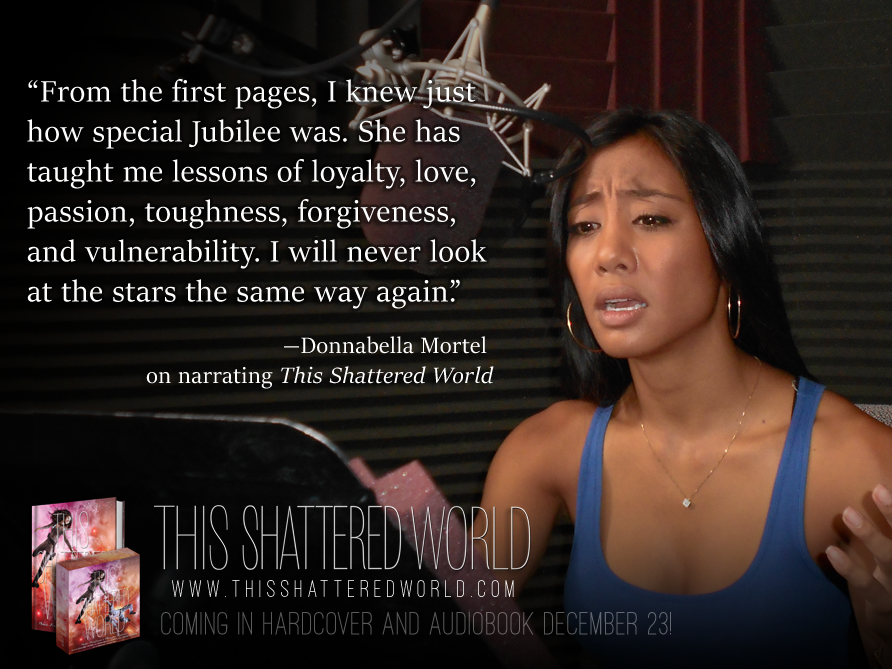 Donnabella: “I couldn’t have asked for a better first audiobook to narrate! In order to tell a truthful story and honor the arc, I needed to read the entire book. Believe me, it wasn’t a chore; I was addicted for days! Before recording, I would skim through each chapter so I was clear on where I was coming from and where I was going. Having done so much creation work, it was easy for me to plug into Jubilee without any notes in the margins.”

Callard: “I’d say there is no refined process yet [for me]. Eventually my process will fall somewhere in-between diving right in and a wall full of notes, maps, and colorful pins connected by different shades of yarn.”

The narrators could stop at any time and re-record something if they felt it wasn’t right, and were helped and advised in this by project director Danny Campbell. Callard, after explaining how he’s averse to using the word “amazing” when it seems like all performers are using it in publicity interviews, had this to say:

Callard: “Now that you understand my averse nature toward using the word amazing, I can honestly say working with Danny Campbell was just that (amazing). See what I did there… didn’t actually say it, because it’s protected by parenthesis. Danny took every one of [my mistakes] in stride and remained my beacon of light through the whole book.” 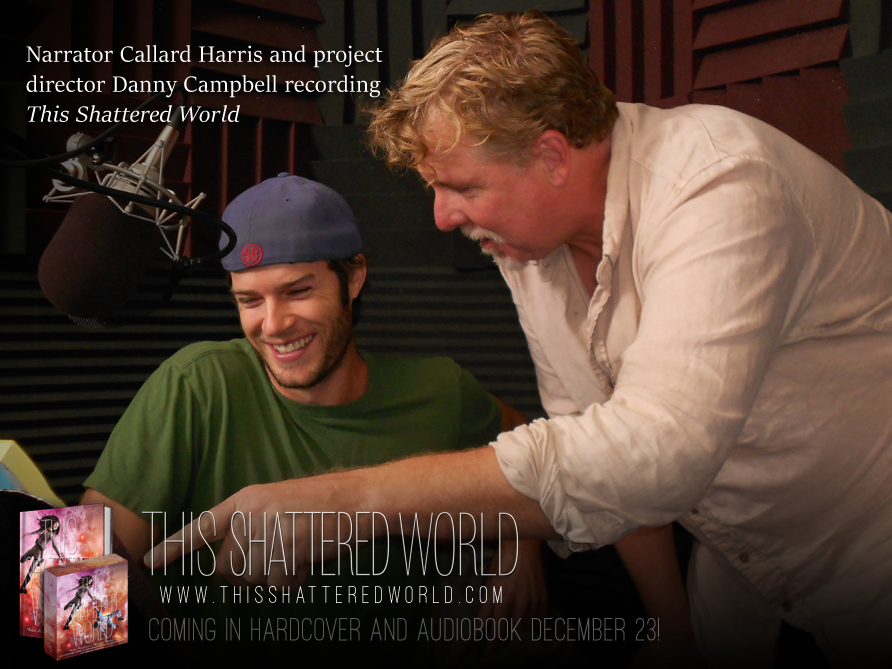 We finished up by asking the actors to tell us (spoiler-free!) what their favorite parts of This Shattered World were when it came to their narrative performances.

Callard: “There is a moment in the book, and I have to be vague here, which reminded me of moments from characters in The Matrix and Independence Day. The magnitude of Flynn’s situation and the opportunity for change resonate in time. I really enjoyed living in that moment.”

Donnabella: “I’m so in love with the entire story, but if I had to pick a favorite part to perform, it would be the entire climax.  It’s so action-packed, emotional, and surprising that you can’t help but be swept away.  There were definitely moments that brought tears to my eyes.  That type of genuine connection to a human experience is what an actor lives for.”

We’d love to have been flies on the wall during the studio recording sessions, but getting to hear straight from the narrators what it was like is almost as good! Be sure to check out the first ten minutes of the audiobook HERE—and hear Donnabella reading Jubilee!

Make sure to check out the other stops on the tour! 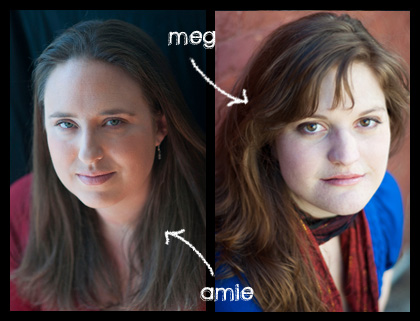 Amie Kaufman and Meagan Spooner are longtime friends and sometime flatmates who have traveled the world (but not yet the galaxy), covering every continent between them. They are sure outer space is only a matter of time. Meagan, who is also the author of the Skylark trilogy, currently lives in Asheville, NC, while Amie lives in Melbourne, Australia. Although they currently live apart, they are united by their love of space opera, road trips, and second breakfasts.

Visit the These Broken Stars website for the latest news on the series and follow the authors on Twitter at @AmieKaufman and @MeaganSpooner. This Shattered World is available for pre-order (with fun swag) and will be released in North America on December 23, 2014.

Enter for a chance to win by using the form below. Good luck!