Who: Foz Meadows, of Shattersnipe: Malcontent & Rainbows, a blog dedicated to speculative fiction fandom in all its forms. She also is the Hugo-award nominated Best Fan Writer, and a contributor for A Dribble of Ink, Strange Horizons, Huffington Post, and Black Gate. Oh, yeah, and she is also the author of Solace and Grief and The Key to Starveldt! 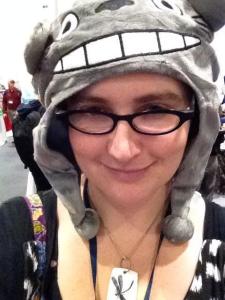 Please give it up for Foz, folks!

Three Things That Make Me Happy

2014 has been something of a tempestuous year for me, personally: I’ve been up and down and all over the place, and now that the end is approaching and I’m finally, tentatively, getting a handle on my life, it’s left me with a powerful desire to focus on things that make me happy. So, in no particular order, here are three things/people that have made me smile despite the many stresses of the past year.

1. Mark Oshiro
Seriously you guys, Mark Oshiro – of Mark Watches and Mark Reads – is what you would colloquially refer to as good people. In addition to being basically the sweetest human being alive, what he does – reading books and watching shows, unspoiled, on video, while providing touching, funny, insightful, inclusive meta on it all, both written and verbal – is fucking important. He has an amazing capacity for narrative analysis, but what makes him so utterly wonderful is the sheer delight he exhibits in what he does. You can’t falsify real happiness, and one of the most amazing parts of belonging to a fandom is encouraging newcomers to share in the things you love. Each of us only gets one first time at encountering a story, but when we introduce someone else to a favourite book or show, we get to live that moment again by proxy, and Mark is basically perfect at this. Even when what he’s reading or watching is dealing with heavy themes or outright trying to emotionally cripple its audience (Supernatural, I am looking squarely at you), Mark’s approach is emotive, heartfelt and – above all – joyful, proving definitively that criticism doesn’t have to be scathing in order to be funny. 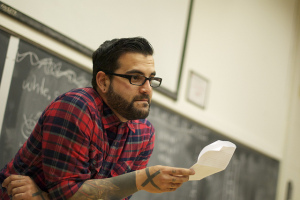 2. Fanfiction
Listen, I won’t lie to you guys: fanfiction has been my fucking anchor this year, for reasons that can best be summarised as smut makes me happy – plus and also, writing fiction without any commercial or professional pressure whatsoever is both refreshing as hell and deeply satisfying, and at a time when I’ve doubted my ability to word on a daily basis, fanfiction has kept me going. Which is why I’ve written some 255,000 words of Destiel slash since June, shut up this is a judgement-free zone, don’t even look at me like that. I’ve made some amazing friends because of fanfiction, I’ve improved as a writer by about 900% by using it as a way to push my usual comfort zones – a fact I’ve been able to appreciate even while struggling to believe in myself – and, look. Fanfiction makes me happy, because it basically exists to make people happy, literally this is what it does, and if it happens to involve Dean Winchester and Castiel getting it on (or Derek Hale and Stiles Stilinski, shut up), then so much the better. 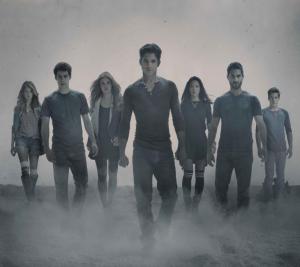 3. Teen Wolf
A year or so ago, I watched the first episode of Teen Wolf, liked it, and then somehow never got around to watching any more of the show, what with the whole new parenting thing and about a bajillion other small crises taking up my time. But this year, finally, I got back to it, and – holy mother of god. Look, I have so many feelings about Teen Wolf, I really need to write a whole post to do them justice, but among its many points of awesome (Danny Mahealani and Malia Tate are my fucking babies, do not touch them) is the fact that the show is a multishipper’s delight. It is pretty much impossible to watch Teen Wolf without shipping everyone with everyone, and I’ve finally figured out why: it’s because, apart from having a big ensemble cast, Teen Wolf regularly mixes up the character interactions in a way that’s almost unprecedented.

Even in shows with similarly broad casts, the protagonists usually appear in set groupings, so that certain characters, even when they appear in group scenes together, don’t really interact. But in Teen Wolf, you never know from episode to episode who’s going to be talking to whom, and not only does it flesh out the characterisation wonderfully – because everyone behaves differently depending on the context – but given how many of the scenes are emotionally intense, it provides an endless source of shipping fodder. In ordinary shows, tense scenes, and especially hurt/comfort scenes, are usually the sole province of established or endgame couples, the better to fuel romantic tension; but in Teen Wolf, pretty much everyone gets at least one heavy scene with everyone else, and it’s amazing.

Plus and also, Tyler Hoechlin should probably be banned from wearing shirts forever. For, uh, science. Yeah. I’m just saying!