Who: Michal Wojcik, whose short fiction has appeared in On Spec: The Canadian Magazine of the Fantastic and Daily Science Fiction. He also wrote one of Book Smugglers Publishing’s short stories, Mrs Yaga, which you can read here. 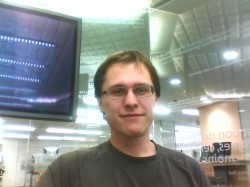 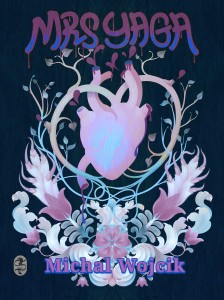 Please give a warm welcome to Michal, everyone!

Happy Smugglivus, one and all! In preparing for this post, I realized that I failed to read anything published in 2014, which demonstrates my amazing ability to keep up with the current state of the field. Impressive, huh? So instead of “the best books published this year”, here’s a list of the books I read in 2014 that stuck with me the most, regardless of publication date. 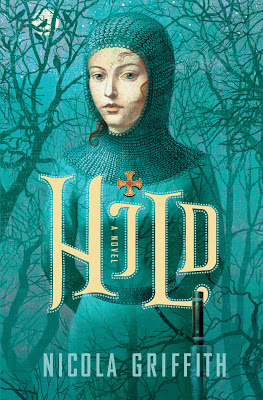 I have a…fraught relationship with historical fiction. I partially blame this on reading a few doorstopper historical novels by Gary Jennings when I was twelve (not recommended), which probably had some bizarre and negative effects on my adolescent development. Later on, studying history as an undergrad and for my MA made me a nitpicky bore. I tend to care about niggling details and approaches to history in fiction that almost nobody else cares about, and explaining why without delving into opaque historical theory is next to impossible. Let’s just say there are many ways a historical novel can go wrong for me. And yet, some of my favourite books of all time are historical novels. Because when it’s done right, it can be amazing.

Nicola Griffith’s Hild (2013) is one of those books. Yet strangely, any time I encountered any promotion of the novel online it was inevitably in science fiction and fantasy circles (maybe not so strangely, since Griffith is no stranger to science fiction). Blurbs on the hardcover made reference to Game of Thrones and it got nominated for a Nebula. Yet Hild isn’t a historical fantasy, at least in the sense that there are no supernatural elements that you can’t explain through natural means. This in itself is an interesting frame through which to view the novel. There was a bit of discussion swirling around about how Griffith used the tools of fantastic literature to breathe life into a historical setting that, by the nature of its distance from us, is just as alien as Middle Earth or Nyumbani. The temporal disconnect comes out even more starkly in the chosen setting of Hild: seventh-century Britain, a mysterious “dark age” insofar as written records from the time and place are few and far between. Such is also the case with the material behind the title character. St. Hilda of Whitby existed, certainly, but all we know about her life lies in a short passage from the Venerable Bede’s Ecclesiastical History of the English People. And Hild, as the beginning of a promised series covering the life of St. Hilda, only makes use of about a sentence from Bede.

In the gaps of the historical account, Griffith weaves a richly detailed imagining of Northumbria-as-it-was, meticulously researched, elegantly constructed, “world-building” to the extent of imagining a past to the same extent as you imagine a secondary world. It’s a marvellous reconstruction born from utter commitment to the setting—characters live and breathe their environment, their worldview. They’re alien yet familiar, odd to us yet oddly normal. My only complaint isn’t much of a complaint at all: While Hild has a court of believably flawed people occupying every station surrounding her, Hild herself seems too elevated, too perfect, too intelligent, too mature for her age, and invariably distant. Her reputation for prophecy arises not from any godly gift but her unusually sharp wit (“bright mind”), her ability to follow events to their natural conclusion in such an astute way her abilities do seem supernatural. It’s not a flaw, since this distance arises because Hild takes its stylings from medieval hagiography. She is supposed to be “too much”, and a great deal of the joy of reading Hild is seeing the effect of such an extraordinary person on others, especially when painted against the background of the introduction of Christianity among the pagan Anglo-Saxons and Griffith’s exploration of how a seer can become a saint. 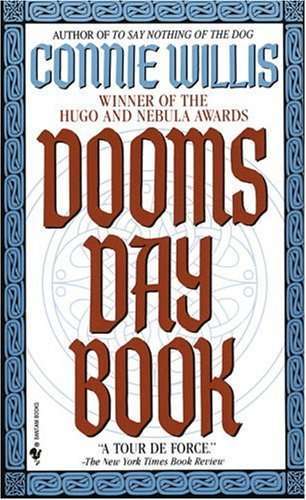 I only discovered Connie Willis last year with To Say Nothing of the Dog, and I wish I’d read her earlier—once I pick up a Willis book I can’t stop myself from snatching every spare moment I can until I finish the damn book. The time travel novels are especially insidious this way since they amount to a wish-fulfillment fantasy for anyone who’s studied history in uni: corporations abandon time travel technology ‘cause they can’t find a way to make money off of it, leaving academic historians to go on adventures in the past. Awesome. Time travel scenarios also neatly elide something that bugs me in lots of historical novels: the sympathetic historical protagonist who thinks and acts like a twentieth/twenty-first century Westerner even when the setting makes this either unlikely or impossible. Boom—your protagonist is from the twentieth/twenty-first century. Problem solved!

Doomsday Book (1992) was the second Willis I read and it was…quite a contrast to To Say Nothing of the Dog.

Kivrin is a bright-faced grad student from Oxford ready to make the first ever journey back to the Middle Ages. However, a mishap inadvertently plunks her in 1348, literally the worst year in medieval English history you could find yourself in. What follows is an utterly harrowing tale of survival as the Black Death comes to an English village. Kivrin, inoculated against the disease, has to watch an apocalypse scenario as it unfolds. You could niggle about some historical details (which I’m wont to do) but the story is just so compelling and, ultimately, heartbreaking that you can’t help but get swept away.

Sure, I’m praising it late. Doomsday Book has won about a million awards and is well-loved for a reason, but praise it new, I say! 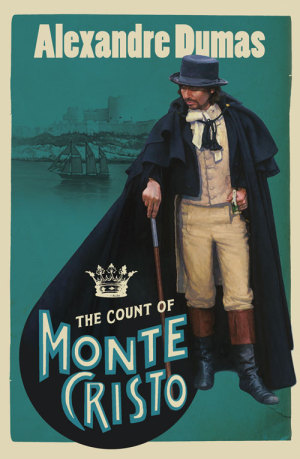 Talk about praising late and reaching back. I read The Three Musketeers a few years ago and enjoyed it immensely; this year I came across a matching edition of The Count of Monte Cristo (er…1844) at the local used bookstore and had to buy it if only for bookshelf aesthetics. The Three Musketeers reached down into some dark places amid the swashbuckling adventure, The Count of Monte Cristo goes rather deeper into those themes of revenge and violence. We follow Edmond Dantès after he is wrongly accused and thrown into the terrible prison of the Château d’If. After many years he escapes with an undreamed-of fortune and begins plotting the downfall of those responsible for his incarceration. But this is no ordinary tale of vengeance, for Edmond is perhaps the most patient person who ever lived. His style of retribution involves facilitating the self-destructive natures of his enemies instead of attacking them directly. His betrayers all come to deliciously appropriate ends. It’s more satisfying than I’d like to admit. Dantès’s schemes are just so perfect.

Couple that with the shifting landscape of French politics in the decades following Napoleon’s exile to Elba and you end up with an intricately-plotted, many-threaded novel that manages to somehow not be exhausting. Alexandre Dumas was a master of pacing in that regard.

Oh, and we also find out that Lord Byron believed in vampires. Who knew? Well, besides Tim Powers? 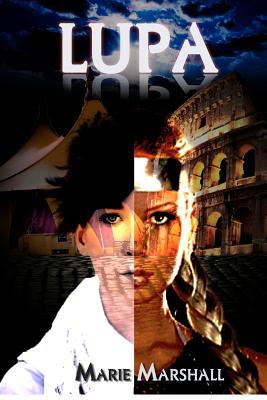 I got the ebook of Lupa (2012) nearly a year ago in a giveaway on Marie Marshall’s blog. I’m a fan of her poetry and I was curious what her fiction was like—this is her first novel. I didn’t actually get around to reading it until I finally bought an e-reader a few months ago. By then, I’d sort of forgotten about it, but boy am I glad I found it sitting on my hard drive.

Lupa tells the story of Jelena, a former circus performer who fled the Balkans after the disintegration of Yugoslavia. An accident puts her out of work, and now she loafs around Rome watching spaghetti westerns while bearing an intense, almost irrational hatred for the city. Lupa also tells the story of a nameless young woman in Ancient Rome who runs away from her family’s villa to sell herself into slavery and train as a gladiator, taking on the moniker of Lupa, the she-wolf.

The two stories twine together increasingly tightly as the story progresses, Jelena believing more and more strongly that she is Lupa reborn. To say anything else about their true relationship would spoil it—everything comes together in a quiet and oddly moving ending. By then Lupa becomes (to circle around) just as much a musing on an individual’s personal relationship with history as it is a tale of an ass-kicking female gladiator and her modern-day counterpart. The writing is subdued, sparse, often mesmerizing. It’s a brisk read at only 130 pages, but I found myself thinking about it a long time after I read it. Let’s just say that there’s nary a wasted word her.

Coming from a South African micro press, and featuring some not-so-impressive cover art, Lupa is easily overlooked. But it shouldn’t be.

That’s all I got. Think you have any historical fiction in mind that won’t infuriate me? Recommend it below!