Who: Aliette de Bodard writer of speculative fiction with stories that have appeared in Interzone, Clarkesworld Magazine and the Year’s Best Science Fiction. Her novella On a Red Station, Drifting is a thing of beauty – reviewed here by Ana. 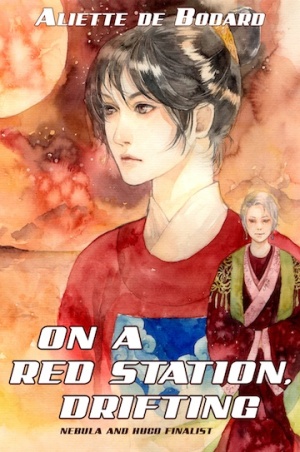 Everybody, please, a warm welcome to Aliette!

2014 has been (as is the custom) a very busy year for me, and I didn’t have a lot of time to read longer fiction. So a lot of my recommendations are going to be short fiction—and fortunately, the short fiction year has been a very good one, with a lot of good shorts at various lengths. I’ve tried, inasmuch as possible, to pick diverse fiction from easily accessible venues. 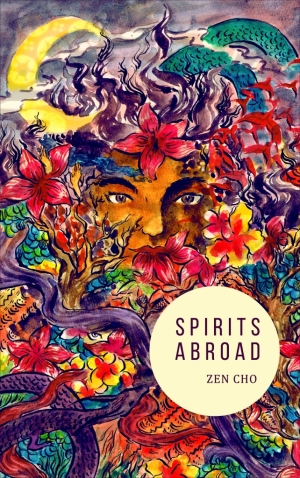 Zen Cho, Spirits Abroad. This collection of Cho’s fiction (published by Malaysian press Bukku Fixit and also available in a gorgeous ebook edition with art by Likhain) brings together her published fiction.

Highlights include “The House of Aunts”, a wry and poignant take on the pontianak (a traditional Malaysian monster akin to a female vampire), and the day-to-day complications of going to school and falling in love with a boy when you’re an ageless pontianak with a fondness for human innards and an entire household of overbearing aunts. I also quite liked “The Four Generations of Chang’e”, a portrayal of immigration to the moon, the loss and acquisition of culture; and the elegiac impossibility of returning home. 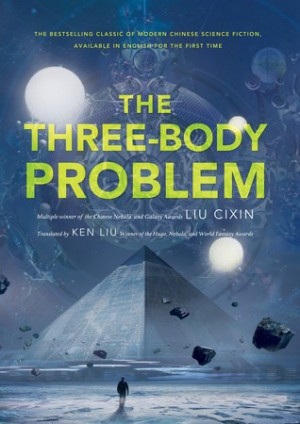 Liu Cixin, The Three-Body Problem. A Chinese man becomes obsessed with Three Body: the game seems fairly classic, asking the player to shepherd a civilisation to survival—but the rules are opaque, the difficulty unbelievable; and the more he plays, the more he realises that there is more to the game than meets the eye… The English translation of an unbelievably successful Chinese trilogy, this is hard SF at its best, and it’s not hard to see why this was such a success.

Kat Howard, “Hath No Fury”, Subterranean Spring 2014. This is a retelling of the Medea myth with a very strong, very relatable main character; and it also punches hard on the problematic elements of the myth. It’s not entirely unpredictable; but half the pleasure is how you get to the (much deserved) ending, rather than having it be a surprise.

“Santos de Sampaguitas”, by Alyssa Wong. The story of a maid in a wealthy Filipino household with a peculiar relationship to a dark, creepy god—and of what happens when she grows into her inheritance. It’s dark and atmospheric and gorgeous, and effortlessly captures the loneliness and the heartbreak of being called to a duty one does not quite know whether to embrace or reject. 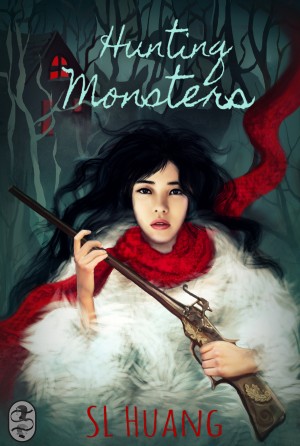 I would recommend this blog’s entire Winter 2014 short fiction run — diverse takes on fairytales with beautiful illustrations, with a tone ranging from horror to whimsy. My favourite was S.L. Huang’s “Hunting Monsters”, a dark retelling that fuses together many European fairytales and uses its frame to question agency, love and moral choices between three very strong (and very different) women across generations.

It’s, by now, no secret that I love Yoon Ha Lee, and I thought that “The Bonedrake’s Penance”, in Beneath Ceaseless Skies’ special science fantasy issue, was a particular highlight of the year: the story of a child brought up in a fortress by a bonedrake, a former weapon of mass destruction with a fondness for cupcakes—and of what happens when the outside world catches up with them both.

“From the Nothing, With Love”, by Project Itoh (in Haikasoru’s Phantasm Japan), is a savage deconstruction of the James Bond mythos, which also touches on issues of resurrection and consciousness. It gets a bit too philosophical for my personal taste at the end, but the basic concept (and its implementation) is sheer genius.

“Rib” by Yukimi Ogawa : a poignant tale of the relationship between a boy and a skeleton woman, which kept going places I didn’t expect it to.

“Blessed are the Hungry” by Victor Fernando R. Ocampo, Apex Magazine : a taut, horrific tale of a dictatorship on a beleaguered spaceship, and of revolutions. It falters a bit in its closing paragraphs (mostly because this feels like a part of something far, far larger), but the atmosphere it creates up to there is wonderfully done.

“The Construct Also Dreams of Flight” by Rochita Loenen-Ruiz, in Sarah Hans’s Steampunk World: women, a mechanical being and what freedom means, a taut, tense story with beautiful language. 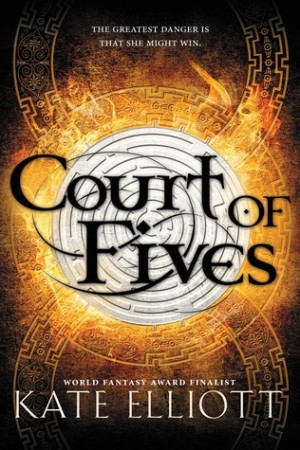 As to what I’m looking forward in 2015… Kate Elliott has two wonderful sounding books, Black Wolves (epic fantasy with an older, grizzled warrior woman), and The Court of Fives (a young adult fantasy. How can you not love something described as “Game of Thrones meets The Hunger Games meets Little Women“?). I really enjoyed the Spiritwalker trilogy and can’t help to see what those new books bring.

Also, Ken Liu’s The Grace of Kings, a silkpunk fantasy based on Chinese history and legends; Liu Cixin’s The Dark Forest, the next book in the Three-Body Trilogy, and Elizabeth Bear’s Karen Memory (spunky women in a steampunk Wild West). And new books by Alastair Reynolds, Justin Robson and Terry Pratchett!