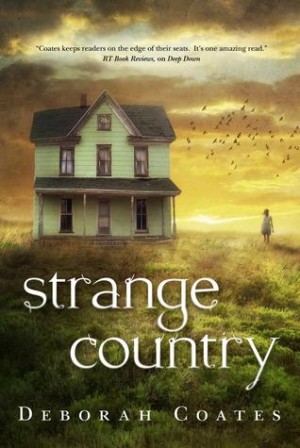 After facing Death himself and banishing a reaper bent on the destruction of Sheriff’s deputy Boyd Davies, Hallie Michaels had hoped things would finally settle down; that she and Boyd would find more time to spend together, and that the ghosts she attracts would stay in the cemeteries where they belong.

But on a wintry night in mid-December, a woman is murdered with a high-powered rifle. Not long after, another of West Prairie City’s citizens is killed in exactly the same way, drawing the attention of state investigators. But the connection between the victims is not easily uncovered.

Meanwhile, Hallie finds a note tied to post outside her home. “What do you fear most?” it asks, accompanied by a set of map coordinates. Over the next few days she receives an anonymous phone call, and a letter left for Hallie at the local ag supply. All pose the same question and offer the same set of coordinates. The mystery deepens, and Hallie must solve it before the body count rises again, in Strange Country by Deborah Coates.

Stand alone or series: Book 3 in the Wide Open trilogy

Why did I read this book: I really liked the first two books in the series – the second Deep Down a bit more than Wide Open. I’ve actually grown really fond of the characters over the course of these two books and wanted to see how it all ends.

**WARNING: This review contains unavoidable mild spoilers for books 1 and 2 in the trilogy. If you have not yet read Wide Open or Deep Down and wish to remain unspoiled, LOOK AWAY.**

After going deep down to the underworld and back up again, after facing Death and saving Boyd’s life, Hallie Michaels wishes for nothing but a bit of peace and quiet. But those are not in the books for her: she knows Death won’t leave her alone that easily, someone is taunting her by leaving scary notes telling her to face what she fears the most and there is a Unmaker on the loose, threatening everything that she holds dear.

Meanwhile, Sheriff’s deputy Boyd has problems of his own. He is grappling with the fact that he died – and came back – as well as with a sniper who has been targeting citizens of his county in a series of murders that might be related to something that has started 20 years before.

He also knows that something is up with Hallie and he feels her growing isolation more acutely than ever before.

Strange Country is the third (and as far as I know, final) book in the Wide Open series (trilogy?). The first thing that comes to mind when writing about it is how the book starts with a surprising change: the two first books in the series were exclusively from Hallie’s viewpoint but in this third book, Boyd shares the narrative. The novel actually opens with Boyd’s viewpoint and at first I was taken aback by this, more than anything because I simply missed Hallie’s voice so keenly. This is testament to how much I love her character: I wasn’t expecting Boyd’s narrative and I resented it to start with. But as the story progressed and things fell into place, it became clear how the author’s choice made perfect sense. It makes sense from a storytelling perspective because the events that took place in the previous book, made this series about Boyd as well. And it makes sense from a character perspective in the context of their budding romance and Hallie’s growing affection for him. In the end, I enjoyed learning more about Boyd and his internal struggles as much as I loved seeing his and Hallie’s growth into coupledom.

Strange Country not only gives closure to Hallie’s ongoing personal arc with an interesting, fitting conclusion but also (and this is perhaps one of my favourite things about the book) interconnects most of the strange, supernatural happenings that started all the way back in book 1. In many ways, Strange Country reinforces to me, the idea that the series is as much about West Prairie City and its inhabitants as it is about Hallie Michaels. I like that very much: I think about the moniker “Rural Fantasy” and the series’ vivid rural setting and how that setting is deeply ingrained into the story. It is possible to contrast and compare this to Urban Fantasy for the opposites and the parallels. The former comes from rural vs urban, the latter for the way both integrated their settings into the story.

Above all, I adore the series’ protagonist, Hallie. I love her arc and I love her resolution and fierceness. She is taciturn (like many of the characters in the series) and often hasty but never stupid. I appreciate how her arc was about choice and about coming to understand her place in the world:

Damnit. She wasn’t going to be afraid. Not anymore. She wanted this life. Here. The way it was all coming together. She couldn’t have it if she ran, if she hid out on the ranch. It wasn’t life then. It was just … living.

On the downside, the split narrative created a sense of….repetitiveness in the story. And considering how the characters’ reticence can be a bit nerve-wrecking, together those aspects made me feel like the story wasn’t going anywhere for a while, which made the ending a bit abrupt in how it wrapped-up certain aspects of the story.

Having said that, I highly recommend this trilogy for the vivid setting, the richness of the characters and for the lovely romance.

Reading Next: One Wish by Michelle Harrison 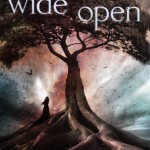 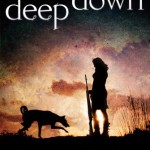 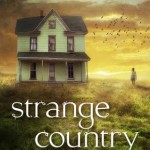 Courtesy of the publisher, we are giving away the entire trilogy to one lucky winner. Giveaway is open to residents in the US ONLY and will run until Saturday June 7 12:00AM. Use the form below to enter. Good luck.