Who: Mieneke, blogger, librarian, reader, who runs of A Fantastical Librarian. Posting reviews as well as thoughtful Blogger and Author interviews her blog is a must read for us. 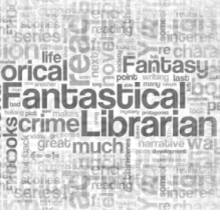 Please give it up for Mieneke, everybody!

When Ana and Thea asked me to be part of Smugglivus this year I said yes without hesitation. I’ve been reading The Book Smugglers ever since I discovered book blogs way back when and I’ve loved the Smugglivusses (Smugglivi?) of yesteryear. And then reality hit me: I was going to have to come up with another list. At which point dread set in. Because me and lists? We’re not the best of friends. Why you might ask? Because choices. I have a hard time making up my mind or rather making up my mind if I have to hit a certain number and only that number; I always want to add more! But it’s Smugglivus, so a list there shall be, in my case a list of my favourite YA novels I’ve read this year. Note there are seven, because obviously I couldn’t stick to only five! In alphabetical order my favourite YA novels for 2013 were: 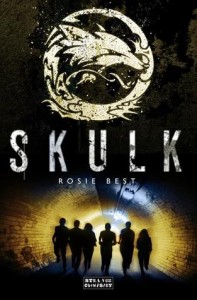 I’m a sucker for London settings and combine a magical London with shapeshifting foxes and a kick-ass heroine, who isn’t beautiful, talented, and perfect and I couldn’t help but love Skulk. While I was drawn to the shapeshifting foxes and the underlying mystery of the story, it was Meg and her relationship with those around her, especially her parents and, most importantly, her relationship with herself that caught my heart. 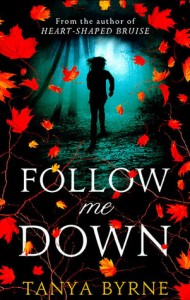 Last year my top debut was Tanya Byrne’s Heart-Shaped Bruise, so when time came to read Follow Me Down, I had some major Book Fear—what if it wasn’t as good as the last book? It was a completely unnecessary fear as this page-turning thriller about two best friends fighting for the same guy and the fall-out when one of them disappears. The story was dark and twisty and gave me all the feels and if you’ve not read Tanya Byrne yet, you’re missing out! 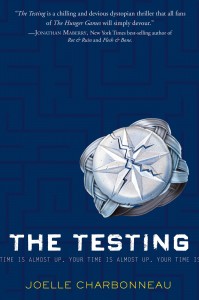 The Testing was my surprise book of the year. Having downloaded it from Netgalley as a Read Now offer on the premise that it was dystopian YA, so why not, I went into it without many expectations. And to say I was pleasantly surprised was an understatement. While there are some stock elements of dystopian YA – there have been quite a lot of comparisons to The Hunger Games and Divergent – Charbonneau asks complicated questions of the reader through Cia’s story, which I really enjoyed. If you’re looking to scratch a dystopian itch, The Testing will do it and as book two, Independent Study, is out next month, now is the time to jump in! 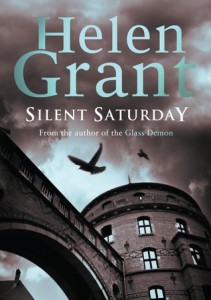 One YA mystery writer who definitely isn’t talked about enough is Helen Grant. Since being introduced to her work by Liz de Jager, I’ve been a fan and I’ve read all of her books. Silent Saturday is the first of her books that is part of a series and I was wondering how Grant’s writing would work for a series instead of a standalone. I was really happy that it worked fabulously and I loved this book’s Belgian heroine, Veerle. She’s constantly smothered by her mum and yet she doesn’t let it cow her. She goes out and tries to live her life as best she can; trying to balance her impatience with the consequences of her mum’s phobias with an infinitely patient compassion for her mum. Add to that a mysterious urban-adventuring organisation called De Koekoeken (The Cuckoos), a hot boy, and unexplained disappearances and once again Grant has written a gripping page-turner. 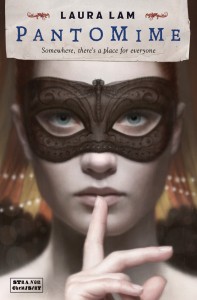 Technically I didn’t read Pantomime this year, as I read and reviewed it last December. But as this is a 2013 title, I’m including it here. I loved this book a lot. I liked its aesthetics, I loved Lam’s writing and I thought the dual identity of Micah and Gene was very well done and handled with care and respect. This novel approached complex subjects like intersexuality, homosexuality, and generally being considered Other, fearlessly. I got swallowed up by this story while reading it and it kept buzzing through my head long after I finished it. 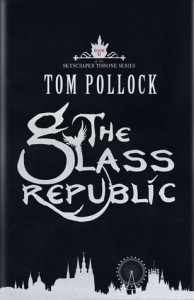 I loved Pollock’s first book The City’s Son with a passion and my expectations for The Glass Republic were high. And despite having some quibbles with it, Pollock didn’t disappoint. I loved this smart and exciting story about Pen. The book had so much to say about how much beauty is a societal construct and how much identity is wrapped up in how you look. Plus, Pen and Espel had to be one of my favourite couples this year.

Jennifer E. Smith – This Is What Happy Looks Like 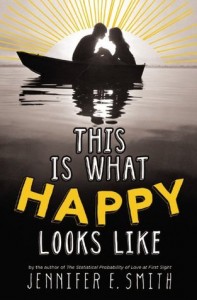 If there was one book that had me grinning from beginning to end, it was This Is What Happy Looks Like. It was such a lovely and funny read. Very romantic and fun, there were some definite serious overtones, mostly to do with love and friendship in the broadest sense. I loved the premise of the book and the way Ellie and Graham actually meet – through an accidental email in a modern day case of ‘wrong number’ – and the lovely and playful way their friendship and later romance develops.

Of course I’ve already been salivating over all of the wonderful books that will be coming our way next year. Here are my three most anticipated YA books (that aren’t sequels in a series) with a bonus MG title:

I can’t wait to get my hands on Otherbound. Duyvis is a Dutch writer writing in English, which makes my mind boggle as while I’m pretty fluent in English, I couldn’t imagine trying to write a novel in it. (For the record, I can’t imagine writing a novel, period.) Add to that the fascinating premise of the novel – its hero Nolan doesn’t see the back of his eyelids when he closes his eyes, but out of the eyes of Amara, a girl from a different world. They have to learn to work together to figure out why they are connected in this manner – and I was sold on Otherbound. 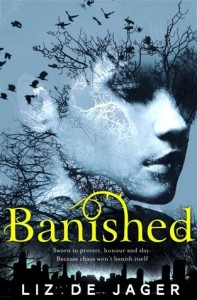 I have to add a disclaimer: Liz is actually a dear friend of mine and I’ve bits and pieces of the novel before it was bought by Tor UK. Having said that, I really can’t wait to read the final version and discover Kit’s story in full. I adore fairy tales and fantasy with the Fae in them (one of my favourite series for 2013 was Emma Newman’s Split Worlds series), so this book would have caught my attention in any case and the blurb makes Banished sound amazing. 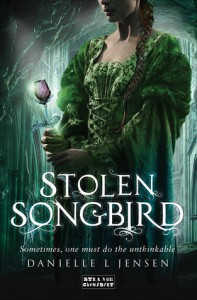 The premise for Stolen Songbird – a girl is stolen by the trolls as a bride for their prince and ends up falling in love with him and saving the half-human, half-troll slaves kept by the trolls – made me blink twice, but it sounded intriguing and fun. I have no idea what to expect from this book. Will it be Beauty and the Beast with trolls? Will it avoid coming off as a giant case of Stockholm Syndrome? I really don’t know, but I can’t wait to find out. Also, look at the pretty cover. I’m a sucker for a pretty cover! 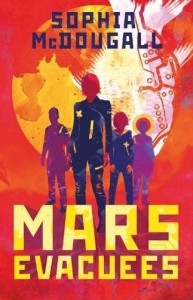 This is actually a MG novel, but as I’m really, really excited to read it, I couldn’t not include it here. I adore everything I’ve read by Sophia McDougall up till now, which admittedly has all been short fiction, but she has yet to disappoint, so the chance to read her in long form is a treat and writing for younger readers to boot. This story was inspired by McDougall reading about the children who were evacuated out of London during the Second World War as a child and wondering what would happen in the future; where would they send children then? Obviously Mars. That question formed the seed for Mars Evacuees and as someone who’s read a lot of WWII fiction and non-fiction it spoke to me loudly. I can’t wait to crack the book open.

So those are my picks for the first six months of 2014. Thank you to Thea and Ana for letting me join in the Smugglivus festivities, it was an honour. And to all of you, Happy Smugglivus, Merry Christmas and have a fantastic and book-filled 2014!